From one Down Under to another 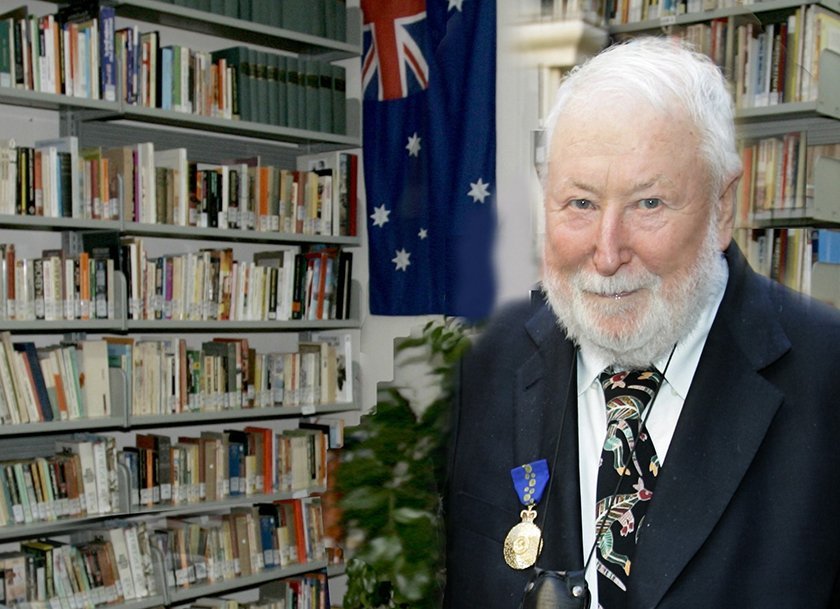 The late Bernard Hickey, an Australian champion in Italy.
A

ges ago, one of the features in the still popular “Reader’s Digest” magazine was a feature called “My most unforgettable character.”

Aside from our (more or less close) relatives, we all have someone who for whatever reason has left an unforgettable mark. I certainly have a few.

Until I met the late Bernard Hickey, an Australian professor of English literature at the University of Salento toward the end of the 1980s, my notions of what constituted “Down Under” consisted mostly of an awareness of kangaroos and merino sheep, from whose wool the pinstriped blue cloth of my wedding suit was made. For the rest, the Australia of my mind was like the vast wilderness of Africa as displayed by Latin cartographers: no man’s land, or terra incognita.

It took Hickey’s sparkling personality to awake my interest in his country, helped along by the books I would peruse while in his living room.

To tell the truth, Hickey was not my “first” Australian. Shortly before meeting him, I had encountered a team of archaeologists from the Universities of Sydney and Brisbane on a dig near a Bronze Age settlement not far from my place. I could hardly believe that a team of fifteen scholars and students had come from the other end of the world to study the relics of a mysterious Apulian civilization, the Messapians, that some three thousand years ago had built large cities surrounded by powerful stone walls. Rome was still a village of shepherds at the time.

Bernard would look at them, grinning as they climbed the floor-to-ceiling bookcases, and call them “my koalas.”

I would end up working with the excavation team one month a year for the next nine years as an amateur assistant. One afternoon soon after I’d started in, the director asked me if I might be interested in joining him and a few of his colleagues in meeting an Australian university professor based in Lecce.

This was the second of that sultry summer’s epiphanies, because meeting Hickey, as I did that evening, seemed by pure chance to fling open a sort of stargate, a portal into a separate world.

A smiling, portly man in a black tie, with a shock of white hair and white beard, Hickey was waiting for us at the bar of the top-notch Patria Hotel and its fabled restaurant. In those days, the Patria was for Lecce royalty. Though my chat with Hickey that night consisted mostly of elementary civilities, we did exchange just enough information to establish a link that would evolve into a long-lasting friendship.

Though I was two decades younger, he treated me as an equal. He told me he’d been born in Maryborough (Queensland, Australia) in 1931 and had only recently landed in Lecce after leaving Ca’ Foscari University in Venice, where he’d taught for almost twenty years. By the 1970s, he’d become the representative of Australian literature in Italy, or “Ozlit’s gentle ambassador in Italy,” as Brian Matthews would write in his obituary many years later. He pioneered Postcolonial literature in both Italy and the whole of pre-EU Europe.

In Venice, he created Italy’s first-ever university level class in Australian literature, also founding (and funding) a program to help get Australian authors to teach in Italy. He lived near Chiesa della Salute and one of his neighbors and friends was the American poet Ezra Pound, considered a seminal figure in the development of modern 20th-century literature. Peggy Guggenheim, who lived nearby, was also among his Venice friends. Attentive and curious, Hickey was always seeking new perspectives on life, literature, poetry, and art.

He took a deep interest in the Lecce-area digs and was eager to know the details regarding the finds.

Bernard, as he demanded I call him from the start, had the gift of conversation and would give you his undivided attention. He could talk about the most extraordinary things and people; he delighted in relating encounters he’d had with major writers and poets that, for any lover of literature, took on a mythic flavor.

Among others, he’d met Nobel laureate Patrick White, Sally Morgan, the great Aborigine writer Kath Walker (Oodgeroo Noonuccal), and the poet Les Murray (1938-2019), who never failed to send him his latest book of verse. Others on his illustrious list of writer friends were Peter Carey and David Malouf, who also spent a considerable amount of time in Italy.

He soon involved me in his whirlwind of activities. He was always devising journals and reviews to publish Australian and post-colonial writing, especially in Italian translation. One of these was “Terra Australis Italia,” of which he was the editor-in-chief, but immediately appointed me as deputy-managing editor, because “someone had to do the real job and fetch out the journal.” Which meant that I was also the copy editor, the translator, and the proofreader. He usually paid out of his own pocket for the printing of this work and always refused to sell a single copy. He would hand them out every time there was any sort of conference or a visit by Australian cultural authorities.

He saw the effort as contribution to making culture more visible. It was also a tribute to his native land, which had never strayed far from his heart despite his travels. Australia, he said, suffered from “the tyranny of distance.” 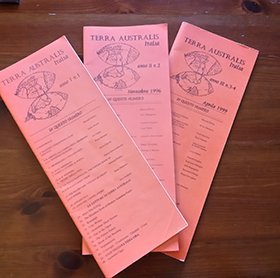 The pamphlet “Terra Australis Italia,” produced by Hickey (with the author’s assistance).

In his house in the old town side of Lecce, Bernard had a guest room he called the “poet’s room,” where I sometimes slept after an evening in town.

He would host Australian writers, poets, and artists, who could work there while eating potluck meals at his table, though he was hardly at ease in the kitchen. Often his visitors cooked.

Once, the Australian poet Paul Sherman, who was his guest more than once, came home with a basket of prickly pears, a southern Italian delicacy. Neither man knew what to do with them, so they boiled them, and spent the rest of the evening watching the result turn into inedible slosh.

He encouraged writers to send me their books, hoping that in time I would translate some of them into Italian, and I did end up translating quite a few of them — novels, stories, and poems by his Australian friends (and to this day I am still working as a translator). It’s something I would never have dreamed of undertaking had I not fatefully tagged along to that party at the hotel all those years ago.

Bernard Hickey died in Lecce on July 30, 2007. He had donated his library of seven thousand volumes to the University of Salento, thus establishing the Lecce-based Center for Australian Studies in the Mediterranean, known as CASIM. A group of female students and postgraduates dusted and shelved the books. He would look at them, grinning as they climbed the floor-to-ceiling bookcases, and call them “my koalas,” much to their amusement.

A few months before his sudden death, he had been awarded the Order of Australia. Mike Rann, premier of South Australia, had pinned the gold medal to his jacket in a ceremony held at Lecce’s CASIM.

I still miss his early morning calls. He would phone at half past six, usually while I was shaving. My wife would answer and the ensuing conversation with her would invariably start like this:

“Hello, divine! Is that splendid man who is your husband still at home?”

More than enough to boost one’s spirit for the rest of the day.