From fearful to fearless 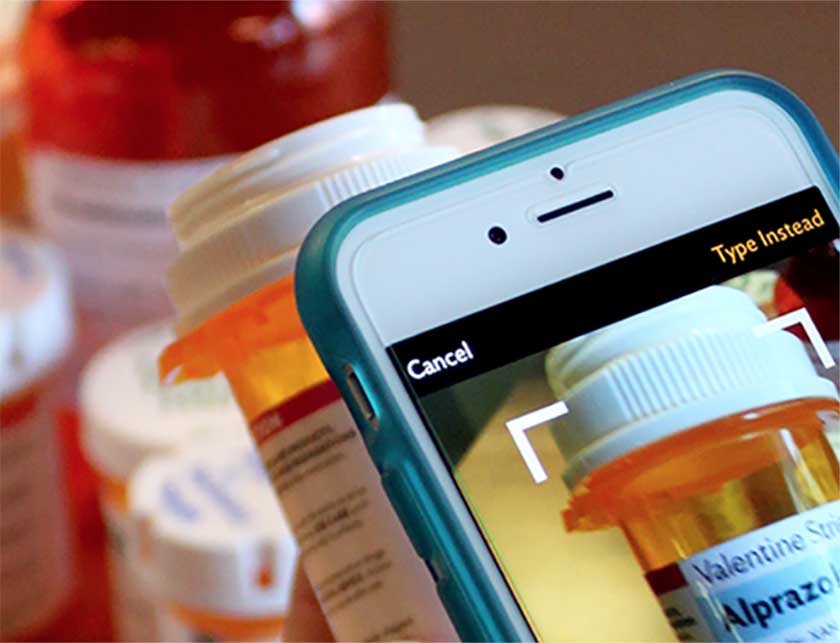 How curiosity about medicine can turn you into a reporter.
I

became a health reporter in Rome years ago. Not officially. That would come a couple of years after I moved back to America, science reporting degree and journalism job in hand.

But the moment I was vested with the mission to report on health came the day before Josef Ratzinger was installed as the new pope on April 24th, 2005. A few days earlier, I’d received an email from my mother that simply said, “Call home.” I found this brevity a bit cryptic — my mother and I had been writing long emails to each other since I’d moved to Rome several years earlier.

I immediately thought that something was wrong with my father, who’d just had triple bypass heart surgery. I braced myself as I dialed the phone number in the office of the Wall Street Journal, where I was doing a news reporting internship. Since it was a Saturday, no one else was there and, because the phone at my own desk was not working, I used the phone of one of the senior journalists, the war correspondent.

My mother answered the phone and after a few minutes of chit-chat about the incumbent pope, she broke the news to me bluntly: “My cancer’s back,” she said, then went on to say that it wasn’t in the breast where it had started a decade earlier. Instead, she had “spots” in the liver and lung, and possibly in her bones. I didn’t yet know what metastatic cancer was, but my intuition told me that what she was saying was bad.

“They can’t cure me,” my mother continued, “But they can manage the disease.”

Without knowing it at the time, I’d learned a formative lesson about reporting: cover something you care about.

My stomach buckled at the word “manage,” while my eyes skirted the room, searching for someplace to land. They finally rested on a book recently written by the war correspondent called “Faith at War,” about the hidden daily warfare in the Islamic world. Even without having read the book, a metaphor intuitively formed in my mind. My mother’s battle with cancer would be like the hidden, insidious warfare in the Middle East — only partially understood in the West.

Although I would later, upon reading Susan Sontag’s famous book-length essay, “Illness as Metaphor,” question the whole cancer-as-war metaphor, that metaphor subconsciously charged me with a mission: to save my mother, or at least keep her alive as long as possible.

As soon as I got off the phone, I went back to my little desk and began looking up information about her disease, its treatments and trajectory. Without knowing it at the time, I’d learned a formative lesson about reporting — cover something you care about.

I covered cancer even after my mission to save my mother died with her. If I couldn’t have her in life, I wanted her in death, so to speak. Reporting on cancer helped me grieve until it didn’t, and I then broadened the scope of my reporting to general health reporting.

Instead of running from my fears, I leaned into them, flipping my hypochondria on its head.

Fired up for my first newspaper reporting job since my Rome days, I found myself at a mid-size Florida newspaper some years ago. Hungry for stories, I would sometimes report three a day, and after just a year, I snagged the state’s top health reporting award. In retrospect, what drove my success was neither skill nor aptitude (although some of both helped). Hypochondria propelled me.

I’ve been a hypochondriac since childhood, in part because my mother was a nurse. In daughterly rebellion, I’d fashioned myself to be her opposite — she had curly, dark hair, and mine was straight and blonde; she was an extrovert, so I was an introvert. She loved the world of medicine, which I hated (or feared). At the same time, it fascinated me. I would sneak away to devour novels in which illness featured, like an adolescent with a sex manual.

It is, of course, ironic that my mother’s illness is what turned me into a health reporter. Instead of running from my fears, I leaned into them, flipping my hypochondria on its head. I was fearless about finding answers, to the point of forgetting myself. I didn’t care if I asked a stupid question, which I didn’t, if only because of the intensity of the voice with which I asked. I cared more about the answers than my own ego — the state of mind where real work often begins.

A few years ago, I left full-time health reporting, reasoning that life is bigger than my fears even if they fueled a good reporting run. My capacity to shamelessly ask health-related questions has stuck, though, as I discovered during a recent illness — which was real this time and not in my head. As I fired off questions to my doctor, I felt immediately better — as if my fever was finally breaking.