From Bologna to Iowa City 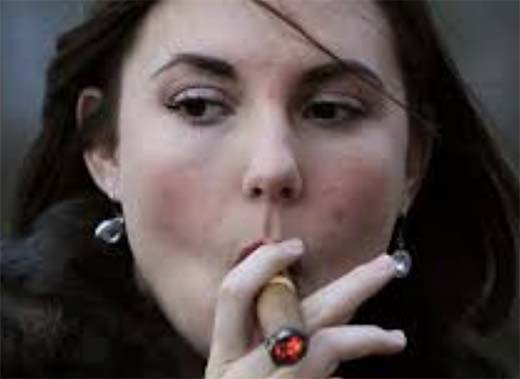 From Bologna to Iowa City, all kinds cross your path.
W

hen I studied at the University of Bologna my junior year of college, I loved having friends from all over Europe. I met most of them in an Italian language course organized by the Erasmus exchange program for European students that I was able to piggyback on, as an independently-enrolled American student.

At that point, I was largely self-taught in Italian, having learned most of what I knew from refugees in Rome. The Europeans all spoke better than I did, but it didn’t seem to matter: I blended in quickly. They found me curious and polite, unusual attributes for an American.

There was Malika, a French girl who once told me, when I couldn’t make up my mind about something, Non ti fa bene essere cosi! It’s no good for you to be that way, meaning indecisive. It’s best, she implied, to have opinions in life, and to express them. I went to classical musical concerts with Anna, a serious German medical student. I got cappuccinos with Sibille, a tall woman from Belgium with short blonde hair and pretty blue eyes who studied philology.

I also had a couple of Scandinavian friends: Rebecca, a tall, attractive woman whose mother was a famous television journalist in the Netherlands; and Marianne, a tall Danish woman with hair so blonde it was almost white. She studied semiotics —which I’d never heard of until I met her — with the famed writer and scholar Umberto Eco.

Marianne left the strongest impression on me. She smoked cigars and talked casually about all the boyfriends she’d dumped. She wanted to be a diplomat, and I remember that she once said that in the Danish diplomatic corps, the most prestigious posting was not in some far-flung country, but back in Denmark. I listened attentively because at the time, I was considering a career in diplomacy, mostly because it seemed like a ticket out of America — and into a prestigious life filled with romantic adventures.

An internship after college at the U.S. Embassy in Rome dispelled some of those notions, and made me realize diplomacy wasn’t a good fit for me. But Marianne’s words stuck because they later applied to my writing life.

Marianne smoked cigars and talked casually about all the boyfriends she’d dumped. She wanted to be a diplomat.

My hometown, Iowa City, is a mecca for writers. The country’s firbst writers’ workshop was established in the 1930s, where noted authors like Flannery O’Connor studied, and others, like Kurt Vonnegut, taught. The downtown streets are “literary walkways,” with quotes from writers emblazoned on the pavements. Iowa City is also a UNESCO City of Literature — a distinction held by only one other U.S. city (Seattle). Prairie Lights bookstore, in Iowa City, is considered one of the country’s best.

Since Iowa City is saturated with writers, writing-related jobs are hard to come by. So is any job. Growing up, it was a running joke that people with PhDs drove taxis. As an adult, I’ve spent months at a time there—staying with my dad, freelancing. Now I spend part of my summers there, at the Iowa Writers’ Festival.

It never really occurred to me to try to live in Iowa City permanently, but sometimes I think: Wouldn’t that be nice? To be surrounded by so many like-minded people?

Yes, and no. Iowa City can be intense. During one of my sojourns, I befriended a woman who had two MFAs (in poetry and nonfiction). She wrote under a pen name, and had cut off all ties with her nuclear family. Her closest connection seemed to be with her lumbering and slightly snarky cat.

Once, when we were eating at the legendary Pagliai’s pizza, she told me about the time when she was almost killed in an accident, just around the corner from the pizzeria; she was on her bike when a car hit her. “Right before I blacked out, I thought of all the things I had left to write.”

Yes, I thought, gnawing on my pizza. That’s Iowa City. People here live to write. I do too, but my writing (and I) feed off of life. Too much time in my own head — and in the heads of those like me —makes me claustrophobic.

Still, when I think of Marianne’s plum posting in Denmark, mine would be Iowa City. I dream of having my own reading at Prairie Lights one day, the same way I suppose many women dream of their wedding day— which I think might also be nice, but perhaps not as satisfying as being celebrated for being me in the town that gave me birth.