Friend of the dead 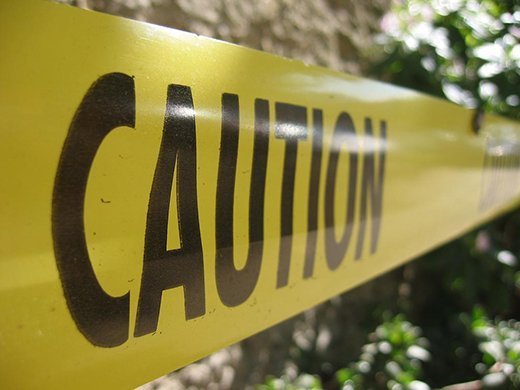 Working the police beat and toting up casualties could earn you a nickname you tried living up to.
W

e liked car accidents. The lethal ones were best. They held greater print promise. The higher the death count, the more funerals to cover, and grieving parents or friends to interview. That’s where I fit in. I was a 20-something suburban reporter for a Washington, D.C. daily newspaper, a bit part player at best. My first beat, police, also got me my first nickname, “Friend of the Dead.” I was the one sent to the scene of the crash and tasked with attending funeral services or if necessary, crashing wakes. We needed quotes on deadline. We also needed images of mangled metal, or, better still, that chilling shot of someone’s best friend sobbing beside a casket or an open grave. If you sobbed, I’d offer comfort in exchange for thoughts, recollections, details to help bring my dead “friends” back to life.

To my chagrin, I did this well. People confided in me naturally. Once, I stole a yearbook from a victim’s mother when she lost her composure and excused herself to another room where she began sobbing. I slipped the yearbook into my briefcase before walking over to commiserate.

The Nazis who managed the death camps said they were just following orders. I said I was just doing my job. I worked in a pre-social media age. No one could vilify me after the fact for all the world to see.

I once went to a reservoir where a man searched daily for for his two lost sons who had gone canoeing. His vigil lasted until long after the official search was called off. I made a story out of him and all delighted in the pretty pathos. The bloated bodies of his sons turned up after a few months. By then the man no longer took my calls.

Another time, I went to the home of a middle-aged husband and wife who had lost all four of their children in a house fire. “How do you feel?” I asked the man. He ordered me to leave. But my pressing had given our photographer time to catch his ravaged face. Mission accomplished.

One night, I was dispatched to the scene of an apocalyptic head-on collision – eight dead and three critically injured in two cars – and followed the story until I stumbled onto a massive scoop: the Jewish family of one of the victims, a young woman, had cremated their daughter’s body only to find out she’d in fact survived the disfiguring crash. Apparently the police and hospital had combined to misidentify one of the dead. The Christian parents spending hours beside the bed of their mangled and unconscious daughter were in fact tending to a Jewish girl whose unknowing family had cremated the wrong corpse.

My editors were thrilled. Only a true Friend of the Dead could come across on such a morose story, which soon made national headlines.

I was a 20-something suburban reporter for a Washington, D.C. daily newspaper, a bit part player at best.

I didn’t know what the highway phrases “rubbernecking” meant until I held that job, and it rubber necked me. I memorized the public’s appetite for every detail of small apocalypses, by car or fire or gun. I came to understand mass media voyeurism, built around the premise, “Better him than me, but please tell me all about it.” Gruesome death most fascinated those who went on living, nourished to life through borrowed grief.

From time to time acquaintances would attack my vocation and the role I played in it. Dwelling on the misfortune of others should not be a newspaper’s role. Where was all the good news? Why not focus on that? I rarely answered them but always stared attentively at the crowds that formed near burned out houses or non-highway car wrecks. Why didn’t they just move along and look instead for something less grievous. I knew the answer already. We’re doomed to disaster because we know it’s bound to befall us in a small or large way. But it hasn’t yet so we’re free to indulge survivor’s glee. That, not compassion, whets the Guillotine or crash appetite. The scariest monster isn’t a monster but a zombie. And the undead, in fiction, are everywhere in mind, transforming resurrection into something altogether cruder.

Why do you come here every day? I asked the hardened man beside the reservoir.

All loved this quote. Zombie hope, one editor called it.

When the newspaper published my interview, the man called me shameless. Did I not understand the meaning of respect?

Apparently not, though by today’s standards his objection sounds almost quaint. Despite it all, I was dispatched to the wake and I went, though it yielded few usable quotes. There was crying, then more crying, all of it duly noted, the part of the zombie this time played by the intrusive journalist, who then as now milked the macabre for spare change before moving on.