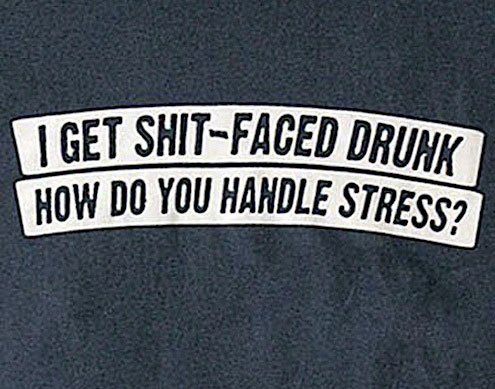 Privileged American students are bringing their norms to Italy under the assumption (common in college) that their own needs and wants supersede local custom.
H

ere’s an abridged excerpt of an email message a friend sent me the other day:

“Reasons number 6,456,722 and 6,456,723 why you do not want to work for a study abroad university. 73 students arrived yesterday from the U.S. and had so many big suitcases that they all wouldn’t fit on a the large, expensive pre-reserved tour bus. After scrounging around for an extra van to transport the overflow, three got so drunk that they missed orientation, two others were seen walking through the streets drunk with open beers and then proceeded to make a nuisance of themselves at the residence getting into a verbal argument with a more serious student.”

I have others in the same vein.

Mid-winter brings the start of American college programs in Italy and introduces the spring semesters of ongoing ones. Vacationing students return to their study-abroad classrooms. They also return to parties and drinking.

It’s a problem. In essence, the Italian campuses face the spillover of an American mess.

Before going any further, a caveat: cultural relativism isn’t my goal. Nor is conjuring up an idealized past.

What’s happening now is this: middle class American students are bringing their norms to Italy under the assumption (common in college) that their needs and wants supersede local custom. Fraternity men who at home drink to blend and show off mimic their method here. Young women who seek collective acceptance follow suit. Or initiate. It’s the harmless comedy of carefree self-degradation. That, at least, is how it feels.

It Italy it’s something else.

The worst escalation has led to assault and rape, or both. Some women have come forward, others have just gone home. A few say they were drugged, that their “no’s” were ignored, that it wouldn’t have happened at home. Still others take shelter as victims.

If all the world were the United States the victim status might spawn strong and noisy redress. But some of world isn’t, a papercut lesson for both clubbers and presidents.

Part of the confusion is in the cancellation of distance. Gadgets level the field. California’s toys — mobile phones, IM, text messages, laptops — are also Rome’s. Abroad is little more than lateral movement to quaint cobblestones.

A familiar environment makes the need for adjustment obsolete while superficial likenesses trivialize wider differences in mores and expectation. Moreover, a visitor is a tenant — so what if he or she trashes the house? They don’t own it.

Pandering parents are no help: they pay handily to ensure their coddled adventurers get the entitlement to which they’re accustomed. The unwitting result are surreal mini-adults who know their rights (their wants, namely) and consider fun a universal requisite. They also assume all fun is similarly focused.

All of which might fit comfortably into a hormonally-charged collegiate package in Carmel or Darien. But this in Italy.

Italy resists hard drinking. Bella figura, sprezzatura, verbal interaction, and living at home stymie its Anglo progress (though beer-drinking is up). Public guzzling — a poor man’s display — is tantamount to surrendering dignity without a fight. The reputation you forge in the open is all you have to protect the prying outside from more private concerns.

Italian men who over-drink are unattractive and lacking in discipline. Most are ostracized. Drunken women, a rare sight in public, are little more than veering objects available to disparaging sexual advances. Alcoholic confusion, for most Italians, is a disabling and dishonoring sign.

The United States sits at the other extreme. College drinking and public embarrassment are grudgingly excused as social rites of passage — even as a rebellion against adult norms no one knows to repudiate otherwise. It’s self-inflicted mischief winked at by miserable adults. Reputation is irrelevant and embarrassment doesn’t count. If problems persist, they can be repaired through pills, therapy, or finger-pointing. Unlike the British, most American collegians are naïve drunks. Neither intellect nor brawn atones for them.

But a wide-eyed approach is absurd: American students have trooped to Italy for decades. Some have stayed on or returned after their programs ended, others have married Italians. Many had wild times along the way — though discos and night spots were never as dominant as now.

Again, the key words are distance and deference. Twenty years ago, students felt far from home because they were. Calls were expensive; letters took 10 days or more. The gap all but forced local advice-taking. Frivolity seemed less inviting.

Now, home, or an aspect of home, is defined by the roaming range of a mobile network. Media chatter about the global village — culture-busting postmodernism — is transformed into a belief that impulses are the same everywhere and unconnected to accountability.

Another change involves the morphing of boorishness into fashion (step up, Paris Hilton). Previous high school and college rebels often resented cliché and guarded privacy more vigorously. But most students now yearn for conformity, which would superficially liken them to their Italian counterparts.

Alas, a superpower’s confidence is also its educational shallowness. Young Americans are often unable to articulate themselves as well Italians of the same age — in any language. Overall, they’re also less interested in the world at large and more in trying to look good and be liked in the circumscribed world of their own making (or, in the specific case of young men, of looking awful but remaining appropriately detached). Group drinking fuels the fun because it briefly peels away shyness and reticence. To fit in, to join, you must submit to being shamed. Some can’t stop.

It’s that old Europe (a part of which includes a newer, younger contingent) that struggles with rationalizing vacuously drunken Americans. It differentiates between sex and sensuality, between instant-ness and intelligence. It refutes velocity as a value, disparages “very cool” as a response to movie or song, considers “victims” as the dead, and insists that if someone ridicules warnings to shame themselves for sport, they discard most claims on justification and participate in part with whatever next comes their way.