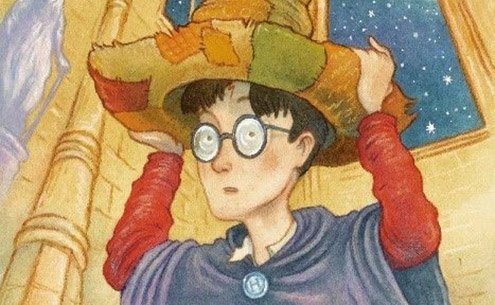 Harry Potter: Inspiration and mainstay
A

play inspired by JK Rowling, the mastermind behind the Harry Potter stories, recently debuted in London. My father forwarded me an article from The Mirror detailing the plot, described as a spinoff of the books.

Harry is replaced by his son, Albus, as the lead character. Copies of the script are being released in book form, and “Potterheads” are already eagerly queuing around the block to pick up their copy. Like many children, Harry Potter was central to my childhood. I was already an avid reader. Harry didn’t convert me to literature. I was already there.

When I was eight, my mother decided to donate a few books to my Catholic school’s library, including the first few Harry Potter novels. “The lady at the cash register said they’re her best sellers,” my mother explained as she tucked them into my backpack.

I was to deliver them to Mrs. C, our school librarian who smelled vaguely like chapstick and sweat. Her daughter, I heard, was a professional tennis player who had faced off against Venus Williams, a world away from the round woman in Birkenstocks who taught us about the Dewey Decimal system.

I quickly fell for Harry Potter, but it wasn’t the strange, fluttery love I felt for Leonardo DiCaprio in “Titanic,” who made me blush every time the movie trailer aired. This was a deep bond of kinship and loyalty. I cradled my Potter book close to my chest, the same way I protectively held our family’s 10-week old cocker spaniel.

JK Rowling’s world dazzled my budding storyteller side, the third-grader who filled pages and pages of loose leaf with my own tales of mermaids and talking snowmen. I admired Hermione’s sheer wit and smarts; I adored Ron’s sense of humor; and I rejoiced when Harry’s life as a Muggle misfit was replaced with a squashy, four-post bed at Hogwarts, faithful friends, and magical powers.

When the second book arrived at our library, I was furious at Kelsey White, who checked it out before I could. These were my books. Kelsey didn’t even like reading — she passed notes during most of the school day. When I fumed to my mother, she graciously bought me my own copy. Later in the year, there was talk that Mrs. Albertson, the overbearing lunch mom who was rumored to have orchestrated her son’s elaborate, first-prize-winning science fair projects was trying to ban the books — she done the same with the “Goosebumps” series. I gave her the evil eye as she passed me my paper carton of whole milk.

Ultimately, I learned it was best not to dwell on the library wait — anywhere from two to four years — between each book.

Instead, I distracted myself with stories by other authors, not as engaging, but valiant in their efforts. But how sweet, how serendipitous was the release of each new tome. Now, more than a decade later, there is still is no parallel to that unbridled joy. I’d read them on our hammock, and reappear in the house at dinnertime, freckled, dazed, and exhilarated.

As I grew up, so did the books. With each dark plot twist, I realized I was more of a Ravenclaw than a Gryffindor, lacking the bravery of the story’s trio. In the painful loneliness of middle school, I found solace in Luna Lovegood, an eccentric witch who didn’t give a shit (I tried out the swear word in conversation, simultaneously proud and ashamed of my own vulgarity) about what anyone thought.

When Harry experienced his first kiss, so did the other girls in my class, and I secretly wondered if I was to be a later bloomer (I was). Later, when I was knee-deep in my language studies, I bought the “Order of the Phoenix” in Italian. I knew the words so well that the book became an innovative tool to learn new words like civetta (owl) and bacchetta magica (wand).

The final book coincided with the summer between my high school graduation and the start of college. How fitting it was, I mournfully pondered, that the conclusion of my childhood would be marked by my farewell to Harry. I teared up at Rowling’s dedication, to readers like me, who had “stuck with Harry until the very end.”

I cried when Harry found the remaining Horcrux. I cried when one of the Weasley twins was killed. My own twin sister and I silently hugged, both having reached the same chapter. I cried at the final page. And then I reread the book — again.

A decade later, I still reach for any of the seven, especially in moments of sadness or frustration. It’s like having tea with a dear friend you’ve known forever, unchanged and comforting. But despite my lifelong Potter passion, I won’t buy Rowling’s newest venture.

Imaging my beloved Harry as a grown man, perhaps a middle-aged dad arguing with his children to put away their iPhones at the breakfast table, is an unsettling thought. Does Harry have a (butter)beer belly now? Is his hairline receding? Has he swapped his signature round spectacles for dark hipster frames in the throes of a midlife crisis? I imagine him glugging Maalox after a particularly calorie-rich meal of kidney pie and treacle tart, his school favorites, as he falls asleep in front of the telly’s Sunday Quidditch game. Is Ron still a redhead, or has he gone gray? Are he and Hermione still happily married, or are they in therapy? I decide to never find out.