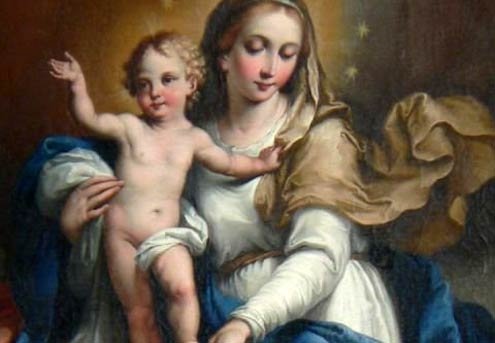 t’s inevitable. The question always comes up somehow in conversation with family members and friends. Our building doorman is curious. The guy at the newsstand feels he has a right to know. How about the street vendor just below my supermarket, the one who sells trinkets, gadgets and scarves? Apparently, it’s his business too.

I find the question invasive, but many of those around us are dying to know why three years after I married my husband Fabio we’re still “without” children. The most insulting — yes, I said insulting — inquisitions come from female family members and friends from both sides of the Atlantic who have decided to make assumptions on their own time. I’m running too much; I’m exercising too much (last time I checked exercising two or three times a week isn’t a baby-killer). In any case, something, they insist, is preventing me from getting pregnant. And they want to know what.

Other comments are veiled daggers — “So che ci tieni tanto al fisico ma…” (“I know you care a lot about how you looks…”). Frecciatine, little arrows, they’re called in Italian, and I get them a lot.

It’s almost as if people think my husband and I don’t want to have children.

But let’s put that aside for something more important.

I don’t think these choices, deeply intimate and private by definition, are anyone’s business. And I’m appalled at how easily people want to make it their business.

I never ask about a couple’s intentions regarding children because I consider it a sensitive subject, one that an outsider shouldn’t ask about or talk about unless he or she is prompted to by one of the people involved.

For starters, baby making isn’t remotely like popping a bun out of the oven, as sayings and pop culture would have you believe. Yes, it may be for some, but for many more there’s a real science behind it.

To put it bluntly, it’s not that easy to get pregnant.

The overall ignorance baffles me, particularly in Italy. So do the family members who touch my stomach and ask, “And just when will you decide to have children?” It’s not a query but a chastisement.

As if I don’t want them. These are the kinds of questions that make me want to answer, “Oh, my husband’s sperm is slow…” or “My thyroid is acting up…” — something, anything, to balance off the embarrassment of their own questions, and to put them in their place.

None if this is true, of course, but the point is to try to steer people away such assumptions and remarks. They’re tacky.

Since I’ve never been one to keep my mouth shut, when my doorman recently posed the question of the hour — this while patting my belly — I replied bluntly, “Well, you see I’m ovulating right now but my husband is working in Calabria so unless God has decided to grace me with the second-ever Immaculate Conception, it ain’t happening this month.”

Since I delivered that reply (with a straight face, of course), the doorman has made it a point to limit our day-to-day conversation to condominium fees and the like.