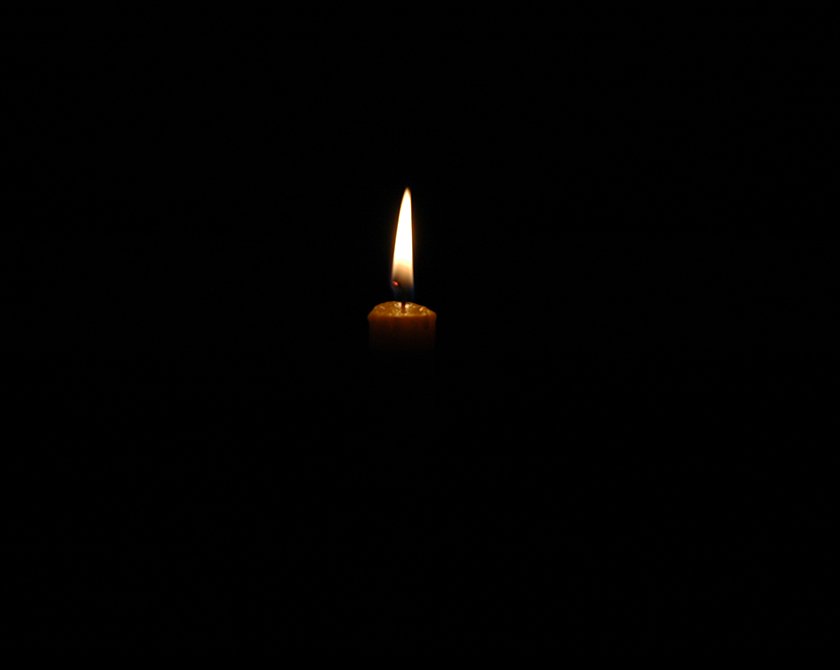 y brother died on September 16 at the age of 89, and I will miss him terribly. Despite the significant age gap – he was the son of my father’s second wife – we had developed a close bond over the years, especially as he aged and mellowed and I contracted an irreversible eye malady that has blinded me.

He lived in an elegantly furnished home in a Virginia university town, while I lived in an apartment in Rome bought by my parents in the halcyon days of the dollar in the 1950s. He was a retired professor of comparative literature, a brilliant man; I am a journalist with failing vision. An odd couple, to be sure, but our brief conversations brought out the best of politics and literature and a certain worthy skepticism about life as we knew it, since we were both ailing.

He told me of outstanding new novels he had read and new television programs he’d seen and found interesting or ludicrous. He’d rue the state of the world, as many “of a certain age” (an Italian expression) tend to do when their clock begins ticking down. At times, his physical breakdowns led him to want out — to leave the world for a beyond he didn’t believe in but imagined as more restful than days with aches and pains and the inner knowledge that there was nothing to be done about any of it.

“Man’s journey from the womb to the tomb,” as Sam Ervin, a North Carolina senator, once oratorically pronounced on national television, using the old English epithet to introduce an ingredient of humility and human frailty to the often testy Watergate hearings of the early 1970s. During those hearings, sitting President Richard Nixon was portrayed as a kind of evil incarnate — a pre-Trump Trump.

At times, his physical breakdowns led him to want out — to leave the world for a beyond he didn’t believe in but imagined as more restful than days with aches and pains.

At the time, Ervin himself was an old man well into his 70s, and would ultimately die at my brother’s same age, 89. Ervin found refuge in the reality of man’s finiteness, perhaps as the most irrefutable of earthly realities. My brother was much the same.

His complaints, when expressed, were an amalgam of sarcastic weariness about that which could not be changed. Amid this melancholy, though, also came the wry wit of someone who, despite his decay, knew he’d done well by life and that no more could — or should — be asked of him, since tombs and ashes were ultimately not matters of personal choice.

His wife had died a decade before him, slowly ravaged by Parkinson’s Disease, and he’d unflinchingly attended to her needs. His was a loyalty of another era — absolute. It was a devotion that did not reek of greeting card love but was instead rooted in a belief that marriage was a thick and thin affair, even when the latter came to prevail.

He had a wonderful son who called him daily in those years and, though alone, he was anchored: in a home, in a routine, in a life removed from major turmoil. There was no cancer. There was no COVID. There was no drumbeat of alarmism aside from his own awareness of inevitable decline.

We last spoke a month ago, and then it began — the “it” that stands for a proudly impersonal pronoun, for the beginning of the end. Something bled, after which other organs began to break. Lungs began resenting the demands on them to pump. He was in and out of the hospital, his son by his side, no reassuring diagnosis in sight.

When he came home for the last time, the time was brief before his lungs failed once again, though this time he was placed in a hospice. Modern medicine, as modern as it is, cannot circumvent the ancientness of final decline.

His son told me that in his final days he was relieved, if not at peace, surely aware that any more years would bring only suffering inside a body that had no wish to continue.

It was, to me at least, an old school death — a death often labeled “of old age,” before the need to insist on the specifics of maladies both improved and muddied the moral waters of the end of life.

Death by old age meant simply that organs once vibrant no longer wished to vibrate, let alone carry the heaviness of the full human load. Death was a form of exhaling, if final. This is just what my brother wanted — to be released from his circumstances when they became too onerous to bear.

“I’m tired,” he told me a month ago. “There is no one problem, just the tedious malfunctions that come with being a man my age.”

I reminded him that his beloved aunt had lived until 103.

“I seem to have those kinds of genes,” he replied. “But I really do wish all this would end as soon as possible.” He said none of it morbidly, nor had he abandoned the ship. He was, as he’d said, just tired.

Within a month the tiredness had taken tangible shape and canceled him as we are all, in the end, canceled.

Within a month the tiredness had taken tangible shape and canceled him as we are all, in the end, canceled.

I sit here now thinking of him, and how yet another bridge to my era has been washed away. At the same time, after nearly two years of ferocious medical alarmism shrill enough to wake a baby, I am glad to write that my brother died of old age, in the old way, in a time when it was understood we were but passengers who’d be called upon eventually to disembark, with doctors no more than carpenters or plumbers that could fix the jamb or plug the leak but make no promises that the house or apartment would last forever. They did what they could. They worked hard to keep panic-prone humans from worrying about their limited lifespans.

Much energy was spent on trying to keep my brother going, but his insides belonged to the “old age” generation, womb to tomb and hoping to make some sort of mark in between.

“I’ve tried my best to live a decent life,” he would say. “I have tried to be generous.”

He was not an easy man (what man is?), but he was decent and generous and, as true old age set in, also remarkably kind.

His name will figure on no front page of the dead, though perhaps that is for the best — he disdained exaggerated drama. He had few close friends (“I like my own company …”) and gardened with zeal in lieu of social distractions.

What more can we ask of a man than living life until it won’t have him anymore? What more should we say of death except that it comes, at times randomly, and clears a path for itself, large or small, ignorant of fairness, unaware of morality.

My superbly dignified brother died the other day of old age (si é spento, Italians would say, likening life’s exhaustion to to a candle come to the end of its wax), and soon the time will come for ashes to swirl so we can all breathe them in, a matter of course for we the living, so that we may continue, better or worse, until we continue no more.