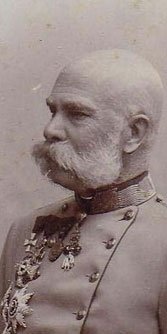 re you watching this? asks an American friend, riveted to televised events in giddy Cairo. I’m not, but Egypt is not to blame. Instead, I’m writing fiction’s latest concession speech. I’m finally prepared to admit that the burlesque of the unfolding has definitively eclipsed public investment in more traditional visions of historical and political drama, ransacking a fundamental province of art.

For centuries, symphonic music, opera, theater, literature, poetry supplied the lyrics behind headlines. Art helped give big events romantic contour and became events in their own right. The public, and not just intellectuals, prized the exotic paraphrasing of the actual as a means to flesh out imaginative realms seen to contain the extremes of heroism and villainy, neither one ever straightforward.

That has changed. High-profile current events are malleable mischief in the hands of expert producers who roll out sentimental documentaries that obliterate depth and ambiguity, limiting fiction’s meandering room. Technological progress cynically makes reverie into a motivational tool acquirable by all.

Theatricality may have peaked during the Obama presidential run, in which superlatives grew soulless. In a yearlong stretch the heroic and tumultuous Obama opera got beginning, middle, climax, and denouement, with only scraps left over. The world would never be the same, it was said, but largely it is. The latest venue for heroic tumultuousness, Egypt, is on course for a similar choreography. Once again the world has been billed as overturned but isn’t.

The upside of the new dramaturgy is the presentation of a charismatic “here and now” that compels gossipy human involvement. The downside is excitement’s ephemeral attention span. Motivation milked constantly dries up faster.

Until the camera’s total intrusion, battles, revolutionary scenes and volcanic eruptions belonged to painting. Absent technology, political history got context and truisms from plays, poetry and novels. Shakespeare’s visions of English royalty and Verdi’s grandiloquent operas, Egypt-themed “Aida” included, gave history and politics a separate moral bearing and influenced thinkers and laymen alike. Though Tahrir Square may be an “Aida” of convenience, its dramatic remembrance is unlikely to endure much beyond TV footage aired on anniversaries. First-person injection is also tricky: Once played out in the public eye, romanticized events are ineligible for make-believe.

Nor is randomness much of a factor. Big-event presentation has its own libretto, including cast, supporting players and a chorus of twittering millions. Blank spaces are filled in through fact, rumor, and exaggeration, and spiced by the traumas endured both by locals and outsiders. The rise and fall of world leaders is entered into personal and family dynamics, making change-the-world, new beginnings feel-good part of the Nike day-to-day.

The consequences are evident. In the book world, nonfiction is booming, with the literature of invention and its inner agent, poetry, struggling for relevance. Many city concert halls and opera houses are going broke, rescued only by warming musicals. Agents recommend North American writers put family and sexual dysfunction or outrageous crime ahead of imaginary realms. What’s to imagine?

And while public skepticism toward risky art forms is an old story, the texture of 21st century doubt feels different than what establishment hounds once flung at the brilliantly self-indulgent likes of Igor Stravinsky, Jackson Pollock and Norman Mailer. The new skepticism swears by self-indulgence but pigeonholes individual reverie as eccentric and perplexing.

In the 1930s, Ukrainian Polish writer Bruno Schulz found modest success through wildly inventive fictions based on his turn-of-the-century boyhood and adolescence. Schulz, an art teacher in a local school, was fascinated by Austro-Hungarian Emperor Franz Joseph I, whose human architecture he conjured from stamps, picture books, newspapers, and his own vivid imaginings. For Schulz, Franz Joseph was an “old moppish fox” who all but ran the universe known to Schulz and his family. “Franz Joseph squared the world like paper, regulated its course with the help of patents, held it within procedural bounds, and ensured it against derailment into things unforeseen, adventurous, or simply unpredictable.”

This was a vision of current events and leadership through a novelist’s kaleidoscope eyes. The Gestapo murdered Schulz in 1942 and his two books soon fell by the wayside. So in general terms did the appeal of fantastical visions of people and events. The actual imposed immoveable emotional will.

The unforeseen is now seeable, and derailments, when they occur, are in everyone’s visual and aural provenance. No fancies about Franz Joseph are needed to square the paper of the visible world. The half-invented man who for Schulz had shut his Europe off “like a prison,” burying it beneath decades of procedural mysteries, has been banished back to his origins, the surreal suburbs of the human mind. His likes will not be seen again.