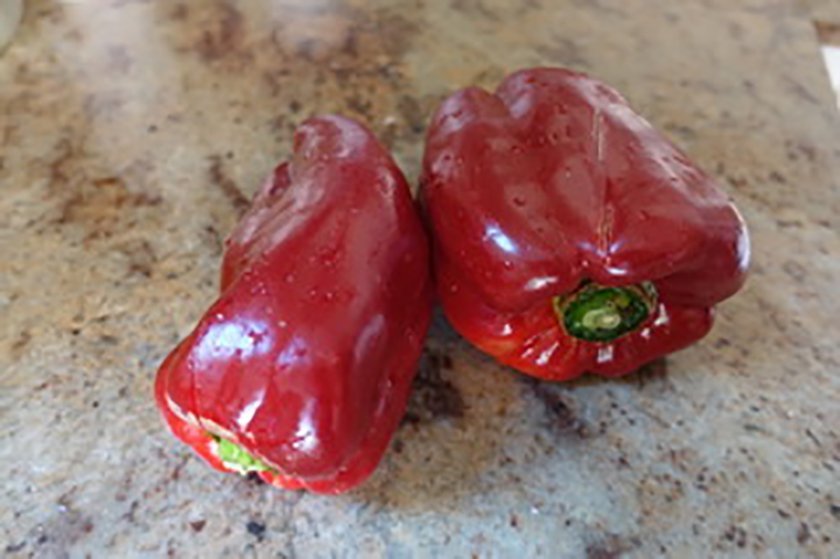 Peppers? These, if you please...
I

love peppers — at least the red, yellow, and brown peperoni, the Spanish pimientos de Padrón, the hot little pepperoncini, and the young friggitelli — but get me near a green bell pepper and I turn dangerous.

There is no way that particular pepper is coming into my kitchen, and no way it will ever play a role in my cooking.

As for all you gumbo lovers trying to kick your creation up a hot notch, may I recommend switching over — whenever possible — to the sweet, multi-colored peppers that are staples in the markets of Mediterranean Europe?

As a cook, the problem I have with green peppers is, well, that they’re green. They are picked green before they mature and sweeten, which is why they often damage a dish, giving it a bitter, unpleasant, and often way too memorable flavor.

The peppers I love take more time to ripen on the vine and allow the sun to enhance their flavor, which makes them a bit more expensive to grow, but still, whenever I see a green pepper in a recipe, especially those of famous chefs, I’m always amazed that they would allow an upstart intruder to mess up their creations!

Green bell peppers, picked before they mature and sweeten, give dishes a bitter, unpleasant, and way too memorable flavor.

But now let’s get to the ones that must be eaten in their youth, while green, such as the pimientos de Padrón. The smaller the better when picked and sautéed until brown in olive oil, because they too, as they age, become tough and bitter, losing their lovely sweet flavor. It’s the same for Italian friggitelli, which, when left too long before use, become leathery and bitter.

Both peppers, sautéed in olive oil until almost black and sprinkled with coarse salt, are on most of Spain’s tapas and Italy’s November menus and can easily become an addiction.

Lucky for me, my Catalan neighbor grows pimientos and shares generously.

But, seriously, folks, let’s hear it for those serious rainbow peppers that go so well with tuna and cannellini, with just-pressed November olive oil poured generously over the dish and a nice warm focaccia nearby.

The preparation of a pepper for recipes may seem arduous, but it is well worth the time, as the skins of peppers are not easily digested by everyone.

I first cut my pepper open, flatten it after the seeds and white ribs inside are removed, and put it, skin up, under the broiler until blackened. At this point it will peel easily and leave its sweet, shiny self for recipes. If you don’t mind a few burps, you can use it as is, but I prefer to sauté the peeled pepper in olive oil with a bit of garlic until slightly browned on the edges and then store it in the fridge.

That is, if it survives the sauté after being sampled on a little bruschetta.

One of my favorite recipes happens to be an easy pasta sauce that not many will have tasted: one sweet onion and four garlic cloves, chopped coarse, and sautéed along with the prepared pepper, and a cup of chicken broth, all simmered for about 15 minutes. In the bowl of a food processor, whiz everything up with half a cup of grated parmigiana reggiano and a squeeze of lemon, and toss the sauce with any short pasta. Heaven.

Hey, unripe, unwanted little green pepper. Take my advice. Sometimes you just have to step aside for your more mature sought-after family members.

You might consider hanging in there a little longer for success.