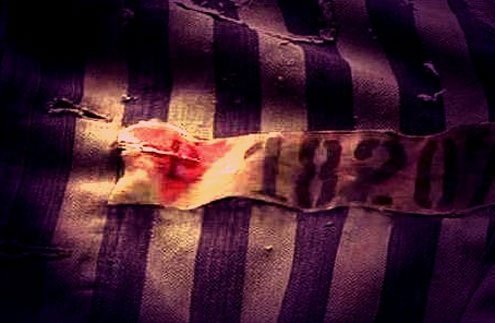 e process reality and understand our world through a complex system of symbols. Throughout much of the West, Italy included, pink is associated almost exclusively with girls and blue with boys.

As gender symbols, pink and blue carry a variety of associated meanings and connotations. Pink is sweet and innocent and blue is bold and independent. Pink is weak and blue is strong. Most parents might not recognize it, but by adhering to the “pink-blue color tradition,” they are also imposing gender role distinctions and stereotypes on their newborn child.

The basis of the symbolic distinction has biological roots. Human females, unlike other primates, usually do not experience genital swelling and thus use different forms of cultural indicators as signs of sexual attractiveness and receptivity. In Western society, women paint their lips red or pink, pink being the immature or more innocent representation of female sexuality. An Italian mother I know told me her two daughters loved pink until they reached puberty. After that they said it was a “young girl’s color.”

The association of blue with male sexuality is less obvious. My best friend in high school, for example, frequently referred to his penis as “his big blue vein.” The symbolic connection between the color blue and his masculinity was well established. But it’s important to remember that symbolic meaning is arbitrary. Colors as gender symbols need not have a direct connection to genitals or biology.

Pink, with its feminine associations, also has strong homosexual connotations. The Nazis used an infamous pink triangle to designate homosexual prisoners. Today, the pink triangle is a major symbol of the global LGBT community. Since pink is considered effeminate, one stereotype suggests that gay men love to wear it. That’s dubious. While we’re not afraid of the color, gay men — at least those I know — have little fondness for pink. I also know a number of lesbians who consider pink “too girly” for their tastes.

When talking about symbols, it’s important to note that changes in social context can change or modify meaning, or create opposite meanings. Pink may also be seen as a socially or politically transgressive color. Consider Pink Floyd or the song “Pink” by the heavy metal band Aerosmith. The pink polo shirt is a symbol for the ultra-establishment, leisure-seeking middle-class male. My brother-in-law often wears a pink polo shirt and shoes with little tassels on them when socializing with his friends at his sailing club.

Given the way pink is associated with femininity and homosexuality, I’ve often heard Italian sports fans question why the Milan-based La Gazzetta dello Sport, the country’s largest sports daily, uses such a “strange” color for its newsprint. One myth suggests the pink was the result of an 1899 printer error. Since there wasn’t enough time for another press run, the paper was distributed as is. The blunder attracted so much attention that the editors decided the keep the pink pages as a distinctive feature.

In reality, the early Gazzetta was printed on light green paper and moved to pink in response to the French journal L’Auto (the ancestor of today’s L’Équipe), which was printed on yellow stock. At the time, both papers focused on the gentlemanly sport of cycling. L’Auto, which created the Tour de France to boost readership, awarded a yellow jersey to the leader of the general classification. Correspondingly, Gazzetta, which founded the Giro d’Italia, began awarding the classification leader the famous maglia rosa (pink jersey).

Over the years, as soccer replaced cycling as the country’s leading sport, Gazzetta stuck by its distinctive color, making pink a part of the Italian soccer world — but only superficially. “Unfortunately, the football world is a very homophobic universe,” says television journalist and politician Alessandro Cecchi Paone, “a place where machismo has to be exhibited.” Mattia Perin, a 21-year-old goalkeeper who has played in friendly matches for Italy, adds that it would be incredibly difficult for a gay player to come out.

But there are small signs of change. Italy’s football captain Gianluigi Buffon was recently asked whether how he’d respond if his club — Juventus of Turin — signed an openly gay player. All that mattered, he replied, was talent.

Still, most Italians do their best to avoid any direct references to the “pink” presence in the sport, though Italian football is rife with homosexual rumors and there’s been a scandal or two. When people mention Gazzetta‘s “strange color,” my sense is that they’re adopting a thinly veiled euphemism to express their phobia. Sadly, many Italians choose to look at the world of sport through rose-colored glasses that don’t allow for a changing world.