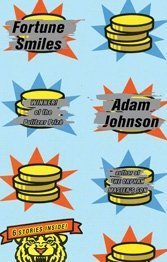 Milk-drinking “Dark Meadow” a.k.a. Mr. Roses is a bizarre loner who lives in a North Hollywood bungalow, revives debauched hard-drives (“tech security”), and sees himself as a child porn avenger. If only he wasn’t wracked and mesmerized by that which he loathes. If only he hadn’t been abused. If only Tiger and the Cub who live next door weren’t preteen girls. If only the Cub didn’t “activate.” No, don’t ask. Just listen to Mr. Roses: “I understand that humans are deeply corrupted and that over the course of a life, each of us comes to understand the depth of our species’ sexual depravity.” Next, “pearls of semen hover and catch the light…”

The Palo Alto narrator of “Nirvana” is a wizard programmer — a “reputation curator” — whose wife Charlotte is dying of immune system failure. He seeks solace by asking questions of recently assassinated president he’s algorithmically “reanimated” into a hologram. This soothing creation (“… fourteen million people have downloaded the president…”) speaks to him in fortune cookie bromides from assembled speeches (“‘Seek your inner resolve,’ he tells me.”) Charlotte looks to the digital ghost of Kurt Cobain for comfort (“I can’t believe how young you are … you’re just a boy.”) So many illusions; so much soothing tech; so much database sorcery as biological life inexorably dissipates. “I just needed to save someone,” says the narrator.

At his best, Adam Johnson is a magnificent creator of people who owe their existence to subtraction, an amalgam of their own detritus. They want to be good or to do the right thing, but rightness itself has turned infinitely relative, so they lurch uneasily through the collectively unstable what’s left. The presidential creator has a pet drone whose “tiny red infrared engine throbs with warmth,” important since human warmth is in short supply.

In “Interesting Facts,” an ailing forty-something wife and failed writer imagines the sexual indulgences of her Pulitzer Prize winner husband when she’s gone, with “…chilly women with their iron-filling eyes and rice-paper hearts.” After a double mastectomy (“two diagonal zipper lines where my boobs should be”), she’s a garrulously “dark trajectory” in what amounts to a United States of Death, Dying and the Surreal. “I loathe all failed wannabe writers, especially me.”

Johnson is at his very best when indulging his fantasy-rich odd side. His ingenuity turns heavy-handed when he steps away from these familiar confines, conjuring up a former East German prison warden (“George Orwell Was a Friend of Mine”) who refuses to feel shame for following gruesome orders. The same fate befalls “Hurricanes Anonymous,” in which a dispossessed Louisiana hurricane survivor and UPS driver dotes on his near-autistic daughter while attempting to find her mother.

Fortune doesn’t smile on all these stories, but it heaps itself on the very best of them, demonstrating Johnson’s uncanny vision of Humpty Dumpty America in which a long, strange trip is always just a push away.