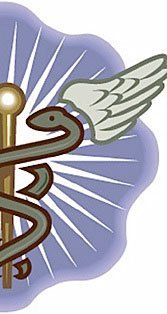 e are going to South Africa next week, and it occurred to me it might be a good idea to organize some insurance. I mean, I know the hospitals are very good down there, but they are also extremely expensive. And it’s not as if our family hasn’t learned the hard way in the past. We went skiing in Switzerland a couple of years ago and within five minutes of reaching our chalet, our nine-year-old son had managed to crack his head open by falling off a ladder onto the sharp corner of a table. Leaving aside the small matter of the cleaning bill for the white hearthrug that turned red, that little episode cost us a quick €600 — €100 per stitch. The doctors at the emergency unit were highly efficient. But while one of them sewed up my son’s head, the other took my husband firmly aside and asked for his credit card.

Then there was the time last summer when we got stuck in a traffic jam outside Mont St. Michel in France, and missed our flight back to Rome. We had to buy new tickets, find a hotel, go out to dinner — total bill: €500. And what about when one of our bags went missing — surprise, surprise at Heathrow — on a flight from Rome to the U.S.? It contained just about every item of summer clothing that my three children possessed, but after much haggling with the airline, we were eventually given the standard rate of $20 per kilo, which just about bought a new pair of pajamas apiece.

Yet every time we go away, we face the same battle over whether or not to take out insurance coverage. It’s partly a cultural issue. My husband is from Naples and like many people who come from that part of the world appears to suffer from the delusion that talking about disaster is likely to make it happen. I’d never really understood this until I was interviewing the official with the unenviable job of making preparations for what is widely agreed as the inevitable eruption of Vesuvius. The poor man was tearing his hair out trying to organize escape routes for the hundreds of thousands of people who have — rather rashly I would have thought — made their homes on the slopes of the volcano.

But every time he tried to arrange a rehearsal, hardly anyone turned up. “They don’t want to admit it’s going to erupt,” he said. “They think if they don’t talk about it, then it won’t ever happen.” All of which, I suppose, partly explains why Italians don’t seem to go in much for taking out life insurance or writing wills.

But I’ve reached the conclusion that that’s not the only reason people here are reluctant to take out insurance policies. There is also the not insignificant factor of the cost, which is, to put it mildly, outrageous. A friend who has just arrived here in Italy wanted to insure his car, which has British plates. The best quote he was given was a crazy €1,000 for third party and theft coverage. The policy for my own wreck of a car costs more or less the same, even though no one in the world would ever want to steal it, and I have a 15-year track record with no accidents — hasn’t anyone heard of no-claims bonuses around here?

Then, after much nagging, my husband went to a couple of insurance agencies here in Spoleto to try to fix up two weeks of medical-and-baggage loss coverage for our family of five in South Africa. The cost was a staggering €900! After ringing around a few companies based in England, I eventually found a policy that would cover us for a whole year, anywhere in the world, for €200 for the whole family.

It is sometimes said that insurance premiums in Italy are disproportionately high because of the high level of fraud on claims. If my experience is anything to go by, there could be some truth in that. A few years ago, a car drove into the back of my husband’s vehicle on Rome’s Grande Raccordo Anulare. Fortunately, we were both wearing seat belts, and were unscathed bar a slight case of neck ache.

I thought no more about it, until our insurance company summoned us to a medical examination. Before we went in, the claims adjuster gave us both a quick lesson on what to say and how to behave. “I know, you’re English, so it’s hard for you to understand,” he said, as he mimed the uncoordinated finger-to-nose movements he wanted us to reproduce in the surgery. “But everyone does it, there’s nothing to worry about.”