For whom the bell tolls 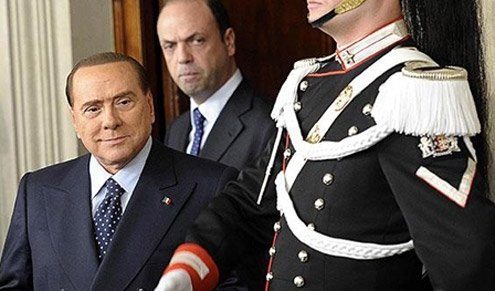 omething furiously unpopular deserves saying about the decision of Silvio Berlusconi’s lieutenants to quit the Italian government, plunging the country into a crisis all know it doesn’t need: they are loyal.

Berlusconi founded his party two decades ago thanks zeal, cash, insider connections, and a determination that old school Italian populism could be resurrected into a viable movement. He was right. Part of that movement’s founding presence was that the Italian judiciary was corrupt, gossipy, tied to the left, and fundamentally irresponsible. The accuracy of the assessment is irrelevant: that thinking helped build his party’s base.

Part of the anger arose from the judiciary’s ability to wiretap at will, requiring no probable cause except suspicion of illegal or illicit activities (with many of the intercepts finishing in media hands long before charges were brought). This caveat was created to allow judges and magistrates to track potential underworld activity in the wake of the so-called Clean Hands probes, which revealed damning ties between government and politicians.

Berlusconi, when he first formed his Forza Italia party in 1992, insisted he was above all that. What he was not above, however, was dividing Italy into two competing camps: parliament, which was defective (unless run by him) but functions; the judicial branch, which was a fossilized remnant of Italy’s Communist Party era, riddled with self-serving prosecutors who loathed anything conservative.

This Luddite breakdown earned him considerable support in the Italian south, where anything intellectual, let alone university tinted, was at odds with the more traditional “values” of making do and venerating clever authority — both of which Berlusconi worked hard to embody. In 2006, campaigning for his third return to office, he improbably told Italians he’d eliminate real estate taxes. He did just that. Yes, it created a major cash shortfall, but for those uninterested in the arcane details of European Union finances, he’d lifted a burden. Those same taxes were reintroduced by the government of technocrat Mario Monti, who took over when Berlusconi was all but removed from power in 2011, as the country, along with much of Europe, sank into recession, the extent of its debt revealed.

Monti’s austerity measures were loathed enough to give Berlusconi yet another chance, notwithstanding the likelihood — since confirmed — that he’d be convicted on charges of tax evasion and abuse of office, the latter in connection with sex with minors.

Throughout the trials Berlusconi never strayed from his original message that Italy’s judicial system was biased against him and a tool of his enemies. Like a shrewd pope repeating one gospel, he preached the message to party and people. It stuck.

Now, foreign media, and leftist politicians, express both surprise and disdain that Berlusconi would bring Italy to heel by pulling his party from the ruling coalition headed by an enemy, Democratic Party deputy and “accidental” Prime Minister Enrico Letta, who had challenged Berlusconi by threatening to resign. What’s surprising in all this is only the sense of surprise.

Berlusconi, when convicted, was legally banned from remaining in parliament and headed for house arrest and community service, a sentence he repeatedly called revolting and politically motivated, vowing he’d continue to support the government until push came to shove — namely that he risked actual expulsion. As that risk turned real, he followed through, his party in tow.

Say what you wish, vulgar or disdainful, about a sincerely self-righteous man who knows no limits and puts himself first. Do not say, however, that his are the acts of a madman or a fool. He long ago portrayed the Italy that suited him, one divided between his good supporters, his opponents, and, atop the list of demons, deus ex machina magistrates determined to humiliate him.

What he has done is to state his obvious, that his party, which ultimately answers only to him, will not ratify legal decisions engineered by subversives. His inner circle, though labeled “extremist,” will embrace and defend this view even as the skeptical — and they exist in fair numbers — take their distance or leave his side altogether.

Berlusconi’s rudely maverick decision will complicate Italy’s life and make the dissecting of his egacy all the more difficult and contentious, but it doesn’t veer from his basic and disdainful approach to the Italian judiciary and his belief that it exists like a pox to conspire against him.

Loathing Berlusconi is allowed, and may soon reach its high-water mark. He can behave as a cross between Rasputin and Joe McCarthy. But suggesting he’s lost his mind — at least in the context of passionate Latin politics — is deeply unwise.

This political warfare in the ancient and self-centered tradition of tsars and emperors, who knew only the first person. Asked his views as the government collapsed, Berlusconi responded as only he can: “I’m not tired of fighting. I’m in great shape. Last night, after 59 sleepless nights, I slept for 10 hours straight. I’m ready to get right back into the fight.”

Irresponsibility, when seen from a Napoleonic perspective, is in the eye of the beholder.