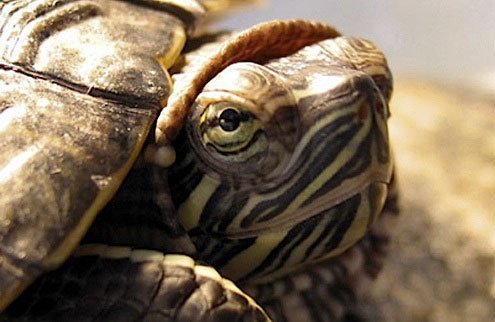 First question to ask yourself: “Am I ready to take care of a pet?”
K

aren begged her parents for a puppy, but they refused. “You’re too young for a puppy, but you can have a potato to start.” She walked, fed, and loved that potato, but it still shriveled and died. Karen knew then she would never be grown up enough for a real live puppy. — “Starter Pet,” by Edward Martin III

At some point everyone contemplates getting a pet. For some, it is a natural progression from the memories of fun-luvin’, pet-filled childhood. For others, it is a simple “No Thanks.” A final group is made up of idealistic, animal enthusiasts, for whom pet ownership is a supposed segue into a “serious relationship” with other humans — aka Starter Pets.

What is a Starter Pet?

Def. 1: Any smallish animal (rock, fish, guinea pig, dog, cat, iguana, bunny, et al.,) that gets an owner “used to” responsibility and prepares them for a more high-maintenance animal — horse, tiger, Komodo dragon, Great Dane. (Sometimes the idea of Starter Pet errs on the side of a Bad Idea. See next definition.)

Def. 2: Usually a dog, used as a means to establish confidence, responsibility and potential for an individual’s future (akin to training wheels or a training bra.) The future can be marriage, children or babysitting. Owners are often first-timers (i.e. never had a pet before) and clueless. Owners are Starter Pet Perpetrators (SPP), animal purchasers who have no idea what pet ownership entails.

Over the past few years, I’ve noticed that SPP fall into three distinct categories:

The Couple. Quote: “We think we may get married and want to practice responsibility.” Nickname: The Break-Up

When living with then-boyfriend Ed in the 1990s, I proposed adopting a pet. I hadn’t lived with a dog in a few years and we had the ideal backyard. His response was, “When I lived with my ex-girlfriend, we adopted Woody. You know, to give a stab at responsibility, couple-dom, marriage, etc. Yeah, well, we broke up a few months later.”

Woody was a classic Starter Pet. Neither owner ever had one before. Both were struggling to assert dominance over the other. To secure their relationship (i.e. prove they loved each other) they got a dog to help them “discover” if they were ready for a more serious commitment — this instead of a breakup. Eventually, she cheated and he dumped her. Woody was sent back to the kennel. Ed and I never got a dog and we still broke up.

The Newly Married Couple. Quote: “We want to have children but think we need to prepare ourselves.” Nickname: Can of Worms

My friend Paula and her husband Jeffy got Whiskey (an agro Welsh Terrier) two years into their marriage. They thought Whiskey would pave the way to a child. The first year was happy-go-lucky. Biscuits, parks and dog chatter. He was the centerpiece of all holiday cards. In Year 4, Paula had a baby and Whiskey began biting bottoms. He had nothing better to do since everyone cooed at the baby (film reference “Lady and The Tramp”). Paula and Jeffy took Whiskey to dog lessons. Moral of the story: Paula and Jeffy never thought about Whiskey when the baby came. He was just a primer. Lucky for Whiskey and his owners (sarcasm), Whiskey reformed and now only bites bums if you run past him recklessly.

“Let’s get Charley a bunny. Let’s get Susie a guinea pig. Let’s get Jerry a kitty. It will teach them responsibility.” First question to ask: “Am I ready to take care of an animal?” Charley ain’t gonna do it. He’s five and has a busy schedule that includes mud.

Some parents have good pet intentions, others don’t. Pets are easy distractions with risky repercussions, including death (and yes, that can be a great learning experience).

A story: In third grade, Sameer got a gerbil from the class litter. He proudly told us it was his first pet. The next day, he brought it back in a brown bag and told us it had a broken leg. We all looked inside — the gerbil was dead and smelled. Sameer wanted another one. I don’t need to tell you Mrs. Lenz’s answer.

Starter Pets can help teach responsibility so long as people understand what responsibility is — a commitment, not to another person but to an animal whose lexicon is limited to growls, purrs, mews, hisses and/or barks.

Unlike babies, pets don’t “grow up” into expressing verbal feelings. They don’t assess relationships to improve them, nor do they train other animals in self-improvement. Basically, Starter Pets help can bring out strengths and weaknesses in a relationships. They can also elicit a hidden tender side. But they’re not problem-solvers.

And then think about the pet.