For love of dogs 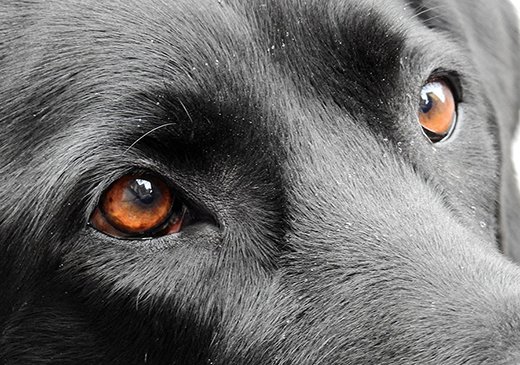 I don’t know where he came from or just how we acquired him, but he was the cutest thing. A black Lab mix with a white chest and big brown eyes, we called him Blackie.

My parents weren’t fans of dogs sleeping in the people-house, so Blackie got his rest in the doghouse outside. Aside from that detail he was part of the family.

He would run back and forth, following us when we went swimming in the pool (almost every house in Los Angeles’ San Fernando Valley suburb comes with a pool in the backyard). Blackie would bark in alarm if we stayed underwater too long. He wore a red collar, a nice contrast to his natural black and white tuxedo, and he stood alert with a strongly wagging tail.

Blackie was loyal, in the way the best dogs are. We had a few false starts before Blackie, like Benji, the first family dog, who had to go because my sister was on the way. Chili joined us after my sister passed her toddler stage. Chili was a biter, so she definitely wasn’t meant to stay. Not so with Blackie, who we knew was a keeper from the start. He stayed with us all through my middle school and high school years. Even as I went on to college out of town, Blackie remained with my family in the San Fernando Valley.

We had a few false starts before Blackie, like Benji, the first family dog, who had to go because my sister was on the way. Chili joined us after my sister passed her toddler stage.

I was away at school when I heard that Blackie wasn’t doing too well. I felt disoriented not being home when he was in such distress. My mom described him as lying around lethargically, moping maybe. He wasn’t chasing his white-tipped tail in endless circles. He was sad, my sister said. His skin had bumpy patches where his hair had fallen out. Something was definitely wrong. They took him to the vet and gave him medicine, but it didn’t seem to help.

Since I wasn’t there to see this decline, it didn’t seem real. Until I came home to visit, and saw a shockingly different dog. Poor Blackie. I still remember his sad eyes staring at me as I pet the top of his head. I wondered just what had happened to him.

When I returned to school, things with Blackie got steadily worse. Finally, my mother told me he’d been put down.

They took him to the vet’s office one last time, and then Blackie was dead. I’d experienced one previous pet death. When I was five, we took a baby chicken home from school, but it died quietly a few weeks later. We’d buried the chick in the backyard under the lemon tree. Even though I understood mortality in a deeper way when Blackie died, the event felt more remote. Blackie had been part of my life for years and suddenly he wasn’t. It was hard to grasp.

I kept thinking about the dog I’d played with, talked to, and laughed at affectionately — when his ears flopped over by accident or when he lay on his back wiggling from side to side and begging for a tummy rub.

That he could be gone just like that was difficult to comprehend. That all of it happened in my absence was also upsetting. I wished that I’d been able to spend more time with him.

Knowing that Blackie was gone, all I could do was remember him.

My sister assured me that all dogs went to heaven, which made me wonder about his soul, something I hadn’t even considered. Did animals have souls, like humans? There was something about Blackie’s eyes, an understanding behind them. They suggested a sensitivity that was almost human.

Now I have a cat, but I’ll always be a dog person. In fact, my cat reminds me of Blackie. Sometimes he’ll decide to run quickly back and forth for no reason, or he’ll twitch his tail in a way that resembles a wag, or he’ll meow at me in greeting when I come home. He looks me straight in the eye the way Blackie once did. His name is Boswell, Bosey for short. Only now — so many years later — do I realize how both the names have such a similar lilt: Blackie then, Bosey now.