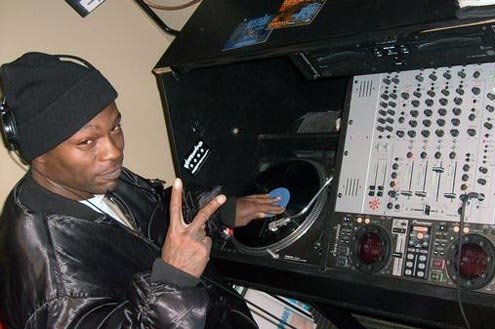 at do people talk about when they don’t talk about Drake? Recent weeks have been filled with heady debates over the Canadian’s second album Take Care, to the detriment of virtually everything else being released. It leaves you wondering how ignored other artists must feel.

Feeling ignored is something the artists on the new compilation Bangs & Works Vol. 2: The Best of Chicago Footwork (Planet Mu) knew well before last year. Footwork is both a style of dance and a strain of dance music native to the South- and West Sides of Chicago, evolving over the last 20 years from house to hip-house to juke to its current mutant state.

It’s tremendously challenging stuff and it would’ve remained a local thing had it not been for Planet Mu label head Mike Paradinas, best known in earlier days as IDM mainstay _-Ziq. Paradinas’s devotion to footwork led to the first Bangs & Works compilation last year, a groundbreaking compilation of both scene stars and up-and-comers.

The second volume is in some ways better. Respected names like RP Boo and Traxman rub shoulders with newer names like DJ Earl and the revelatory work of Young Smoke, but what makes it so great is how listenable this is and how counterintuitive that feels.

Whereas the first volume relied on a borderline gimmicky aural assault that did not invite repeat listens for the unwilling, Bangs & Works Vol. 2 is a slightly rougher presentation (some songs still have promo shoutouts over them) that nevertheless reveals its debt to house much easier.

Songs like Young Smoke’s “Wouldn’t Get Far” and Traxman’s “Funky Block” aren’t nearly as alien as the first volume’s offering. Like DJ Diamond’s Flight Muzik from earlier this year, Bangs & Works Vol. 2 is a tremendous listen front to back and a good entry point to a major influence in contemporary electronic music.

Two people picking up on footwork’s influence are Travis Stewart (Machinedrum) and Praveen Sharma (Braille) as Sepalcure. Their new album Sepalcure (Hotflush) does better than just imitate, however — it sounds like a good summation of UK bass music at large right now.

Which is funny, since both men are based in New York. A series of happy accidents led to early recordings being handed off to DJ Mary Anne Hobbs and Hotflush label boss Paul Rose. Rose was so pleased that he offered to put it out on his renowned label.

It couldn’t be a more appropriate release for Hotflush. Sepalcure uses familiar vocal manipulations and undulating synthesizer romance in the same vein as Mount Kimbie, but the rhythms are more aggressive, in line with London’s future-thinking Hessle Audio camp, guys like Pearson Sound and Ben UFO.

It’s obvious they’ve been at it for years when they pull off the early-90s global house update of “Pencil Pimp” or blur a sample of The Who’s “See Me, Feel Me” and turn it into one of the album’s most spectacular moments, complete with matching title. This is an album well worth its weight in replay value.

Another album worth its weight in replay value is the astonishing live recording from Four Tet’s Kieran Hebden, Swedish saxophone veteran Mats Gustafsson, and long-time drummer Steve Reid on Live at the South Bank (Smalltown Supersound). This is the best thing they’ve ever released.

It may also be the last. Reid died of throat cancer at 66 in April 2010. Following years playing for James Brown, Ornette Coleman, and Sun Ra to name but a few, Reid had regained relevance in the mid-2000s by collaborating with Hebden for a series of fruitful full-lengths that revealed new sides to each of their musical palettes.

None of his oncoming illness is given away for most of Live at the South Bank, performed at London’s Southbank Centre for the 2009 Meltdown Festival. “Morning Prayer” is a broodingly intense 17-minute opener full of Hebden’s laptop tweaks and Gustafsson’s slithering sax.

But it’s Reid who eggs the other two on, furiously crashing cymbals and keeping the beat as the song powers on to its climax. Gustafsson is more in evidence on “Lyman Place” and kraut jam “Untitled.” You can hear each player working off the other as the set carries on for over an hour.

Fittingly, it all comes together on “The Sun Never Sets.” This album, among the best you’ll hear this year in any genre, is an engrossing capstone to one of the more surprisingly rewarding musical partnerships of the past decade. It’s enough to make anyone forget about Drake.