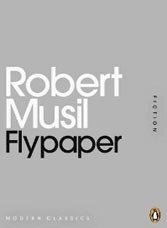 By Robert Musil, translated from the German by Peter Wortsman

Shhhh. Craftsman at work. Musil, that is. Here are stories in which Rome sheep are “age-old Catholic animals,” meditative by nature, ugly by default, with the “delicate skulls of martyrs”; in which monuments “impregnated with something that repels attention” abjectly fail to adopt to relevant ad trends, miserably unable to wink; in which postcards are placeholders for sights that have no choice but to be beautiful lest they disappoint the imagination of the visitor who risk choking on their disappointment: whatever will they send home?

Modernism, insisted Ezra Pound, was much about making it new, and Austrian Musil (1880-1940) does that with verve, using simile and juxtaposition to reinvent subjects that would seem otherwise hackneyed. Worms are interesting for their impossibly “enticing ugliness.” Sarcophagus covers in the Villa Borghese are not what they seem but sleepers, “faithful, proper, middle class,” frozen but poised men and women waiting eager to wake up and go shopping. Monkeys in the same park lord over Rome, “the great yellow city,” but only after they conclude their totem pole quarreling. A fly is perfect because it’s trapped on sandpaper, shimmying further toward perdition with every attempt to escape the surefire stickiness, which leads to “spiritual exhaustion.”

Musil’s species-stripping attention to the everyday, and his tiny but majestic embroidering of it, establishes a parallel realm in which there’s nothing tiny, only the unobserved. Unbothered by the mundane, he pokes and prods and lets his sentences make up hymns, which is why a mere 60 pages – nine stories- can seem like the most pleasant lacquering of time. He invents the world, or snippets of it, and then lets you be on your way through it. New Directions aptly culled the stories from the 1936 collection “The Posthumous Papers of a Living Author.”