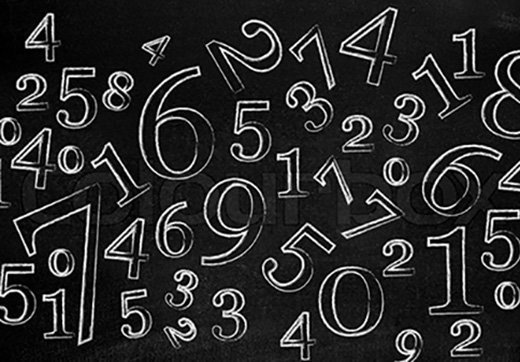 How many stops from Los Angeles to Rome? Try counting.
M

y recent visit to Europe took a total of three airplanes. First came the flight from Los Angeles to Las Vegas, an easy ride made slightly more difficult because the flight left at 6 a.m. I didn’t sleep at all the night before. Two nights before that, consumed by packing and nervous anticipation, I’d managed only four hours of sleep.

I was hoping to get some rest on my second flight, Las Vegas to Toronto, which had a long Las Vegas layover. I went to an official club lounge. It was a smart move: there were refreshments, comfortable seats, and friendly people. I met a couple that and had been to Slovenia, my final destination and the focal point of my writing workshop adventure in Europe. There, I’d meet up with 10 other writers from North America. It was refreshing to meet people who even knew of Slovenia. Most of my Los Angeles-area friends, when I mentioned my eight-day journey, said it sounded great — except just where was Slovenia?

“East of Italy,” I answered. And I would go to Italy also — might as well while in the neighborhood. I’d planned to stop in Rome for four-and-a-half days before heading north and east.

After leaving the lounge, I discovered that my Toronto flight had been delayed about an hour. And so it happened that I missed my connection in Toronto.

I wasn’t the only one. The airport was swarming with missed connections. It was after 10 p.m. when the airport staff told me they could get me on a flight the next afternoon. They also told me that there were no hotel room vacancies in all of Toronto. People starting calling cities an hour away, like Hamilton, to find a place to sleep. The woman assisting me suggested that I stay in the airport overnight. This idea held no appeal — I’d hardly slept in two days! I began trying to get in touch with friends from Canada.

Luckily, one was from Toronto and currently living in New York. She was blissfully easy to reach. She told me I could stay with her fiancé’s parents, who lived close-by. And off I went.

Most of my Los Angeles-area friends, when I mentioned my eight-day journey, said it sounded great — except just where was Slovenia? “East of Italy,” I answered.

By the time I got back to the airport I’d gotten a full night’s sleep. I was then informed that my 12:15 flight to Newark, from where I was now supposed to fly to Rome, was cancelled. My new flight was straight to Rome, but 24 hours later than the one I’d missed the previous evening. So, my trip to Rome began with a surprise first day in Toronto.

Before I knew it, I was having lunch with a guy I’d been chatting with from a dating app. He seemed so different than L.A. guys, with a certain sweet, genuine quality rare to Southern California.

I began to relax about the many mishaps. After we parted ways, I took the UP to downtown Toronto and visited the CN Tower. I could see the whole of the fantastic city below. I then took a two-hour sightseeing bus ride with a friendly guide careful to point out all the sights. Suddenly, I didn’t want to leave Toronto, at least not quite yet.

But Rome beckoned, and I was already a day late. After a nine-hour flight, I was finally there. Almost. I still had to take a train to Termini station, and from there it was only a couple of miles to where I was staying. I tried hailing a taxi, because dragging my suitcase two miles down busy roads under a hot sun sounded horrendous. A self-appointed taxi guy said there were no cabs going to that particular street. Instead, he walked me to the station bus depot, getting on a bus with me and rolling my suitcase in tow. He assured me we’d be there soon. It seemed bizarre but at this point I felt like I had to go along. We eventually did get to the appropriate station and he continued pulling my suitcase uphill. When we got there, he asked for €15 for his trouble. I gave it to him.

Yes, I’d been scammed in Rome upon my arrival, but at least I’d finally arrived.

That evening, after a shower and a nap, I went for a stroll around the neighborhood. I had my first taste of Italian gelato, then turned the corner and saw the Coliseum. The next three days were filled with sight after momentous sight, a tourist’s Disneyland. Despite all the difficulties and unplanned twists of fate in my journey to get to Rome, it was well worth it.