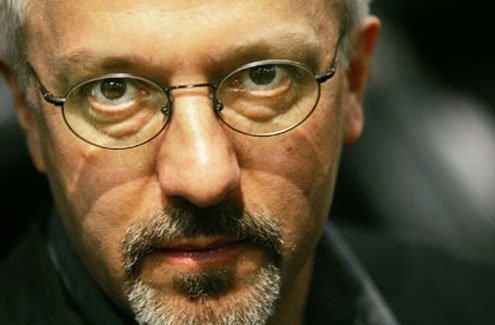 he Good News: Alan Hollinghurst’s “The Stranger’s Child” (London: Picador, 2011) will easily hit Britain’s best-novel list this year. Like his 2004 Man Booker Fiction Prize winner (“The Line of Beauty”) it flashes visual acuity on every line and delivers fluid prose that runs through the novel like liquid gold.

The Bad News: As in “Beauty,” this publicly gay author offers a disturbingly toxic take on homoerotic relations. Strictly male. To analyze the collapse of the 19th century Edwardian ruling class, he parallels its breakdown to a gritty deterioration of homo-relations over the same timeline, 1913-2008.

If he opens this fiction with a masterful version of the standard country house novel and its cast, he soon reduces their luxurious privilege to obscure poverty. Putting a definitive period to that Edwardian myth. While simultaneously tracking a downward tailspin in male coupledom. By novel’s end these relations are as burnt out as the myth of Jolly England.

Not that his heteros fare better. Their adultery produces more than one candidate for his “stranger’s child” title. Yet these well-sketched scenes and rich characters are only echoes to the author’s chief concern: a (supposed) brutal decline in male-couple relations.

Can his sex-plus-society picture convince?

It’s 1913 when young George Sawles walks to the train station from his family’s country-cottage home “Two Acres.” He’s meeting Cecil Valance-fellow Cambridge student, poet, and future heir to a Baronetcy at truly sumptuous Corley Court. George’s sister Daphne runs into the cottage woods to meet them. She misreads their half-undress and flushed faces as sign they’ve been running.

Future Baronet Cecil Valance has arrived, exuding an aggressive, vibrant sexuality. On this visit, he’ll conquer or seduce the entire Sawles’ household of family, guests, and neighbors. And write the poem “Two Acres.” During wartime, Winston Churchill cites the work as roll call of English life and values. Its lush and lulling stasis seems guarantee against those tumultuous changes that, in fact, already mark a nation in flux.

His succeeding chapters rip apart England’s historic idolatry of privilege and caste. Though he himself hardly seems free of its nostalgic pull. Isn’t his Edwardian Cecil a spontaneous, daring character, rich in affection and innuendo? Dissecting the century to come, Hollinghurst will not again give us such a sympathetic homoerotic character.

Cecil is a paean to life. And, naturally, his poem is no ode to English values. It’s a sexual love poem. But to Daphne, or George Sawles?

It’s a real credit to Hollinghurst’s narrative powers that he manages to link his five chapter — near 600-page novel — through an ongoing concern with this footnote-level question.

Follow-ups to chapter one capture Edwardian decline through ever-more-depressing “commemorations.” But be sure that, whoever is feted, World War I victim Cecil and his second-rate poems loom large in the celebration.

Cecil just won’t disappear. When the author’s central chapter introduces Paul Bryant as closet-gay, novice bank clerk, it also presents him as aspiring Cecil-secrets biographer. Recruited as menial helper at Daphne’s 70th birthday party, he manages to lose his virginity to ex-clothing salesman Peter Rowe. No Baronets at this fete. But the party has given Paul brushing acquaintance with the Valence and Sawles families. For years he’ll use this to gain interviews for his Cecil biography. When finally published as “England Trembles,” it arrives long after so many “outings” that it makes no one tremble. Still, publication status helps Paul con invitations to the next two commemorations. Each with its apparently peripheral, but inevitable Cecil homage.

Paul will make a small speech in the novel’s closing, 2008 event. Here Hollinghurst’s social and homoerotic take both get nasty. Far from titled mansions or country homes, this Peter Rowe memorial is held in a rented room in the presence of his husband and widower, Desmond. It features a homosex crowd, including Rob Staler, a hand-to-mouth used book salesman. He attends on the chance Desmond will be selling Rowe’s books on the cheap. Like the other guests in this set piece, Staler is less interested in the memorial speeches than in the meet-a-guy opportunities. A.H. obtrusively underlines the room’s true business: persistent coy winks, sly smiles, and wistful nods.

Until this finale, Hollinghurst had built a never overwhelming but possible case for England’s parallel deterioration of homosexual and caste values. But this end scene is unfortunately mean-minded. And even suggests time warp. Isn’t it hard to believe that a group of 2008 uncloseted gays — including “a black leather set” — are so uniformly blocked in this nastily clichéd 1960s sex coding?

Writing so splendid could have produced a novel that clicks and convinces.