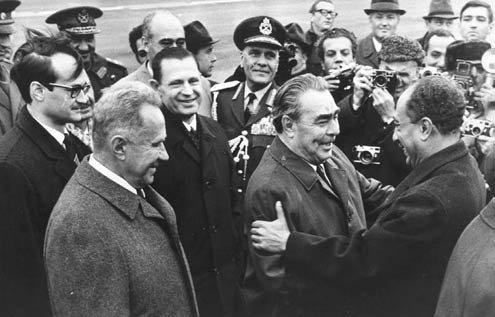 ountries often yearn for what they lack, and Russia has long dreamed of a cosmopolitan warm water port. Catherine the Great adored France, the Atlantic and Mediterranean as its coattails. Czars took the waters at spas to later build battleships they hoped would star in engagements that mostly didn’t come — with few that did, most prominently against the Japanese, in 1904, ending abysmally. Ports absent, except in the far north and east, at Murmansk and Vladivostok, and in the borrowed Black Sea home of Sebastopol, Russia slowly sublimated its European water-lust and turned its attention instead to the Middle East, whose Crimea-style turmoil offered Kremlin schemers strategic foreplay.

In the Communist 1950s and 1960s Soviet bosses grew cozy with Egypt and Syria, hoping to offset American and British support for Israel, and to feel more like members of an alternative black tie elite, all the while knowing that their tie fabric, measured in cash reserves, had few threads to speak of.

The nonaligned friendship between mercurial nationalist Gamal Abdel Nasser and Moscow — measured in tanks and MiG jets in exchange for Russian influence in Egypt — continued under Anwar Sadat, albeit briefly. In Syria, a little-known general named Hafez al-Assad rose to power thanks in part to Russia and made haste to widen the Moscow weapons corridor. Cometh more tanks and planes. These machinations soon filled Arab skies with Soviet-made jets, most of which were promptly shot down by Israel in two abortive wars.

This backdrop, albeit oversimplified, helps explain what Moscow is up to, or believes itself to be up to, in Syria. With Egypt having long ago set aside Nasser-style nationalism to make room for pro-western potentates and their army buddies (whose presence endures despite Arab springs), post-Soviet Russia now has only unhinged Syria to show for decades of heavy-handed Middle Eastern power brokering.

On the face of it, Moscow’s stubborn support for the short-circuited regime of Bashar al-Assad, one of Hafez’s sons, makes no reasonable sense. But underneath Russian persistence is a loyalty to spheres of influence. Syria is a hangnail from Soviet days, which means Western demands are seen as meddling where it doesn’t belong. After all, the Soviet Union of President Vladimir Putin’s youth both encouraged and nurtured Papa Assad.

Putin, sensitive to ongoing domestic propaganda that pits memories of Russian glory against social decay and political dissent, won’t sit idly by as another piece of the otherwise deceased Soviet puzzle is pulverized, never mind that a civil war, and not western conspiracy, is at the root of Syrian chaos. Young Assad is a business suit dictator in times that have lost patience with Armani strongmen who refuse to Tweet.

Any wonder, given the hubbub, that Moscow would direct its leaky fleet to steam from the Black Sea (Sevastopol) and the Arctic (Murmansk) to the Mediterranean, in a move reminiscent of Gunboat diplomacy.

Yet in some respects post-Communist Russia has yet to break with 1935, let alone 1904, knowing only to flex atrophied muscles for global effect. A 1980s loser in Afghanistan (a lesson ignored by the United States) and a pyrrhic victor in Islamic Chechnya, Moscow badly wants a say in the Syrian “pre-aftermath” and knows only to send weapons and vessels. As part of unspecified maneuvers, its rag-tag warships are headed to Tartus, a northwest Syrian port that looks toward Cyprus. Though the Syrian mainland is largely rock and ridges, a sliver of its territory does brush up against the sea, thus tickling the old Russian dream.

Though a fair number of Russians still live in Syria and the Russian “sail-by” has been excused to caution — to evacuate nationals, say — the cover story is a pretext. Putin, aware the Damascus decay is irreversible, seeks a say in coming events, particularly as Turkish regional influence grows. The idea of a revamped, West-looking Syria, or even one chummy with Ankara offends him. Such a development would undercut his already flimsy claim that Russia remains a country of vast geopolitical influence independent of the clout conferred by energy reserves and its network of pipelines.

But as menacing as Putin wishes to be — ships equaling sheen — his demitasse navy (minus submarines) is a bathtub duck. While Russian foreign policy still likes thinking big, the substance of ambition is outdated and even pathetic, an extension of what was and not what is.

None of this concerns Putin, who continues playing his military lyre, hoping perhaps to keep his Syrian lifeline alive after Assad falls, which he will in due course. Much of the bargain basement Middle East still depends on leftover Russian weapons and ammunition, however diminished the quality and supply. The Syrian Air Force, decimated in the 1967 Six Day War, still flies mostly surplus MiGs. The same was true in Egypt until it recruited Washington as an ally.

The Syrian gambit exposes the Russia of 2012 as a bit player in its own Soviet past, a proud society humbled by reversals, near-totalitarian leadership, and occasional visions of grandeur that, when they arise, bring underpaid sailors front and center. The perils of gamesmanship aside, it’s almost sad.