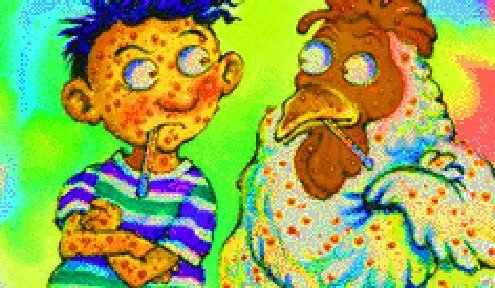 hen you last saw me I was sublimely in love and traveling around Europe by train. I later found out later that things had taken a not-so-sublime turn in Budapest.

But let’s flash forward to two weeks after Budapest, as I arrived in Dublin from Rome. After passing security, I stepped into the bathroom where I saw a face covered with rashes and pimples. It was mine. I sighed. At 25, wasn’t I too old for these surprises?

An hour later, my friends Catriona and Nurit met me at downtown Connolly Station. The Ireland visit would be my last side-trip before heading back to the United States after four years abroad. I’d met Catriona and Nurit in Rome four years before and we’d become fast friends while working in an Irish pub on Via del Governo Vecchio. Now we were regrouping with other friends in Dublin for a four-day farewell to my desultory life in Europe.

Walking to Annajoy’s house on Dublin’s south side, I felt my feet dragging. The thought of leaving Rome, Europe, all my friends gave me a dull headache that soon permeated my entire body. I tried to keep my spirits light.

Annajoy beamed when she saw me. “Don’t worry about the zits,” she told me. “I always break out when I’m stressed. You look beautiful. What do you want to do? We can go to that playground you love, or to the food court we dragged you to on your birthday. We can scan the thrift stores, get some classic Irish frippery to wow your American friends with.”

But we finally decided to stay in. I admitted I was feeling low, maybe on the verge of the flu.

“How’s your mystery man?” They all wanted to know.

“How were your travels together?”

“Is he coming to get you from the airport in Boston?”

My neck ached and my head swam. Why was I moving home to the States? I kicked myself for making such an impulsive decision.

By midnight Annajoy’s birthday party was in full swing. I sat on a beanbag trying to dress up my nausea and nostalgia with a smile, sipping a hot toddy, and talking to whoever happened to stagger over to wish me safe travels.

Liz sat down with her computer to show me old photos. Did I remember that time she’d come to Rome to surprise Catriona on her birthday? Did I remember how drunk Catriona and I got at Trevi fountain?

A premed student, Liz asked me about my skin. I gave her my set-piece answer: Allergic reaction, stress, or adult-onset acne. But did I have any spots on my back or in my mouth? I ran my hands over my lower back and my tongue over the roof of my mouth. Bumps in both locations.

Did I have a dull ache in my head and neck, nausea? Yes, I responded apprehensively.

Had I had the chicken pox as a child? No.

Had I been anywhere in the past three weeks where I might have been exposed to chicken pox? I thought about my backpacking adventures. Planes, trains, buses, hostels, stations …

Stop the party. Panicked, I yelled, “I have the chicken pox and am probably contagious!”

After a brief silence, the festivities re-launched. Apparently everyone but me had had the chicken pox as a child.

In the next three days the bumps multiplied greedily. They then became angry welts. After that they became bloated grayish-yellow pustules. The itch was like being aware of every mite in the room.

In Cork, I waved to friends from bed and, with a face full of puss, met and approved of Catriona’s boyfriend. But since people had begun wincing and backing away when they saw me, I mostly avoided all human contact.

I said goodbye to Ireland with a scab-covered face and spent my last week in Rome explaining and apologizing for my off-putting appearance over dinners and drinks. According to several accounts I was not only “icky” but “monstrous.” It cut my ego down at the knees to know that my Roman friends’ last memory of me would be as Flaky Face.

In just 10 days the dozens of pox on my face had very publicly morphed from pimples to welts to pus-blisters to scabs to pronounced spots. I’d been mortified and humbled. But gradually I felt better.

By the time I arrived in Boston the blotches were almost gone. When I got off the ferry from Logan Airport I saw my mystery man for the first time since Frankfurt. His words were a silver lining sailing in on the last cloud of the day. “I heard you had a face full of scabs, they’re spots at best, and you’re beautiful.”