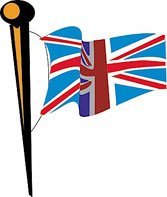 y the time many of you read this, Prince Charles and Camilla Parker-Bowles will have exchanged their vows in what one hopes will not have turned into an ugly parody of the prince’s first wedding. It can’t have been easy for either of them, knowing that a great many people wish them anything but well. In England, there is still a sizeable and very vocal faction that portrays Camilla as a scheming usurper and the cause of all Diana’s misery.

In Italy, people are less bothered about the rights and wrongs, but cannot begin to fathom how Charles could have cast aside the young and lovely Diana in favor of an old trout like Camilla. For some sectors of the British establishment, the big issue was that both Charles and Camilla were divorced. In the end, these concerns were brushed under the royal carpet on the basis that it was better to have the couple married, rather than living in sin, which is what they had been doing before.

It’s true that church and state are doing their best to push marriage as an institution at the moment, and the wedding of Charles and Camilla may be seen as chalking up a mark in its favor. Cynics, of course, might suggest the wedding of two divorced adulterers is likely to give marriage an even worse name than before.

Either way, something clearly needs to be done to turn around Britain’s unenviable record as the European country with the highest number of teenage pregnancies and children born out of wedlock. The Blair government harps on about the importance of marriage and family values, just as the Bush Administration does on the other side of the Atlantic and the pope does from his balcony.

But do any of them really do anything to make couples want to tie the knot? In the case of Blair and Bush, their pro-marriage stand seems to consist of gormlessly holding hands with Cherie and Laura every time they get in and out of a car or helicopter. At least we are spared that with Silvio and Veronica. As for the pope, maybe he should have a word with some of his priests, and suggest they try to be a little more accommodating.

In my own case, trying to get married here in Italy was more like an obstacle course than preparation for a happy event. It wasn’t all the Catholic Church’s fault — the Italian government did its bit to make the whole business as exasperating and stressful as it possibly could, forcing us to present proof of payment of rubbish taxes and other vital scraps of paper culled from offices the length and breadth of Italy. My future husband and I didn’t fit into the usual mold, so they punished us with even more paperwork — he was Italian, I was British, he was born in Naples, we lived in Rome and were to be married in Umbria. The bureaucrats had a field day.

But, not to be outdone, the Church also weighed in to make the run-up to our wedding a complete nightmare. My husband-to-be was Catholic, and I was Anglican. The priest in charge of the church, an unprepossessing creature who seemed incapable of smiling, sucked his teeth. “It’s going to be very, very complicated,” he said grimly. “Are you sure you want to go ahead with this? Anyway, mixed marriages rarely work.”

He didn’t seem averse to pocketing a fat fee for use of the church when we insisted we did indeed want to try our luck. Next stop Naples, where we were summoned to a meeting with the priest in charge of the diocese where my future husband used to live. It’s an open secret in the neighborhood that this priest has an illegitimate son. But he laid into us with all the charm of a rattlesnake, separating us for a fire and brimstone inquisition.

No smiles here either, and certainly no good wishes for the future. I was shaking with anger as I waited for my turn to be grilled on my views on contraception, divorce and abortion. But my wise future mother-in-law hissed at me to tell him whatever he wanted to hear. On the big day itself, the priest who actually married us was slightly less sour. It’s a pity he didn’t turn up at the wedding though. He’d forgotten all about it and had to be fetched by one of the guests. And when he did finally arrive, it would have been nice if he had remembered my name.