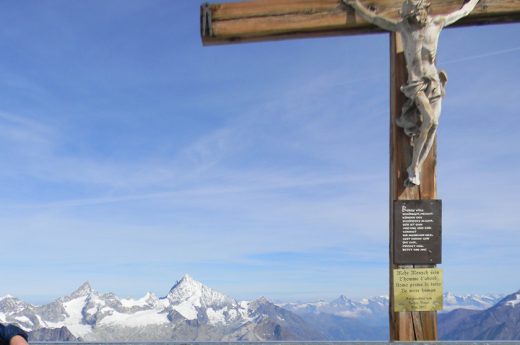 Typically the new year is ushered in amid a slew of inane resolutions regarding the future. I choose instead to look back.

The Canadian author I quote, Sandra Lake, is right when she says travel elicits understanding. But the word “understanding” requires greeater clarity.

To many, it suggests something uplifting, if not virtuous. The traveler is imagined as reveling in the beauty and diversity of the planet. Therein the misunderstanding. Too often, the wanderer soon comes to understand the world can be anything but uplifting. As for virtue, it can be entirely absent.

My half-century of globetrotting has made me aware of this reality in the most unforgettable of ways.

Let me begin by going back to Toronto in 1970. I was a scholarship student at a private New York prep school that mirrored the British educational model. I had attended the school since age 10. Most of my classmates came from astoundingly wealthy families. I played interscholastic soccer. In the fall of 1970, our team flew to Toronto for a game. Our opponents had three black players on their squad. We were all white. When our opponents scored their one goal, they celebrated with a joyous group hug. Seeing this, my teammates just smirked. One didn’t hug the “help.” We won. They had much more fun.

Flash forward to Barcelona in 1976. I arrived in Spain ten weeks after the death of the country’s Fascist dictator Generalissimo Francisco Franco. The streets were bare and silent, except for army troops stationed at nearly every city street corner, machine guns in hand. I crossed a street to a kiosk for water on an incredibly warm winter day. I passed a soldier, and the dead glance he gave me was an education in itself. He then startled me by hand-cranking his weapon. I still remember the sound.

What the traveler soon comes to understand is that the world can be anything but uplifting. As for virtue, it can be entirely absent.

Then came Tunisia. The year was 1977. I was in the capital, Tunis. Just before my arrival, the country had celebrated the 20th anniversary of its brutally won independence from France. But all the signs were still in French, not Arabic. French was also the language everyone around me spoke. On a hazy black and white television I got a glimpse of broadcast in French. I was 19 years old at the time, and couldn’t understand why people used what seemed to me to be the artifacts of their one-time oppressors.

In 1986, three years before the fall of the Berlin Wall, I traveled to East Germany. My group took a train from Hanover to West Berlin, which (few remember) was nestled in the heart of East Germany. East of the border between the two Germanys, guards entered the train, pulled forward by attack dogs ostensibly intended to sniff out drugs. The guards rudely searched us and probed our luggage. As the guards prepared to leave, I saw an elderly woman seated across from me hand the last of the guards several bills. I couldn’t see their denomination, and I never discovered what the payoff was for.

On to Darjeeling, India; the year was 2008. I was with my daughter. Shopping at the small personal markets just off Hill Cart Road, we were occasionally pestered by small groups of children who’d been dispatched by their elders to beg. We all but ignored them, until I saw a girl with light colored hair. She was perhaps five, and carried a small, battered tin cup in her parched hands. She’d chewed her nails to the quick. Her left eye was distorted, her eyelid drooped, and the entire left side of her face was a mottled moon crater.

I pulled out money, and my daughter, of all people, a veteran of travel to India, intervened. “Don’t be a sucker, Dad. Her parents threw acid on her face so you’d pay more. You can’t help her.” I gave the little girl a thousand rupees, about $10, and looked into her brown eyes. I consider her one of the most beautiful human beings I will ever see in my life. The little girl did not acknowledge the money. Instead, she ran away, and so did the other kids. I watched as two boys tackled her at the bottom of the street, and, though I couldn’t see anything clearly, I’m sure they stole the money. “See,” my daughter said.

The entire left side of her face was a mottled moon crater.

While in Bangkok on a lark a decade ago, my girlfriend and I climbed into a tuk tuk and asked for “a great whirl” around the old town. The driver took us to a dingy block lined with scantily-clad and heavily made up girls, some of whom looked no older than 12. Sex-for-hire on parade. Our driver apparently thought we’d asked him for a “great girl.”

In 2012, while in Gornergrat, Switzerland, I took a cable car up and up and further up, finally reaching the steep and slippery stairs that led to the summit. There, I found a 20-foot tall wooden cross with a statue of Jesus that all but blocked the view. I had no idea what he was doing up there at 14,000 feet, and he didn’t seem to either.

In 2016, I journeyed to Petra, in Jordan. The trip included a harrowing border crossing between Israel and Jordan. After that discomforting ride, we began the walk to the ancient city façade. Beggars and vendors trailed my group every step of the way. Most were men clad in taqiyahs and long tattered robes, while the children wore shorts and dirty t-shirts. A child offered me a bottle of water at a ridiculous price. But I already had a reusable jug in my pack and made ready to wave her off. That’s when I noticed her “shoes” — slivers of a car tire held together by string. I bought three bottles. I immediately wondered what my daughter would have said.

I’m convinced these are the kinds of images that linger in memory, a conviction that comes from how they still stand out after five decades of travel. The joy of travel aside (and I’ll get to joy, and fun, next time around), it is the singularly awful but occasionally beautiful hardness of life that informs our understanding of the world.