Fit to lead? Don’t go there 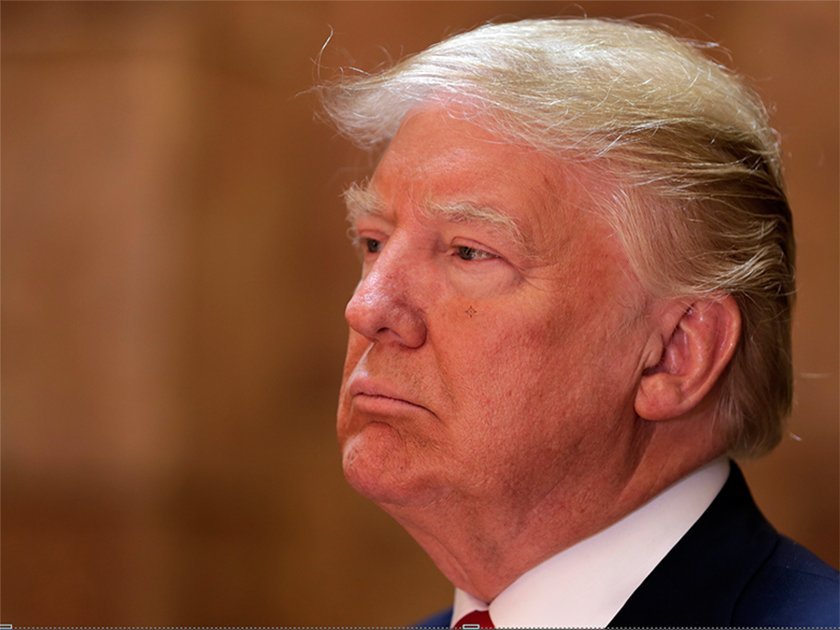 President Donald Trump has been called a malignant narcissist, and worse.
W

riting in an online forum dedicated to my courses (all this is now done remotely), one of my bright and enthusiastic students recently brought up the various movements that have arisen to disqualify President Donald Trump from holding office on psychiatric grounds. The push, which began early into his term, has won support from some psychiatrists, therapists, and other mental health experts. They have cited his dangerously unpredictable behavior. A few have issued informal diagnoses, using terms such as “malignant narcissism” and “psychosis.”

At first I almost wanted to jump on that bandwagon but stopped short for reasons that will soon become clear.

I don’t doubt the good intentions of those backing the idea and find it hard to disagree with their arguments. I admit to sharing their fears.

For example, it has crossed my mind that one way the president could try to get a devastated post-coronavirus economy back on track would be to start a war. Wars traditionally create jobs and re-energize factory work. It’s a nightmarish idea, but it’s one a malignantly narcissistic person might come up with.

On the other hand, since its origin, there’s no denying psychiatry has been used as a weapon of political manipulation and control. The former Soviet Union systematically hospitalized dissidents and “treated” them with antipsychotic drugs.

The U.S. “treated” runaway slaves by committing them to mental hospitals.

But far earlier, the U.S. “treated” runaway slaves by committing them to mental hospitals. Why? Because they had to be crazy to want to leave their “protected” life of slavery. In the early 1950s, at the height of the Joe McCarthy communist witch-hunt era, some nonconformists were handled the same way as the slaves, “treated” for reading Marcel Proust or leaving a job as a real estate agent to take up a Beatnik lifestyle.

And what about the children given drugs or even lobotomized for rightly objecting to parental mistreatment? Women were singled out and frequently labeled “hysterical” or even “psychotic” for refusing to accept the submissive norms of a “wifely” life — especially if they complained too much. We can take it back further, to the Trojan war, when Cassandra was called mad because she sensed things would end badly, something no one wanted to hear. Even today, someone warning of serious dangers ahead is called a Cassandra.

So using mental competency as a reason to disqualify someone, or group, is a double-edged sword with a tainted past.

Imagine if psychiatrists were actually called on to assess whether a president was mentally competent to manage a country. Imagine the implications. How would these experts be chosen? By whom? It would be a terrifying precedent to set.

Our field is supposed to be focused on empathy, and I would like to think that most psychiatrists are sensitive and empathic. But that’s not always the case, I know. All fields that offer someone a chance to have power over others can be expected to attract its fair share of malignant narcissists. This includes psychology — in fact, it includes many: medicine, teaching, and politics, among them. Again, it’s all about power.

Some psychiatrists are as narcissistic as the people they’re trying to diagnose.

Moreover, in my mind the prevailing trend that sees diagnosis as a simple procedure that involves observing behavior and categorizing according to symptom checklists is not only superficial, reductive, and simplistic, but also potentially destructive.

I have other concerns as well. What would the public actually do with the opinions of a bunch of psychiatrists and psychologists? Does anyone think that the supporters of the sitting president would respond to anything they conclude by saying, “Oh, yes, you’re right!” After all, the experts are privileged intellectuals telling people not necessarily as privileged what to think. I can’t see that going over very well.

Experts should put their efforts into understanding the unrest and distress that Trump supporters feel.

What I’d wish for instead is that these experts put their efforts into understanding the unrest and distress that large numbers of those Americans who support Trump feel. No matter how much certain people disagree with him, or even consider him dangerous, a large portion of the citizenry still feels no one else is addressing their problems and concerns.

Perhaps if more were done to show poor Americans, the unemployed and underemployed, who see no future for themselves, that they have a lot more in common with other poor, unemployed, underemployed people of other backgrounds and ethnic origins that they have more in common with each other than not, and that they’d be better off joining together rather than letting people manipulate their differences, they might move to support a better, saner, and more empathetic leadership. Playing on race and other divisive arguments are ways to divide and conquer, not create consensus. It’s ancient logic: Make impoverished citizens hate each other and they’ll never depose you.

I hate it when politics becomes about politicians and not issues. It only feeds into the same narcissistic mechanisms that are being objected to in the case of Trump. Politics should be about “The People” and their needs.

That doesn’t mean I’m not afraid when a malignantly grandiose, narcissistic leader is in power. But, as in the case of child abuse, I believe there are two parents, and while one is abusing, the other is looking away.  They may loudly contest the abusive parent, but they are not protecting the child.