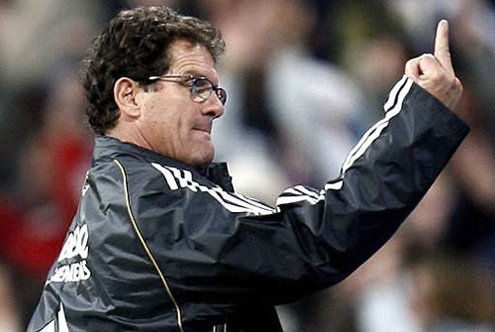 nce upon a time, when the Serie A was still il campionato più bello del mondo, the Cold War barely over, I would spend my Sundays in the historic center of Rome locked up in a room with a view of Piazza Grazioli — my head tilted intently at a tiny black box, my mind merging with a volley of volatile Italian voices streaming from the radio, minute by minute.

For a soccer fan trying to cover Tutto Il Calcio Minuto per Minuto for an international news agency, it was at first like trying to pilot a jetliner across an ocean: stretches of relative boredom pierced by moments of white-knuckle excitement. I’d be dozing off to a dreary scoreless draw between Foggia and Cremonese when a massive roar would erupt at another stadium and send RAI’s nationwide soccer report to another city and game.

“Devo intervenire da Milano!” a new voice would chime in (often the gravelly simpatico Sandro Ciotti). “Roberto Baggio has scored a breathtaking goal to give Juve a 1-0 lead over the padroni di casa! And Captain Ancelotti has been sent off, complicating Milan’s task here at the San Siro.”

The drama was unfolding before my very ears — and those of millions of Italians perched over transistors on their Sunday stroll through the piazza. Soon, another roar would erupt, hurtling the show elsewhere to for the latest news.

This was real drama (even if you couldn’t see it until “90th Minute” later on television). This was the Italian league of Diego Maradona and Il Divin Codino Roberto Baggio; of the Flying Dutchmen Van Basten, Rijkaard, and Gullit; of Gianluca Vialli, Roberto Mancini and Gianluca Zola (and his legendary Parma foil, Tino Asprilla at his best.)

These were the salad days. And everyone knew it.

Just as everyone knows that today’s game is very different.

After a decade of television-fueled growth, the English Premier League has become so globally popular and potentially lucrative that hardly a week goes that some foreign tycoon isn’t apparently bidding on one of its clubs. English teams now dominate the world’s premier club competition, the Champions League, because they’re the richest. They can buy the best players and coaches.

It’s not rocket science, though London’s The Times recently announced the startling news that with Chelsea washout Andriy Shevchenko returning to AC Milan to join Barca burnout Ronaldinho, Serie A had become “a retirement league for Europe’s ageing footballers.”

But this isn’t really news or even genuine insight.

It’s true that Serie A has slipped, even if its top clubs are still competitive with the best in England and elsewhere. It’s also true that a lot of its “stars” are getting long in the tooth, even if guys like Paolo Maldini and Pavel Nedved and Shevchenko can still play the game.

That, rather than cheap provocation, was a better question for The Times.

The answer can be found by watching the different leagues. Take the test yourself. Watch lower Premier League teams and compare them with counterparts in Serie A or Spain.

First touch, passing, tactics — the lower English teams just aren’t as good at these basic skills as the Latin teams. The English generally have better athleticism — the players are big and strong — but all the running often lacks rhyme or reason. By comparison, the lower Latin teams are generally more skilled, with better first touch and cleverer tactics front and back.

That makes for fun football, even in the lower tiers.

It also makes for better all-round players in the Italian and Spanish pools with respect to their British peers. To be sure, top-flight England has a wealth of talent. At the same time there is something fundamentally wrong with talent that once assembled and inserted into the competitive international arena never breaks through.

The Premier League is sui generis. When its best clash, nothing compares to its pace, strength and athletic intensity, not to mention the world-class talent of players like Cristiano Ronaldo.

But taken to the next stage the Premier League game comes apart. Italy’s players and coaches won the World Cup despite their league imploding in corruption and having fallen well behind Britain in terms of talent, salaries, and overall popularity.

For all the flack he took, the Italian-trained Swede Sven Goran Eriksson came closest to getting England to playing successful, attractive, continental-style football. Now, after its recent 4-1 away thrashing of Croatia, England has signaled that it might actually be ready to step up to its billing as the national team representing the best league in the world.

Of course, it’s lost on no one that the man at the helm of this nascent English revolution is none other than Fabio Capello, the farmer from Friuli and former Italy international who took over from the hapless Steve McClaren in a courageous (and extremely lucrative) gamble to teach England how to play internationally. Capello’s celebrated coaching pedigree is Latin all the way — AC Milan, Roma, Juventus, Real Madrid.

Awash in foreign money and foreign talent, England must still hire foreign teachers. And when it comes to football, la scuola italiana is still among the very best.

It’s something The Times not surprisingly left out of its Italian doubts. It’s also the ultimate irony.