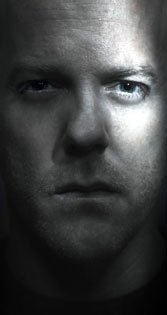 lla first met Jack on the suggestion of a friend. It’s funny to think about now, but in the beginning she wasn’t particularly attracted to him.

Blondes had never been her thing and he wasn’t even very tall — though he was compact. His ash grey eyes were nice, especially when he scrunched up his face in concern and the little crinkles splayed out on either side of them. It was that look — the concerned, contemplative, thoughtful look — that she now conjured up at the first thought of him.

Theirs had been a slow, unwinding seduction. There were things about him that irritated her: the way he never seemed to have any time, a distracted air… he seemed to care about everyone — which was considerate of course — but at the same time she wondered if and when he would have the space to dedicate a little extra. He was particularly attentive to his family. He had a daughter from his first marriage and he would go to the ends of the earth to keep her safe. Ella watched him some nights, pacing the halls until he could sleep in peace, knowing she was all right. There were times he seemed to trust no one, including Ella herself, and she wondered what sort of traumas and misadventures he’d endured before they met to make him so paranoid.

And yet, at the end of what seemed like never-ending days-when each of the 24 hours seemed to drag on three times that-he would finally rest at her side. They would shut off the lights and Ella would shut her eyes and let him take her wherever he wanted to go.

He was restless and sometimes aggressive. He never took his time. But in his eyes was an undeniable sweetness, a care so intense it was almost alarming.

There were days when Ella thought it best they didn’t see one another. He never protested. Perhaps he liked the feeling of missing her. Ella it was more the proof that she could last a day or two without hearing his voice, seeing his face. Once they were reunited, even for mere minutes she felt at ease again.

Several months into their relationship she began to suspect he might be seeing someone else. Their encounters remained intense, if brief. He rarely stayed over. And yet whenever she tried to bring it up, he hushed her with tender tale of something his daughter had done or a work injustice so grave he felt compelled to correct it. He changed the subject so radically she felt silly for even thinking about it and admired him all the more.

She would lie awake nights watching him, observing his every move and felt herself beginning to love the details: the way he walked with a subtle strut, pulling himself up by the chest, the way he always seemed to speak in a whisper, the more impassioned the discourse, the raspier it became. She loved the silhouette of his eyelashes against the sun, and the way his face resembled that of a stubborn boy only blanketed in the taught, tried skin of a man who’d lived more in every minute than most people do in a lifetime.

When he contracted a near-deadly virus in the summer she prayed (prayed!) for him to recover, and miraculously he did. Judging by the scars on his body and the depth of his stare, he had cheated death on more than one occasion. At night she would run a finger over her own thigh or the length of her hip and imagine the roughness of his skin against hers — so soft, so unaccustomed to hardship.

She began to wonder if a man so extraordinary as he was could ever align himself with her ordinary routines or her ordinary emotions. There was a detachment in him that, combined with his sincerity, made him impossible to resist, yet impossible all the same.

The last time she saw him she cried. She knew it was ending. He knew and said nothing. They had shared 193 hours. She had counted them.

She shut off the television and waited for sleep.