Finally, France is owning up 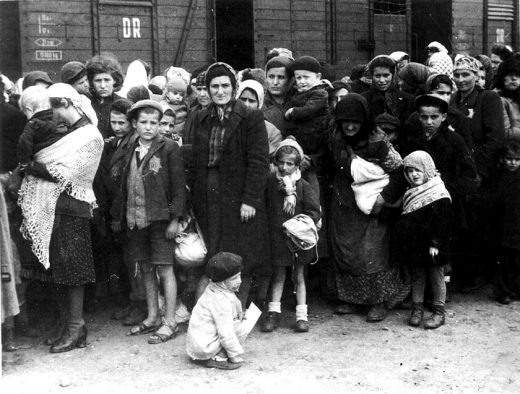 In February 1943, on Lyon's Rue Sainte-Catherine, the Gestapo rounded up Jews as it had already done in Paris and elsewhere.
T

he château de Flers is an old, respected French structure situated in lower Normandy, not far from where tens of thousands of Allied troops landed in June 1944. It’s a museum now, anchored in a greenish moat, like a grandfather clock made of stone.

I’m inside, in the supply room, which has a deceptive name. It is a tiny space, a cheese-wedge corner of a large room once intended to host functions and meetings. Above the door are the words salle du souvenir (remembrance room). The “supplies” in the room are stacked up against framed photographs and documents, personal belongings and writings. There is a yellow star with the black letters JUIF (Jew) and a striped uniform from what was once a carefully curated exhibition about the Flers Jews, a community that the Holocaust tore apart.

Now the room is one of relics.

When I started writing this column in December 2019 my goal – maybe unconsciously – was to create a shattering, if not nasty, piece about how France treats its Jewish heritage, and how after World War II it did all it could to forget its involvement in the Nazi genocide.

To deny this part of its history, to not be angered, to take a calm approach, would be wrong.

One cannot set aside how the French ignored the experiences of Holocaust survivors.

But with time, in the subtlest of ways, I have realized that there is another part of the story that deserves focus — perhaps even priority.

If one side of France worked to forget the awful past, another side, increasingly active, did not. That side was willing, if not now eager, to make an effort to keep the memory and spirit of its Jewish heritage alive. To focus on one side while omitting the other is also wrong.

That said, one cannot make the Vichy regime go away, or choose not to speak of the 8,000 Jews rounded up in Paris’s Velodrome d’Hiver in 1942 and deported to places from which there was rarely any return. It was among many such mass roundups.

One cannot just set aside how the French population ignored the stories and experiences of Holocaust survivors, which it did for many decades.

And I will never forget the canvases from an old art class stacked up in front of a clipping in the old remembrance room. Before my eyes were vestiges of people who were literally made to vanish.

Seen from any perspective, France betrayed its Jews and later chose to sweep as much as it could under the rug for some 50 years.

The late French President Jacques Chirac, who came to power in the 1990s, was the first domestic leader to openly and officially recognize French actions as a mistake.

It is at this point that the story begins to balance out, a balancing out that remains in its early stages. This is also the point at which the overall viewpoint becomes more like mine, and begins to make room for a national change in approach, particularly when it comes to education.

Since September I have been in troisième, the final year of French middle school. Une jeunesse au temps de la Shoah (“A Youth in the Time of the Holocaust”) has been a reading fixture in the education system since the author’s death in 2017.

The author is Simone Veil, the groundbreaking woman behind France’s abortion law – and who, it is important to add, was Jewish. In French, history and art, my class has worked on projects about her life and her about her political battles.

Like a mantra, I’ll say it aloud: France is remembering.

France is digging into its past because it has something vital to remember. Not all capitulated to the merciless wind.

France is digging into its past because it has something vital to remember.

There are the Paris gendarmes who rescued half of the 25,000 Jews who were rounded up as part of the Vel’ d’Hiv incident. There are the people we know as the Justes, who, in Veil’s words, “in saving the life of such and such an individual, bore witness to the greatness of humanity.”

France is remembering because of people like my neighbor’s late parents, who quietly sewed the seeds of resistance and risked their lives by hiding a Jewish family in their house during the lengthy German occupation.

My class is named after another such person, Simon Igel, an Auschwitz survivor who shared his story in schools throughout France well into his eighties. I then learned that students in the Collège Paul-Duez in the French north were retracing the stories of Jewish families and individuals in that area. France is remembering.

Before my Catholic faith, I am a fifth-generation Upper West Side New York Jew. I ask my higher power to help us all combat the hatred that we know to be rising around us.

As a writer, I believe that no writing is wasted. In the first draft of this piece, I likened the remembrance room in the château to a sick child you don’t want to admit is yours. Such has been the case for the Jewish legacy for too many years in France.

But remembrance and tolerance, peace with the past and present, are making headway, and in this way, the sick child is being nursed back to health.