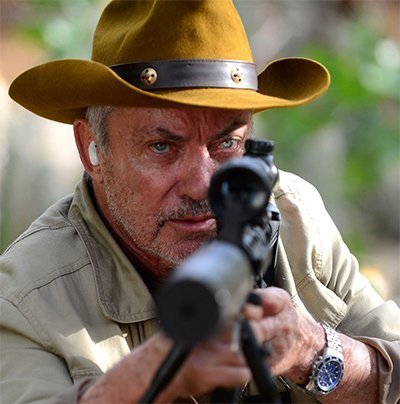 The fictional town of Bacurau, Brazil is not found on any map. It’s appropriately named because the Portuguese word bacaru means nightjar, a bird that is so difficult to locate that scientists are unsure whether or not it is extinct.

There is an elusive quality to the film — and not just because the pandemic interfered with its release. Certain scenes would seem to suggest that the genre the film belongs to is science fiction — but then other scenes are more reminiscent of westerns, or satires, or the revenge genre. One can hardly declare any of these genres to be the primary genre.

Filho’s and Dornelles’ aloof, eclectic style creates a space where the familiar and the peculiar intermingle. In the space of a moment the frenetic camera gives way to a long, slow plan, creating a sense of tentative detachment in the viewer. Think of the manic camera speed of the jeep scenes in “The Gods Must Be Crazy” juxtaposed with that of Antonioni’s dispirited camera in “The Passenger,” crawling away along the jeep lodged in the sand. But even then, don’t think too long.

The plot line itself, which demands the patience of a field scientist, is clear only in retrospect. After the death of Bacurau’s matriarch, the small town begins to experience unusual events. A drone is spotted flying overhead, horses uncharacteristically stampede through the town’s one main street, a water truck returns with its contents leaking out of bullet holes, and bodies mysteriously begin to turn up.

And along the way, typical movie elements and themes do not provide much more stable ground. The sex and violence in the movie appear as nonchalant as the harsh and humble surroundings. Political structures provide a connection with the world, if only through an unassumingly cynical lens. Technology is utilitarian at best.

Despite its enigma, though, there is an implicit message here about culture. Culture should not be viewed merely as a symbol, but valued for its own sake. The culture of global politics and economics should not supersede the living breathing cultures that they replace. Social engineering is not a misnomer, nor is it a natural consequence.

The remotest of villages overlooked by mapmakers may be considered cut off from the modern world, vulnerable to the exploitative nature of politicians, the media, the wealthy, and technology. But one gets the sense the people of Bacurau are there to remind us that shared history and culture are not necessarily so easily exploited. Nor are such cultures to be presumed extinct.