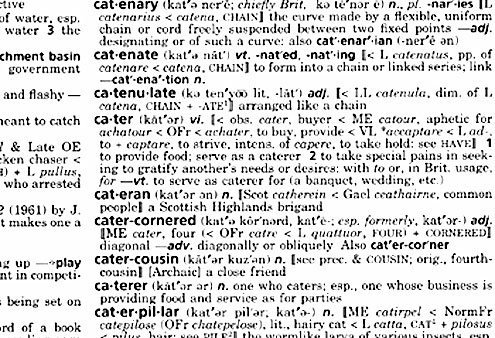 Check before speaking...
I

pity my children’s English teachers. I mean, can you imagine just how sickening it must feel to turn up on the first day of term, thinking you’re going to get away with getting the class to chant “Appy ‘Allowe’En” in October, and sing the John Lennon song ‘So thees ees Chreesmas” in December, and finding yourself stuck with someone half your size who speaks rather better English than you do?

No wonder they have such a high turnover. And no wonder the teachers always dodge me at parents evenings. I see them scurrying off, inventing all sorts of lame excuses as they disappear from sight, panic etched on their faces at the prospect of having to speak to me — in case I suddenly break out into English and force them to do the same.

To give credit where credit is due, my children give them a fairly easy ride, partly because they have been warned by me, on pain of death, never to snigger, or worse, correct a teacher, even when it must be sorely tempting. Thus, when my eight-year-old’s teacher asked her the other day, if she knew a book called “The Very Angry Caterpillar,” my daughter quite innocently said no, and managed to keep a fairly straight face when, on being shown the cover, the book turned out to be “The Very Hungry Caterpillar.”

For the same reason, my son obediently copied the word “sok” down from the blackboard, without pointing out the trifling matter of the missing “c.”

Still, it’s easy to laugh, but language is a tricky business, and I am still smarting from the time, many years ago, when I went into a small village shop in Umbria to buy a kilo of figs (fichi) and realized from the expression of mixed horror and hysteria on the face of the owner that I had got the gender wrong and had in fact asked for a kilo of a part of the female anatomy (for anyone too new or too pure to be familiar with the word, I suggest you look it up in the dictionary).

Language is also very visceral — it goes to the core of one’s cultural identity, as anyone who has ever had children from a mixed marriage will probably know. And it’s very easy to get it wrong. When my first child was born I was so terrified that he’d grow up speaking like an Italian waiter from Romford that I carried out a ruthless Mussolini-style program of linguistic cleansing, sending him to an English nursery school, bombarding him with English videos, cassettes and books and barring Italian television from the household.

Talk about overkill. It worked so well that by the time the poor child was three, and ready to go to his Italian scuola materna, he could hardly speak Italian at all. I had actually intended to send him and his sister to one of the English schools in Rome. My long-suffering Italian husband and I sat down one night and worked out that if we never went on holiday again, or out to dinner, or did anything fun at all, we could afford to send them there until they were 10. Then I found out that most of the kids there aren’t English at all, so we binned that idea and decided to have a third child instead.

Going back to English teachers, they have my respect and sympathy, as I know from a thankfully brief and distant experience just how hard a task it can be. As an impoverished journalist in Paris I agreed to give English lessons to a 14-year-old French girl called Natalie, whose mother was worried she was going to fail her exams.

Natalie, perhaps understandably, was far more interested in canoodling with her boyfriend than in learning English verbs and made absolutely no progress whatsoever. I carried on with the weekly torture, drawn more, I confess, by the superb four-course dinner cooked by her mother, and a lift home with Natalie’s gorgeous brother, than by any professional interest in my unresponsive pupil. And I’m ashamed to say that as the exam date loomed, and it became increasingly clear that Natalie didn’t stand the slightest chance of scraping through, I scampered.

But even that fiasco pales into insignificance compared with the gormless pupil that a friend of mine managed to land. This one was keen, but try as he might, he just couldn’t get the hang of it. After months of patient tutoring, going over the exercises for the nth time, it seemed, at long last, as if he might be getting somewhere. Then, one evening, as he was painfully stumbling through a simple English text, he spoilt it all by asking; “Er, che significa ‘and’?”