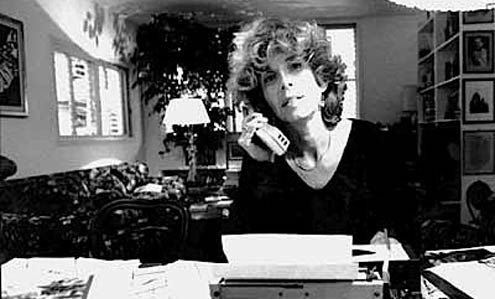 Fiamma Nirenstein’s first visit to an Israeli kibbutz coincided with the Six Day War of 1967 (“I was a young communist, like most Italian youngsters,” she writes of that time.) She’s been deeply involved in Jewish affairs ever since. Nirenstein founded Italy’s first feminist journal, Rosa, in the early 1970s. Later, the Turin newspaper La Stampa and the national news weekly Panorama took her on as a Jerusalem correspondent. She is now a visiting professor of Middle East history at Rome’s LUISS University. Nirenstein credits historian Bernard Lewis, with whom she’s written books, for teaching her “to truly understand” the Middle East. In her latest book, “Gli Antisemiti Progressisti” (The Progressive Anti-Semites), she writes, “We cannot win the war against terrorism if we don’t win the war against anti-Semitism.” Amy K. Rosenthal chatted with Nirenstein in Rome.

In “Gli Antisemiti Progressisti” you blame the European Left for the rise of anti-Semitism. Why? Because the liberal cliques that have their roots in pacifist or no-global movements have used the words “imperialism,” “human rights,” “apartheid” and “colonialism” — terms and criticisms that have been used against non-liberal organizations and dictatorships — and have turned them around against democracies in order to defend countries that aren’t. They have reorganized the vocabulary of human rights and use it as a weapon against Israel and the United States. This includes the United Nations, which claims to care about human rights.

In Europe, a new dream of globalization has emerged, and it’s come about with an enormous influx of people from Muslim countries who have brought with them an anti-Semitic and anti-American wave. The Europeans have been infected with this wave out of guilt in relation to the Third World and they don’t know how to respond or what they should do at this moment.

Do you think the Catholic Church plays a role in igniting anti-Semitism today? It plays a double role. Pope John Paul II has made efforts to calm the situation, which resulted in his trip to Israel in 2000 that attempted to go beyond the Catholic Church’s “theological curse” in relation to Israel and the Jews. On the other hand, he has been afraid and has not understood how to stop with the politics of fear. He doesn’t understand that there’s no appeasement when it comes to the Israeli-Palestinian problem.

Is there a difference between anti-Semitism and anti-Israel sentiments? No, I don’t think so given the state of the world at this time because they have been grouped together in a terribly biased manner.

George W. Bush and Ariel Sharon have both been portrayed as “murderers” and “colonialists,” and anti-Americanism and anti-Israel sentiments have been depicted as two faces of the same coin. How do you view these comparisons? They are artificial. They are very different men. Bush is only fighting terrorism, but Sharon is fighting both terrorism and for the survival of a state. I think Bush doesn’t feel a political need to defend Israel like former President Bill Clinton did. Bush doesn’t feel idealistic towards Israel.

Giuliano Amato told me in an interview last fall that anti-American and anti-Israeli sentiment were “separate entities.” He also said, speaking of the Palestinian-Israeli conflict: “It is in the common interest of all countries to end the conflict by being equally severe against Hamas and the blocking of new Israeli settlements.” How do you interpret this response? I think the exact opposite of what Amato thinks. The Israeli-Palestinian conflict has nothing to do with anything else occurring in the Middle East. Let me ask you: Is Israel the cause of Al Qaeda or the fact that there are dictators in 22 Arab countries at present? Is Israel the cause of the war in Iraq or international terrorism? No! Therefore, the Israeli-Palestinian conflict has no spin-off effect. Political events have brought a mixture of Islam with dictatorships and the ferocious desire to attack Western society. Israel is a little piece of Western civilization in the Middle East. Look, Israel didn’t create these problems.

The famous “fence” in Israel has recently been condemned by the International Court of Justice (ICJ). What do you think about this decision and what steps must be taken after it? Article 51 of the UN Charter is not valid in this case because it declares that it is forbidden to fight terrorism. This decision doesn’t take into account the human rights of the Jews and only gives in to Palestinian extremists. This decision is a disaster. It displays that the UN is a corrupted and discernible bunch.

Two days after the ICJ’s decision, Israel witnessed the first terrorist attack in four months of the fence’s construction. Would you go so far as to say that such decisions by the international community perpetuate further attacks? Of course. It gives a license to kill. It sends the message that even if the Palestinians continue with terrorism that this strategy will be accepted. It fails to take into account that terrorism is genocidal and racist.