Feel for the palm 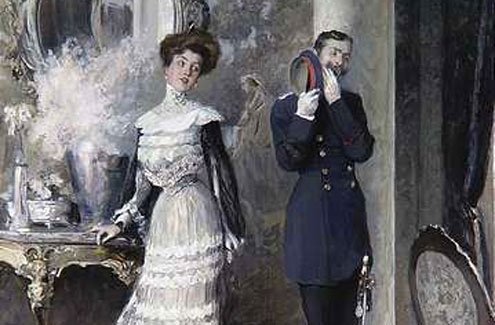 Be as quiet as possible when you cough, sneeze, sigh, or yawn. Refrain from speaking when yawning; cover your face with your handkerchief and turn aside, George Washington.
G

rowing up meant learning manners. Rules change over time, but my fossil-hunting boyhood seemed to resist its passage. Self-consciousness, now a measure of social unease, molded respect, as in deference, which in turn shaped personal pride and contextual elegance.

The rules seemed to begin with the mouth, the body’s most fascinating if hazardous orifice (busybody vaginas would soon co-opt mouths, but that interested me little, at least at the time). The mouth was what a growing boy most needed to learn to control and manage if he was to morph into a crisply functioning adult.

Central to the process was what you said, or didn’t say, with manners intervening to temper undue emotionalism and ensure propriety. “Sleep on it,” adults insisted, demanding (remarkably) that reflection come ahead of reaction, particularly if the matter mattered. I slept on it a lot, avoiding impulsive retorts. When I failed I was chided. Now, decades later I find myself in a rewired (and sleepless) social order that speaks and sends will, indebted only to the impetuous.

But back to the mouth, that pit of woe.

Not only did the mouth need protecting from the worst of itself, speaking out of turn, but from its biological lurches, judged rude. If you yawned, you covered your mouth, same with sneezing and coughing.

Yawn and coughs were considered private eruptions. Chewing openly as if to beckon others into your gummy mandible was disrespectful, as were groans and similar detonations. An un-palmed cough was seen as a reprehensible failure to check the mouth’s baser impulses. Hiccupping children got brief leniency, but only until parents intervened.

The mouth was lengthily subject to authoritarianism. Opening it for any amount of time was seen as a prelude to articulate speech. If such speech failed or faltered, the mouth was summarily ordered shut, particularly if a boy owned it.

Though the original mouth-closing commandments were part of a kind of damage control, a way to conceal bad teeth or bad breath, they also helped steer people away from the (now extinct) possibility of mortification.

In truth, mouth regulations never truly shut anyone up, or down, but they did keep some people honest, derailing uncouthness. Ever see husbands, wives or lovers snorting at each other while brushing their teeth, bathroom doors ajar, in a 1930s film? If so, name one. Respect for what was once known as intimacy and is now called “personal space” seemed pleasantly… civil. Why mortify the innocent?

The depth of the protocol first hit me in polite Japan, on a trip to Hiroshima in the mid-1980s, when a tiny woman who served me chicken laughed in an outsized way when my incompetence with chopsticks sent breast bits flying. She quickly excused herself, nodded in fantastic apology, and disappeared behind at curtain at the owner’s request. My chicken cannonade was hilarious, but her volume went too far, and she knew it. In Japan of the time, female laughter was indecorous. I felt for her but culture wasn’t mine to abridge.

These days I crave her awareness, albeit after-the-fact.

In a world that increasingly trivializes adult values, mouths won’t stay closed, creating a self-indulgent ripple effect. Political “discourse” revels in its adolescent side while mobile phones shatter conversation’s cardinal rule: to speak and listen without interruption. The mouth does as it pleases. Uncovered yawns, sneezes, coughs and chewing are an essential part of the maw’s pop exposure. Once a dungeon, the mouth is now prized piece of physical real estate available for viewing at a moment’s notice, both outside and in. Vigilant palms once poised to hinder its indiscretions languish unused, the vestigial victims of a spayed modesty. Feel for them.

The self-consciousness that disciplined the head’s small oval has bowed out in the same way dress codes have yielded to a constant casual only sexual vanity modifies. If dress doesn’t matter, or does so only as an adjunct of coquettish allure or celebrity copying, where does more intimate physical tidiness, and dismay in its absence, fit in? It doesn’t. Hence a precocious female generation clothed to the sexual nines while paradoxically chewing, coughing, sneezing, and maybe even brushing its collective teeth, unaware that even narcissism has constitutional limits.

Among kerchief-less young men, decorum feels remote if not unnecessary, as does restraint, which makes physical self-control less critical. You live, drink, love, puke, and apologize, not always in that charmed order. And what happier and more affirming sign of male life than a burp?

I never burped effectively, possibly a consequence of insufficient practice. But I was an extremely gifted public yawner, particularly in school.

That ended in second grade when Mrs. Jackson told me in front of the class that my next unprotected yawn would result in a trip to a local hospital where my reckless mouth would stitched shut forever. (She was thankfully unaware that half-a-century later such a remake might have produced child abuse charges). My palms took Mrs. Jackson’s terrifying admonishment to heart and set about engineering what would become 50 years of efficient (though non-digital) cover-up operations, which endure to this day.