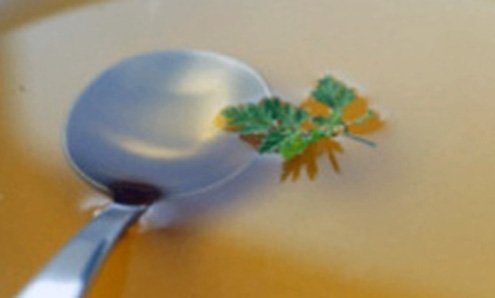 hen a 16th-century proverb collides with modern medicine, something has to give. In this case the casualty may be the “feed a cold, starve a fever” proverb. Medieval wives (allegedly the spinner of tales) thought eating food helped the body generate warmth, while avoiding it helped keep too much warmth from burning you up. A cold meant eating; a fever called for abstinence.

These days, medical studies insist it’s probably best to feed both. It would come as no surprise of the medical researchers behind this revision happened to be Italian.

When you’re sick in Italy, starvation is never involved. Yet Italians are remarkable in telling just what you should and should not eat when you’re sick. While Americans plow through ailments or hide in bed — not eating if they don’t feel like it — an ailing Italian who fails sip on a bowl of mamma’s chicken soup is punishable by a lengthy jail term. Imagine fasting. Heresy!

Whether treating a minor matter such as the dreaded colpo d’aria (stiffness or a cold from a draft, basically) or confronting more serious ailments, Italians have detailed protocols.

To cure sniffles, the common cold or even pneumonia, there’s brodo. Chicken soup is veteran healer seen to fight illness by converting healthy nutrients into energy. A fever, for example, is the immune system’s effort to defend itself by raising body temperature, increasing metabolism and burning calories. Each above-normal degree further increases the body’s energy demands. Though brodo doesn’t possess magic powers, it does pack the calories that are then transformed into energy. Just as important, it’s a fluid, which helps keep the ailing body both nourished and hydrated.

Spices and herbs also play a part in the medical mojo. Italian households often fall back on garlic, chili pepper and thyme to disinfect and free clouded airways.

Sore throat, raspy cough and inflamed respiratory tracts are treated depending on the weather outside. In winter Italians down tall glasses of warm milk and honey (in Alpine regions, adults prefer downing goblets of vin brulé — red wine steeped with cloves, cinnamon and star anise). In summer, gelato is seen as an antidote to a scratchy throat at any age.

Italian mothers always have a glass of fresh-squeezed orange juice on the table. School kids have the habit of ingesting Vitamin C not at breakfast but right before lunch, as they wait for the pasta bowl to land on the table.

Italians treat an upset stomach or intestinal troubles with a menu of foods in bianco, or “whited.” Food is boiled, steamed or grilled, no rich dressings or colorful condiments allowed. The idea is not to tax an upset stomach. It will “work less” and heal more quickly if not forced to digest foods that contain tomato sauce or have been fried or stewed. Dairy or complex sugars are also kept out of the mix, all of which makes sense.

If I’m in my neighborhood cafe ask Giovanni for a cup of té al limone instead of my customary macchiato, he’ll immediately want to know if I’m not feeling well. Tea with lemon, or plain (no milk) is considered a remedy, not a British-style leisure time beverage.

While my American family treats diarrhea with the BRAT diet — bananas, rice, applesauce and toast, or feeds the patient oatmeal and saltine crackers — my Italian half demands boiled potatoes, bananas and white rice. But not just regular old white rice, oh no. Riso in bianco must be overcooked and served with plenty of its starchy water, drizzled with a thread of olive oil, a few drops of lemon juice and a very small sprinkling of grated Parmesan, for flavor. And sustenance. (Both of which come with spoken exclamation points.)

One Italian remedy against the flu is pesce azzurro (including sardines, anchovies and tuna). Mediterranean oily fish is a great ally in creating new antibodies to offset viral attacks. They steam and filet the fish, pair it with boiled potatoes and drizzle all with the purest olive oil.

When the patient is bloated with aria, the impromptu Italian nurse will hold back on “musical” foods such as onions, apples, broccoli, artificial sweeteners, cabbages, artichokes, lentils, chickpeas and beans, urging the ingestion of fennel (both munching on the bulb and brewing tea from the seeds), green tea and licorice.

Other food-inspired “repairs” include putting a raw steak on a black eye or on a bruise (North America came to the practice later); regulating blood pressure by swallowing a whole clove of garlic, and using olive oil to relieve earaches.

Ear problems are always a nightmare, especially so for children. Add air travel and you’ve got potential long and painful hours. In my maternal household, Nonna would ease my ear pain by lodging a cotton ball soaked in hot olive oil in my outer ear cavity. Even without a proverb to boost it, it worked like magic.