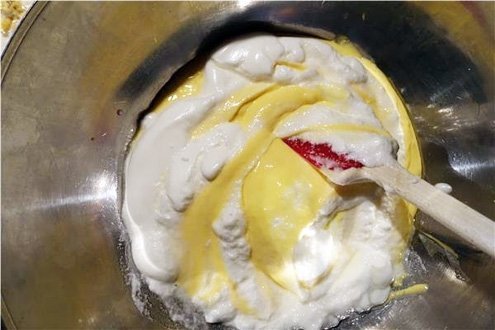 And euphoria has replaced trepidation for the organizer of the Feast of Montisi, even if it took a week to recover. But we pulled it off. Together.

I greeted my long lost friend of 20 years from San Francisco as if it were only yesterday that we’d stirred up trouble inside our kitchens and out. Arrivals from Vancouver, Los Angeles and England skirted around each other briefly and then plunged into planning lunches and dinners and wine and outings as if they had lived in the villa all their lives.

One husband, unknown to all of us, is a scientist and had encyclopedic knowledge of why foods do what they do, a kind of in-house Harold McGee, whose book, “On Food and Cooking,” was my bible for some years (Is all sugar the same? Why do egg whites whip? And so on). Consequently, we not only cooked but also received inside information about bread mold, sauce emulsions, and pre-dinner Negronis — which he insisted had a technical method to their madness. We let him wail.

One night, a couple turned out a mean bistecca alla Fiorentina with smashed potatoes — hard to pass up Tuscan Chinanina cattle, not to mention fresh rosemary in the garden. Carnivores rejoiced and a few others stuck to the roast turban squash soup with pumpkin oil and seeds as garnish.

Some of our assembled old friends, most of who were meeting for the first time, created plates that any restaurant would envy. My previous trepidation was quickly set aside. Gather together food-loving strangers and the kitchen becomes the mother of all invention.

They grilled trout and anchovies, made mysterious salads of that strange but beautiful lettuce one finds in Rome — large pale green leaves speckled with little red spots. They tossed it with oil, vinegar, firm pear slices and toasted walnuts and the whole worked in perfect unison, without a glitch.

Cooking does that to people.

Collective chopping, peeling and sautéing seem the most effective lubricant to oil the cogs and wheels of a great kitchen. Everyone created a workstation — for prep, cooking, table setting, dishwasher loading (there were two, thank heaven) and wine pouring. Especially wine pouring! Nothing like a nice bottle of Chianti Reserva to break the ice.

On day trips to Pienza, Siena, and Florence — new discoveries for some — these adventuresome travelers brought back finocchiona, sausages and salamis, and a sampling of the myriad pecorino found in that part of Toscana.

Cooking together is a lot like a good soccer team. The ball must be dribbled deftly and passed at the right moment. The player on the receiving end of a pass must turn on a dime and head for the goal. But like some soccer teams, we lacked an effective goalkeeper. At every meal, the ball went straight into the net and all of us scored, an orgy of goals and food. Among the scorers was a charming local hunter and cook, a friend of the villa owner, who brought in his exquisite contribution of boar, cinghiale, in red wine.

But then show time arrived for this cook.

We had all decided from the beginning that if there were truffles anywhere, they would find their way to eggs en cocotte, which I prefer to pasta or risotto. And so it was that they surfaced on our last outing in the sweet little town of San Giovani d’Asso. We all pitched in for the cost, manageable when there are a dozen people involved. Still, I had a feeling we weren’t going to pass them up even we had to eat bread and water for the rest of the week.

My show began with two eggs in a well-buttered dish, a spoon of heavy cream, salt and pepper, and nine minutes at 350F/185C in a bain marie and voilá, a perfect setting for shaved tartuffi.

Another speckled lettuce salad with toasted walnuts, a torta di ricotta, and my act was over.

What a delight to deepen friendships with whisks and spatulas, a glass of wine, and easy conversation. All this while the wild boar bubbles on the stove.

And guess what? No kale in the martinis, and (reader discretion advised) gluten every night.