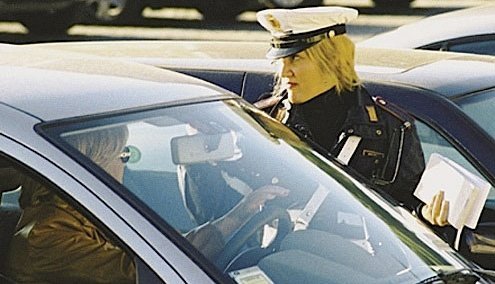 he facts speak for themselves. The driver’s points system is working. In the half-year since its introduction on July 1, 2003, the number of car accidents, injuries and deaths in Italy are down between 19 percent and 25 percent. Translated, that means some 25,000 fewer car accidents, 21,000 fewer injured, and 499 fewer deaths from the same period in 2002.

After years of lobbying from motoring and victims associations, the government, mindful of the European Union’s goal of cutting road accidents in half by 2010, finally adopted the system already used in many other nations.

Drivers begin with 20 points on their license; losing them means losing your license and being required to attend a special course to get it back. In addition to facing fines for breaking long-acknowledged rules, drivers now have points detracted based on the gravity of their infractions: five points off for not wearing a seatbelt or a helmet, six for running a red light, 10 for drunk driving, and so on.

So why has the points system, or patente a punti, proved so effective?

Polizia Stradale director Piero Caramelli thinks fear is a key component. He believes extensive media coverage of the system last summer essentially scared drivers into submission. “People fear that if they lose the possibility of driving they lose a bit of their freedom. It means more than just money, because you just pay the fine and it ends there. But if I can’t drive I lose some of my independence.”

Within hours of the law’s introduction, the number of people wearing seatbelts appeared to jump from around one in 10 who buckled up to one in 10 who didn’t. Seat belt use, say officials, is probably the single most effective life-saving measure a driver can choose — and the law appears to be increasing their use.

Antonio Datri owns a driving school in Naples, the Italian city most associated with “creative” drivers. “It’s normal that people learning to drive respect the law more than your average Italian driver,” says Datri, “but now the first thing they do when they get in the car is put their seatbelt on, and before we always had to tell them to.”

He’s pleased with the new system, which has also worked to his benefit. He has already had numerous inquiries from customers about how to enroll in the course to get their license back.

But Datri is less impressed by Transportation Minister Pietro Lunardi’s decision to increase the speed limit on less crowded autostrada stretches to 150 kilometers an hour. The speed limit increase was also announced July 1, 2003, but only became effective in November.

His concern is shared by Giuseppa Cassiniti Mastrojeni, president of the Italian Association for Road Victims and Families. Mastrojeni’s 17-year-old daughter died in a crash. “Speed is the principal cause [of accidents],” says Mastrojeni. “If there’s an accident at high speed, it’s bound to be fatal. Personally I don’t think people have slowed down. They’ve adopted this system, the points system, the belt, the helmet, but this new measure by Lunardi, letting people go 150, doesn’t help.”

Italians are notorious for driving too fast. It’s no coincidence that Ferrari and Maserati are Italian firms. Police figures show that traffic violations went down in every category except one in 2003 — speeding — which went up by a startling 30 percent. Police are quick to attribute the apparent rise to nothing more than increased checks, but it does suggest that while Italian drivers may be more disciplined in other respects, they don’t appear to be slowing down.

Also, citizens from countries where the driving is traditionally less erratic say they haven’t seen a noticeable difference in Italian behavior behind the wheel.

Says Adam Gobat, a British lawyer working in Milan. “I think it’s the way they drive one inch behind the other. It’s their actual driving ability. It’s quite common to be sitting in a single lane at the lights, and cars will come up and drive on either side of you, so one lane becomes three and when the lights change they crash into each other.” He was amazed that when he returned his rental car after three months he was complimented for only having acquired five dents.

Nadia Lucchin is an American teaching English in Rome. As the new owner of a scooter, she says she still feels far from safe on the roads. “It’s obvious you have to be aggressive. The cars don’t care about the scooters. They don’t pay attention to bikes, you’re just a fly in their way. It’s really dangerous.”

Patrick Brown is Irish and works in a hostel in Naples. “There are still quite a lot of people going around without helmets and driving like maniacs. I haven’t seen any difference. It’s quite normal to see people going the wrong way down one-way streets. And you see whole families on one scooter.”

Next on the government’s safety agenda is the long-awaited introduction of a driver’s license for scooters, which are involved in roughly half of the accidents on Italy’s roads.

The Italian Automobile Club has already warned against complacency, noting that other EU countries that adopted the points system found the early effects didn’t last. The question for Italy is whether the newfound discipline of Italian drivers will hold or whether, slowly but surely, drivers will revert to old habits as anxiety fades.

How you can lose your allowed 20 points:

10 points: Speeding more than 40 kph over limit; passing hazardously (on a curve, crossroad, etc.); driving in an emergency lane of a motorway or main highway; testing positive for driving under the influence of alcohol or drugs

8 points: U-turn near a junction or bend

5 points: Not wearing seatbelt; riding a motorbike or scooter without a helmet; not stopping for a pedestrian when obliged to yield; using a mobile phone without an earpiece while driving

4 points: Driving at normal speed in a passing lane; having over the legal number of car occupants.

The points system can be harsh on non-Italians. Examples: Traffic offenders must pay fines immediately; Italians have 60 days. Lose all 20 points in less than a year and you’re banned from driving in Italy for two years. Lose them over two years you’re banned for a year, over two to three years, you lose your license for six months.