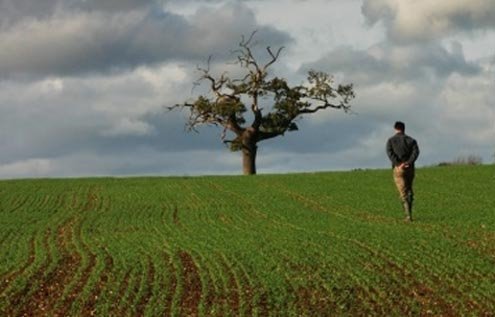 The difficulty of maintaining land, plus gossip, can let depression in.
S

adly, depression is affecting more and more people in modern life, and those who live and work in rural communities are just as likely to be affected as everybody else, with farmers particularly at risk.

It seems that long, lonely hours spent trawling up and down huge fields mulling over your farm’s tricky financial situation or, worse still, spending the day picking up dead chickens, simply isn’t very good for your mental health.

Isolation is often cited as among the biggest problems facing farmers, who by nature tend to be independent and capable people, something that can work against them since many are loath to ask for help, let alone admit they might be in trouble.

Then there’s the additional dilemma of people knowing, or think they know, just what your situation is, which is typical of work and day-to-day existence in a small community. It’s a fact of farming life that can also put some people off. The piazza can (and will) broadcast your difficulties to the whole community faster than a television commercial, which is double-edged sword.

When my husband was recently forced to go return to England to get some work, the lady up the road knew before his own mother. Soon after, I received parcels of clothes, food, and many other small kindnesses from complete strangers. I even had a couple of proposals.

It was humiliating to start with, admittedly. But I never felt patronized. I learned to accept the largess in the kindly spirit in which it was offered.

But that, too, came at a cost. That degree of public exposure can be difficult if you’re a very private person. Though community is a feature of rural life all over the world, Italians take it to their own extremes because they’re naturally sociable, enjoy gossiping in the local piazza, and seem to genuinely want everybody to be happy.

That spirit allows them to embrace everybody in the community and offer a helping hand when needed.

When my widower neighbor started getting drunk at lunchtime and wearing his wife’s housecoat because he missed her so much, he was gently included in the poker game the old guys have going in the local theater. They probably took his pension off him, but at least he wasn’t so alone. Someone had noticed and cared enough to do something about his despair, and that counts for a lot. It is far more effective in the fight against depression than pills or therapy.

When my car broke down, the children’s teacher arrived at my house the following morning to take the children to school. When I protested that it was too far out of her way, she just said: “If I was in trouble wouldn’t you help me?”

I hope I get the chance one day.