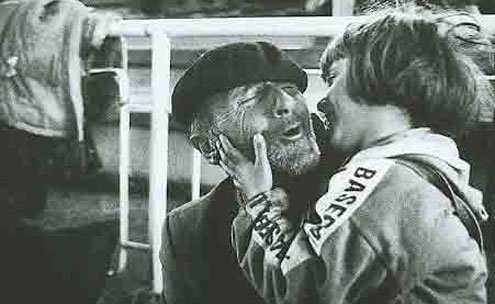 conomist Andrea Ichino is the co-author, with Albert Alesina of “L’Italia Fatta in Casa,” which attempts to assess Italy’s gross national product in terms of the value of goods and services produced in the home and family context, outside the traditional confines of the industrial marketplace.

For example, most Italian child and elderly care is managed by families instead of being farmed out to third-person institutions, which flourish in North America. According to Ichino’s findings, Italian GNP — $1.81 trillion in 2008 — doubles if family contributions are taken into account. “The inequality of well-being may not correspond to the economic inequality,” he says. At the same time, Italy’s focus on family can put a dent in civics. “Our kitchens are clean, but the streets are a mess,” he says.

A Milan native, the 50-year-old Ichino received a doctorate at the Massachusetts Institution of Technology and is a professor of economics at the University of Bologna. He has published widely on issues such as social mobility, gender inequality and labor markets.

Before becoming as economist, he was sorely tempted to be an Alpine Guide

How did this book come about?

Alberto Alesina and I have been friends for a long time. One evening we got to chatting about the earnings gap between men and women. We considered one solution might be to tax them at different rates.

The earnings gap is everywhere, but is particularly noticeable in Italy. We wondered whether it originated in the market or at home. If men and women in Italy had the same role inside the family, you might not have such a gap. If the benefits for a woman to enter the market aren’t interesting enough, women will choose to say home.

So, if employers were perfect machines that hired people without knowing their gender, we would still have only few female managers or in positions in universities.

The matter of women and choice is a big part of the book. Isn’t it a chicken or egg problem?

The division of roles in the family reflects a preference.

While some say this is how things are, don’t touch it, others say that if the state offered more services, such as daycare or nursing homes, women would work more. They say the problem of women’s discontent reflects the state’s failure.

We don’t think it’s so obvious. Would Italians accept higher taxes to pay for such services? They don’t seem to want to. They want an income that’s high enough to keep the elderly at home.

The same for children. How many Italians would really put their children in daycare three months after birth?

These decisions are as much emotional as a matter of economics, aren’t they?

Yes, but it is a choice that Italians make. The Swedish choose the state as provider of these services.

Maybe Italians don’t think the state can handle the job?

That’s possible. But it could also be the opposite. Our sense is that cultural values and trust in the family are more deeply rooted than matters of state efficiency.

Economic and historical studies … suggest that Italians prefer entrusting several roles to the family. The state is how it is because the Italians want it that way.

Is the state the only alternative to the family? What about the private sector?

That’s another reason choice is involved. If there were demand for these services, someone would step in to this market. People who say these services don’t exist because the state doesn’t exist can’t account for the fact the market doesn’t offer them either.

From age three, all Italian children have the right to nursery school, which is more than in the UK or the United States.

So why is the rate of female employment so low here and higher in the U.S.? Frankly I am not convinced that if daycare centers were on every corner that Italian women would use them.

Tell me about reactions to the book?

We get many messages from mothers and women happy that their contribution and work has been recognized.

However, I was amazed that some in the Catholic world saw the book as an attack on the family! Our only goal was to show that choice has costs. The gap between men and women seems so pathological, so large with respect to other countries that we had to ask if we really wanted it this way — or if we shouldn’t correct it somehow. The book doesn’t try to answer the question.

How could it be corrected?

Differential taxation, by correcting the incentive for women. With a higher after-tax income, they’ll have an incentive to work more. That way we could narrow the gap without quotas or enforced equality.

So it’s a philosophical choice about how to live.

Economists’ starting point is the concept that individuals and societies should maximize their well-being. That’s why the book avoids saying things should be a certain way.

Italy is a proportional democracy, so the choice of politicians reflects the choice of citizens. It’s up to Italians to decide. Italians often want things, without understanding the costs.

Take geographic mobility. Do you want to stay in the same place where you were born, with your traditions, where you were brought up? Then you have to accept that companies might not want to come there. You can’t have your cake and eat it too.

But Italians used to move for work.

Italy was a country of emigrants, like Sweden two centuries ago. But when standards of living reach a high enough level, people don’t emigrate anymore. … I’m talking about say, being in Florence and taking a job in Milan, not Turin during the 1950s; the epochal emigration, with the cardboard suitcase

Society itself facilitates this kind of movement in America. Again, this is a preference. Swedes still move more, and they gave the role of providing social services to the state.

Any ideas for policies to encourage men to take more responsibility?

In Sweden men are obligated to stay home on maternity leave. Another way is quotas for women. At the same time, there is evidence that children watch more television when the father is at home.

As economists, we don’t feel legal obligation is a good way to achieve equality. We believe that it is better to use incentives.

Did anything surprise you while writing the book?

Yes, the fact that the Italian GNP doubles if you take the family contribution into consideration. Plus, it seemed incredible to realize as economists that we study what is produced in the market so much and what is produced in the home so little. It’s absurd! This has implications for rankings of countries as well as for inequalities within countries. The inequality of well-being may not correspond to the economic inequality.

Look at the great difference between who earns a lot and who earns little in the U.S., which is reflected in differences in the access to services. Low earners can’t afford a nursing home.

In Italy there may be economic differences in two families, but both may have their parents at home. So what seems like a difference in market terms really isn’t because the services provided at a nursing home and in the family home are the same.

So it’s true, as Italians contend, that they have a better lifestyle?

The funny thing is Italians are more or less happy, but they complain. But they need to realize that their country is the way it is because of choices they make.

Are Italians unaware of the effects of their choices?

There is a lack of civic sense. We are all against inefficiency and corruption but don’t pay for the bus ticket. This is what is called the problem of public good.

I know I should pay taxes, because if everyone did, it would be better for all, but my own private drive is to avoid it. It’s a general economic problem, but the problem of riding for free is worse in Italy than elsewhere.

Does Italian education have any influence on this?

In Italy you still take 10 hours of Greek and Latin rather than a modern language. There is this an idea that attending a liceo classico (Italian classical high school, usually ages 14-19) makes you part of the elite, because many elites have gone there.

People don’t understand the basic principle of economics — causality. Those who attend liceo classico are elite to begin with. There is self-selection.

Which has significant effects on Italian society, doesn’t it?

It’s paradoxical. Although equal opportunity was the inspiring principle of the Italian public education system, it has failed and the private, more competitive American one creates greater social mobility.

Yet many Italians insist their country is classless because everyone goes to public schools.

In the U.S. there are more instruments that provide access for children from poor families to better universities. In the U.S. there is more social mobility, downward as well. What counts is what you as an individual do.

Here, you find work through family channels or directly in family business. This system may be fine, but has its costs.

Are there policies that might make the existing system work better?

The Italian model has advantages; that’s why I came back to Italy. But we have to understand this delicate mechanism. That said, we think the university system could be reformed without destroying the family.

Then there is the somewhat pathologic situation of children staying at home until they are adults. I don’t want to demonize this, but it could be corrected, because it gives them the idea that they should find work where they want it, not the other way around.

Why does providing some services at home mean that others are poor?

Keeping grandpa at home, doesn’t exclude also having a post office that works… It is a tradeoff because as long as Italians only look after their family, they will not look after the public good. Our kitchens are clean, but the streets are a mess. [In] Italy people tend to act only for their own family’s good. It’s a vicious circle: public transport is not any good, so I don’t take it or I don’t pay for a ticket.

Is there a solution to breaking out of the cycle?

We can’t change the minds of 50 year olds. We can change teaching regarding ethical problems in school.

I have four children in the Italian system. There is a tough line between being a good citizen and speaking up and being considered a tattletale or a spy. The reasoning is since everyone else cheats, why shouldn’t I? If I am the only one doing it, it’s not worth it. But if everyone is doing it, it isn’t worth it to me to get a bad grade.

I don’t think Americans are ethically different, but we need to understand why these two different balances exist.