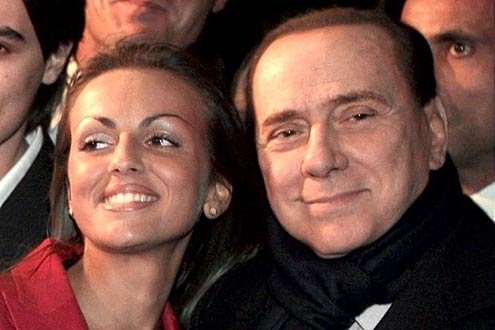 What leaves one aghast is the irresponsibility of those who think of fixing themselves when the house is still burning.
I

t’s taken awhile, but it finally seems like Italy’s international reputation is picking up again. Mario Monti has been a hit, at least internationally. His unswerving approach to Italy’s financial shortcomings has gradually helped to calm financial markets and restore frayed trust. European Central Bank chief Mario Draghi recently earned the coveted “Financial Times Person of the Year” award for the way he’s handled the bank during a time of Europe-wide crisis. Even Angela Merkel, the no-nonsense German chancellor, is back on Italy’s side.

Things should be great, no? But they’re not.

While Monti’s yearlong stint as prime minister may have restored Italy’s image abroad, his status at home is another story. Tax increases and spending cuts generated by his technocratic government’s “Save Italy” decree have plunged Italy into its longest post-war recession. Unemployment is high, particularly among the young, while consumer spending is at all-time lows. It’s admittedly hard for a citizenry to like a leader who has force-fed them austerity, let alone one that was never democratically elected (Monti got his job as part of sweeping anti-crisis measures in November 2011).

The contradiction is that though Monti never received popular consensus, he’s still the best thing that could have happened to Italy. As a former European commissioner and a highly regarded nonpartisan economist, he not only helped restored Italy’s credibility abroad, but also took necessary if unpopular measures to keep the country from defaulting on its massive debt. His decisions weren’t based on an ideological disdain for Italy’s working class, but arose instead from economic necessity.

Now, Monti’s predecessor, Silvio Berlusconi, while looking his age (76) and doing poorly in polls, is threatening a comeback. He has already begun a volley of populist, anti-austerity, anti-Germany, and anti-Brussels rhetoric in an effort to capitalize on anti-Monti sentiment. He has promised to repeal the property tax that has helped the country raise necessary billions.

But he remains a politician subsumed by ego. His only plan is to restore his image, which has been badly battered over the last 18 months. Genoa Archbishop Angelo Bagnansco, while not mentioning Berlusconi by name, cut to the chase: “What leaves one aghast is the irresponsibility of those who think of fixing themselves when the house is still burning.” It is gut-wrenching to watch Berlusconi attempt to unravel Monti’s hard work.

Italian President Giorgio Napolitano continues calling attention to the country’s “morass of choking debt,” which now tops €2 trillion. He emphasizes the need to see the country’s future collectively, rather than fall for quick fixes promised by partisan campaigns. He wants national responsibility to come ahead of party choices, a tough sell in a bad time.

With Monti’s resignation imminent and national elections set for February, Italy is again at a crossroads. Monti, wooed by centrist politicians, has yet to announce his plans. While Italy still requires a slew of economic reforms, they’re hard to absorb as the recession deepens. People simply can’t bear to hear any more bad news.

Nor is it all roses for Monti. Some, both in Italy and abroad, insist that short of emergency responses he has accomplished little during his tenure. He’s been criticized as “saving” Italy only by raising taxes while remaining lax in terms of repairing basic structural flaws in the labor market, pensions, health care costs and immigration. Some insist any government could have carried out Monti’s tax-heavy formula. These same critics are convinced that the tax increases have severely damaged Italy’s growth potential by putting both consumers and potential investors on the defensive. They see no growth phase in Italy’s immediate future. He might be “Mighty Monti” abroad, but mighty isn’t the word that comes to mind in Italy.

At this juncture, it’s important to take a step back from competing viewpoints.

Blaming Monti is easy. He was all but tossed into an extremely messy Italian (and European) situation and asked, almost begged in fact, to repair it. At the time, he had near-unanimous political support.

There are parallels to President Barack Obama, whose lackluster first term all but coincided with the 2008 Wall Street meltdown and the onset of the global recession. He was saddled with two ongoing wars, a foreign policy in tatters, and soaring unemployment. None of it was going away in a day, though some of it has improved since.

Monti, like Obama, has no magic wand. Much of Italy’s debt was built up through years of greed and corruption, some of it generated by the very political parties seeking a return power in February, or by the favors they conferred on dubious businessmen. Some of the key figures responsible for the mess have fled the country.

Italy is a magnificent country. Monti is a serious man. The year ahead has fundamental political and economical significance for the future. But for now, Europe is right to applaud Monti and to praise Draghi. They have behaved responsibly. But the country still has a long, long way to go.