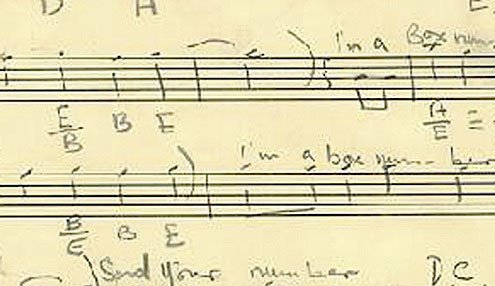 She was a young Filipino girl, shy and docile but intelligent. She could read music.
C

hurch ladies were indignant when Faith got pregnant. She was a young

Filipino girl, shy and docile but intelligent. She could read music. Her skin was rough and her teeth protruded, but she had beautiful, wide-set eyes. Her thick black hair fell to her waist. She had no husband and no secure job.

She named her baby William Archer and brought him to church every week, where he screamed and howled. She kissed and gushed over him, beaming her pleasure and love.

When he was three, William Archer was still screaming; only now he ran up and down the aisles. Faith would laugh and look at him adoringly and sometimes carry him out until he quieted. He’d sit on her lap afterwards, staring vacantly, mouth hanging open with two crooked baby teeth sticking out. He didn’t talk yet or even babble. If you went up and smiled at him, he didn’t seem to notice you were standing there. One lady, a retired school teacher, whispered to her friend, “There’s something wrong with that one.”

William Archer’s father started coming to church. Everyone was happy for Faith because they’d assumed there was no father on the scene. But here he was. His name was Dewinder. You could recognize him because he had the same sullen, vacant expression as William Archer. He didn’t ever greet anyone or even meet your eyes. He slumped in his seat and waited for the service to be over. Sometimes he walked out, stiffly round-shouldered, head hanging.

One Sunday after church, Faith announced that Dewinder had received his papers and now they could be married. “Dewinder has agreed to a church wedding.” Her voice was triumphant.

Faith and Dewinder were married and William Archer was baptized during the church service. Everyone came to the reception. The invitations had specified no gifts. It is Philippine tradition to pin money to the bride’s dress as she dances with her husband. They had specified no alcohol, please. A few Italian eyebrows were raised.

It came out during the ceremony that Dewinder was Indian, a practicing Hindu in fact. He’d agreed to the church wedding out of love for Faith. The two of them communicated in English or Italian and that, whispered the ex-teacher, explained William Archer’s language problem — no mother tongue.

At the reception, the couple sat together at the head table, Faith radiant, Dewinder sour and silent. Guests sat at long tables in a big circle around the room. On a large screen was projected a video of Celine Dion singing love songs.

A group of rowdy, sloppy young men burst into the center of the room, party crashers hauling crates of wine. Dewinder got up and sheepishly spoke to them. They clapped him on the back and shook his hand. He glanced quickly at Faith; then looked away. Someone poured him a glass. He drank it down. He grabbed the bottle and drank another.

The transformation was instantaneous. He waved the bottle in the air. He twirled around and laughed, his voice deep and pleasant. He tossed his head and stood up straight, chest out, relaxed. He opened his jacket, loosened his tie. His usual shuffle became a strut. He walked along the tables, greeting guests, smiling, gesturing easily, always with a glass in one hand and a bottle in the other. He was handsome, charming, in charge.

Someone whispered, “Do Hindus drink?”

Someone answered, “No, they do not.”

Faith started to cry. He pretended not to see her. He posed for pictures with guests and downed glass after glass.

He tried to leave by the balcony but the door was locked, same with the fire escape. He walked the long way down the center of the room and out the door. The party continued. Waiters brought one dish after another. Guests took turns singing karaoke. Faith, dark eyes luminous with tears, tried to laugh and sing. He didn’t come back. She finally took out her cell phone.

In he came. He strode straight to her and pulled her up to dance. She resisted but he kept talking to her, twirling her around, kissing her, whispering to her.

She relented and smiled at him. He flushed with relief and nuzzled up to her. He closed his eyes and kissed her tenderly.

Guests rushed up to pin money to their clothes.

A month later, William Archer started to smile, then talk. It was a mix of four languages: his parents’ dialects, Italian and English. It was hard to understand but it was definitely speech.