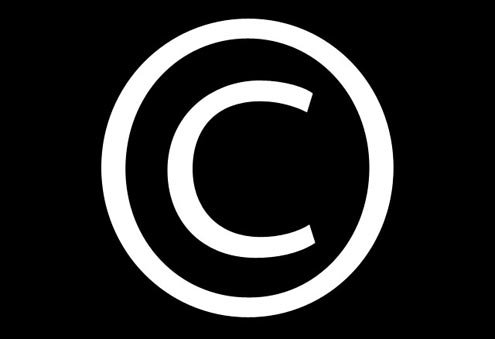 What can you print? What are the ground rules?
A

good friend of mine in the United States, I’ll call him Michael, is a successful graphic designer. He has a contract with a well-known academic and scientific publisher for a book on information design. It’s intended as a scholarly student reference and contains images chosen to encourage debate regarding how information is presented to the public and how design can be improved or enhanced.

Michael is well aware of American copyright laws and knows that while it’s best to receive an owner’s permission to use an original photographic image, it’s also possible to use images already in the public domain or use them under the “fair use” — or unlicensed use — doctrine. Although Michael obtained permission for most of the images in his book proof, some owners eluded him. Those images were therefore “unlicensed.” Believing that all the unlicensed images fell well within the “fair use” category, he submitted the proof of his book to the publisher.

To Michael’s surprise, the publisher didn’t much care about fair use. It was instead unwilling to print anything unlicensed, knowing that litigation is the prescribed route for redressing the unauthorized use of a copyrighted work. The publisher didn’t want to find itself in a U.S. federal district court defending images used by Michael, and its own reputation.

Michael is now back at the drawing board gathering and substituting images. This time, he’s either finding ones that he knows he can get permission for or making his own.

U.S. copyright law has its origins in the late 18th-century and has been revised often to expand the rights of authors and to reflect new technologies. Italy has very similar laws due in part to international copyright conventions (signed by the U.S.) that extend copyright protection to all signatory countries.

U.S. copyright law protects original and creative works of authorship fixed in any tangible medium of expression, including the Internet. It protects the expression of an idea, but not the idea itself. The categories of expression covered by the law include literary, choreographic, dramatic, musical, pictorial, graphic, audiovisual, audio and architectural works.

The law protects authors of original works by giving them, the copyright holders, exclusive right to reproduce and prepare derivative works based on the original. They can distribute copies of the work to the public through sales and rentals, as well as perform and publicly display the work. The protection also includes the right to authorize others to do the same.

Although copyright law protection is automatic upon creation of the original work, registration with the U.S. copyright office gives authors further protection by providing a presumption of a valid copyright. This puts the author in a position to claim statutory damages and attorney fees where infringement is proven.

Historically, American First Amendment protections have seen courts favor public rights over that of authors. Congress never intended the copyright law to give holders absolute control of their works.

As a result, copyright protection is limited by time and scope. For a work published in 2011, the term in the U.S. and Italy is 70 years from the death of its author. At the end of that period, the work enters the public domain. This explains why Joyce, Manzoni, Shakespeare, Dante, Petrarch and Melville are freely available on the Internet.

Importantly, copyright law also recognizes the “fair use” doctrine, a limitation on a copyright holder’s exclusive right to the reproduction during the non-public domain period of protection. The doctrine permits the use of selected parts of copyrighted works for commentary, teaching, criticism, scholarship, parody, research and news reporting.

Over time, case law has distilled the essence of “fair use” and it is now incorporated into copyright law. The key defining considerations are these, with my clarifications in parenthesis:

But even these guidelines leave “fair use” as something of a moving target. Infringement still boils down to a court judgment call.

Michael’s view is that the images he selected for his book are for non-profit educational purposes. Had he published on his own, he would have used the unlicensed images without thinking twice. His publisher, the logical “deeper pocket” target of a lawsuit, sees the risk level differently and will have none of it.