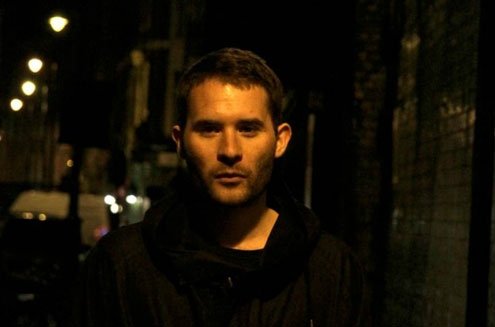 mong the most striking remarks I’ve read recently was by Fade to Mind associate and New York-based DJ Rizzla, who recently tweeted that grime — the London-based hip-hop spinoff that gained a following early last decade — was “the last new music and everything since has just been going back in time with a more advanced toolkit.”

It’s a pessimistic perspective, but it does get you thinking about all the “future music” floating around Soundcloud and the rest of the Internet ether. What’s any of that but a revamp of house? What if grime is the end?

And if it is, what do we make of Logos on his debut album Cold Mission (Keysound Recordings)? The man born James Parker started out making dubstep songs influenced by mid-decade London pirate radio, but after half-a-decade of intermittently releasing singles and EPs, his first full-length sounds as much like a de- and reconstruction of grime as anything possessed by a woozy bass wobble.

Which is reasonable, as Parker readily admits. “A lot of the album is informed by nostalgia for pirate-radio grime and the sense of loss I feel for that period,” he says. And you can hear a kind of half-remembered quality to the music on Cold Mission. A song like “Seawolf” has the distinctive gun clicks and handclaps of a Wiley eskibeat track from 2004, but the rhythms are inconsistent and there’s a great deal of negative space between sounds. It’s the sound of the brain struggling with recall (and, for the most part, failing).

Following that, quiet prevails on much of Cold Mission. The liveliest moments (broken glass on “Surface Area,” clattering percussion and clipped orchestral bits on “Menace”) are linked by long periods of silence, New Age platitudes, or childlike melodies (as on “Night Flight”). This is where you hear the other big influence on the record: minimalist composers like Steve Reich and Philip Glass. The silence makes the sound that much more startling.

The most obvious reference points sonically are Jam City and James Ferraro, who at one level play with brightly synthesized sounds and nostalgia. But Logos’ approach to music vis-à-vis memory demands extra consideration — reminiscent of records by The Caretaker and Dirty Projectors. Fantastically, he’s made a record that draws from “the end” and refashions it for life afterward.

I’m less convinced by Samuel Kerridge on his first foray into the world of full-lengths, A Fallen Empire (Downwards). Kerridge is by all accounts a pretty easygoing guy who is wholly at odds with the music he makes: brutal, industrial-strength songs that skirt the “techno” label but clearly draw from the Downwards label’s home scene in Birmingham, England.

In recent mixes, as his profile has grown in stature, the Berlin-based producer’s sonic standpoint leaves no doubt that A Fallen Empire is being released on the right label.

That’s the problem: It is unmistakably the product of Downwards but not necessarily of Kerridge himself. The album has all the hallmarks of something by label boss Regis and his various associations (Sandwell District the most memorable, British Murder Boys before that, etc.) but feels typical to the point of being a parody.

Kerridge hasn’t rejected the notion that his music is “dark” or “sinister” in interviews. He’s also suggested that Berlin isn’t the club haven it’s been cracked up to be, lamenting that the same techno and house is being played all over town. Because of that, A Fallen Empire sounds like it’s trying hard to reject “functional” dance music in favor of grinding rhythms and wandering white noise simply for the sake of foregoing fashion. What at first sounds difficult breaks down on repeated listens as flimsy and comical.

The song titles don’t help. “Death is Upon Us,” “Scare Tactics,” “Disgust” as the closer… Even the album’s name seems pointedly overwrought. One of the things that made Sandwell District so great was that, as the work of four people, a balance was struck between dance-floor readiness and more thoughtful abstractions. “Death is Upon Us” is probably the most head-nodding song here but it’s hardly a breath of fresh air, mired in the imposing bitonal synth that coats your speakers. The rest are similarly self-serious drones and aurally imposing pieces of music that suffocate the listener.

It’s heavy stuff, anyway, and if you like heavy for its own sake, help yourself. But was Kerridge’s intent to follow his own sound or simply follow a precedent that conveniently also rejects his current home? Whatever the case, intention seems to have outweighed talent. So long as it doesn’t outweigh his ambition on future releases, there’s still every reason to believe his best days as a producer lie ahead.