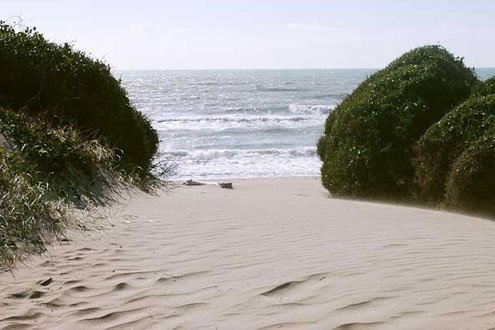 The "free" beach at Cancelli, an hour from Rome. Photo by Eleonora Baldwin.
H

otter than July is no urban legend in Rome. Summer deals end, sales kick in, and restaurants and gourmet shops trim supplies preparation for the inevitable August vacation exodus. Throughout Europe, August is the month in which shop owners, businessmen, and restaurateurs managers take a time out. Many movie theaters are also close.

Though the traditional Rome exodus has slowed a bit in recent decades — some businesses now opt to stay open — travelers must be mindful of the ripple-effect shutdown. Summer in Rome is a quirky place. Be prepared. Stock up on updated restaurant guides and apps. Know summer hours and closing dates. And bring along summer-friendly paraphernalia. Two musts come to mind:

Canteen To be filled and refilled at one the city’s more than 2,500 iconic drinking fountains, known as nasoni. The water is cold, perfectly safe (it flows from nearby mountain springs) and free. Why spend euros on supermarket bottles (or worse, €2 on tiny bottles sold by vendors) when Rome’s water is among the best on the planet?

Wide-brimmed hat For the gents, possibly a Panama or a light Borsalino. For the ladies a “paglia fiorentina,” a straw hat that doesn’t have to have flowers and ribbons. Make sure they’re made from natural woven fibers so you can roll them up and rinse them under the fountains.

Then there’s the matter of shorts and tank tops, and why they’re frowned upon in Rome. At the Vatican it’s a matter of the immodesty of bare skin. Elsewhere it’s all about taste. Put yourself in the place of the generally stylish Rome resident (for whom even casual demands taste). Do you really want to see your city besieged by men and women with mozzarella-white legs peeking out from baggy Bermudas, damp stains in the shape of Africa under their t-shirt arm pits, and sandals slipped over pristine white tube socks?

The Rome response is che orrore! — “the horror,” in the “Heart of Darkness” vein. While I believe in comfort and natural fibers, I also swear by the saying “anche l’occhio vuole la sua parte!” — roughly, “looks matter.”

On we go to food. Outdoor dining in summer can be anything but al fresco (which accounts for why Romans don’t think of sitting down for an outdoor meal before 9:30 p.m.) Though sidewalk cafes spell romantic Old World better than any other cliché, there comes a time when air conditioned dining becomes a must. Even for Italians.

Here are a few unfailing Roman ristoranti that offer both AC and tasty food.

Cul de Sac is a classic wine bar with an excellent and varied menu. Pair a chilled glass of Frascati with the house baba ganoush, the lemon-scented chickpea flan, the puréed baccalà or the many mixed cheese platters. Sitting under patio umbrellas may play to your “Eat Pray Love” tastes, but nothing beats enjoying your meal in the narrow corridor-like interior. You’re surrounded by exquisite bottles, smell the aromas wafting from the kitchen, not to mention the cool air. Piazza Pasquino, 73. Tel. 06.6880.1094.

Another smart summer survival tactic (and an alternative dining option) is to get your neighborhood grocery store to customize a sandwich, with prosciutto and figs, say. You can then munch on it while sitting in front of a Baroque fountain or on a park bench. If the fountain spray or park breezes fail to cool you off, you can turn to Plan B, which entails a one-hour train or bus ride to one of the cooler seaside spots in shouting distance of capital. Should you opt for the sea, you have two main choices:

Fregene This Fascist-era village is a preferred coastal destination for bourgeois Romans. Men in Speedos and topless women sprawled on rented sun-beds tirelessly oil themselves brown. The Lazio coastline is anything but stunning it does afford a respite form the city furnace. For an unforgettable plate of spaghetti with wedge clams, catch the COTRAL bus from the Lepanto metro stop and book a veranda table at beach club restaurant Mastino (Via Silvi Marina, 18; tel. 06.6656.3880).

Ostia Lido This is the closest seashore to Rome. Sardinia it is not, but locals swear the dark sand accelerates tanning. All beach clubs have a pool and offer refreshments, whether food kiosks or a white tablecloth restaurant. Tip: Take in Ostia’s spiaggia libera, the stretch of beach where you don’t need to pay a lido fee (most Italian beach settings are linked to paying cabanas). Take bus no. 7 that leaves from the Cristoforo Colombo stop (on the Rome-Ostia train line, which leaves from the Roma Porta San Paolo station) and get off at Cancelli. A short walk gets you to rugged dunes and wide sandy beaches.