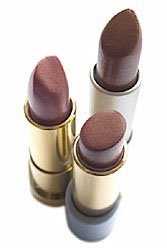 Of course you can take it with you.
Q

uite a few of my Italian friends are scared of flying, and flatly refuse to set foot on an airplane. The husband of one of my girlfriends periodically tears his hair out, as he would like to holiday in far-flung places, but the most he and his family ever manage is a ferry trip to Sardinia. He’s lucky there are so many great places to visit in Italy without getting on a plane. Think about what would happen if you were English and scared of flying. You’d be more or less stuck, and if you don’t like flying, the chances are you aren’t going to relish the thought of venturing into the Channel tunnel.

I myself am fairly phlegmatic about the whole flying business, and, honestly, I’d rather get on an airplane than go on a long car journey — since Italian driving scares the living daylights out of me. But even I have to admit that boarding a plane is not the enjoyable experience it used to be. Fear aside, it’s all become so complicated and confusing.

Take these new regulations about carrying liquids and pastes in hand baggage. For a start, I just don’t see how putting face creams and toothpaste in a transparent plastic bag measuring exactly 20 cms by 20 cms will stop terrorists from smuggling real liquid explosives on board if they have a mind to it. But some bureaucrat has dictated that this is the best way to foil bomb attacks, and so every day, millions of passengers stand in line, religiously shifting the liquid contents of their bags and briefcases into little plastic bags and waiting to pass through security.

Except that in Italy, of course, they don’t.

I recently flew to Amsterdam with Alitalia and while checking in, asked the girl at the desk if I should remove my lipstick from my handbag. A friend of mine flying from London to Rome the previous week had had her own lipstick confiscated by British security officials, and I didn’t want mine to meet the same fate. The girl looked up distractedly and stared at me. “Lipstick? Of course you can take it with you.” As it turned out she was right. For at no point did anyone at Fiumicino ask me whether I was carrying liquids, and tell me to place them in a plastic bag. They did, however, make me take off my watch.

Flying back the other way a couple of days later, Dutch airport staff were diligently handing out free plastic bags and the regulations were carried out to the letter. No lipstick was allowed through in hand luggage, though I didn’t have to remove my watch. Flying to England from Rome a couple of weeks afterwards — with easyJet this time since I was paying — no one challenged the picnic of cold pasta frittata and fruit juices I sneaked on board for my children. There wasn’t a plastic bag in sight. As usual, the soldiers on duty at Ciampino airport were bristling with guns, but too busy speaking to their girlfriends on their mobiles to take much notice of what was going on around them.

On the way back, it was very different. A British security official grilled me on the contents of my handbag and told me I could take lipstick, but not lip gloss, though I didn’t have to take off my watch. He didn’t look too happy about the vacuum-packed joint of roast beef I was bringing back either, but gave in after listening to my pleas and checking it had no wires attached.

The whole flying palaver is now so long-winded and exhausting, that if you weren’t nervous before, you’re almost bound to be a jibbering wreck by the time you actually get on board. Which may explain why on the way back from Amsterdam I did a very stupid thing — and why I was so grateful that I had done it in dear old laid-back Italy and not in northern Europe.

Shattered after my trip, I sat down in the arrivals lounge at Fiumicino awaiting my husband. When he came, I picked up my suitcase, but left my briefcase, containing all my work and — horror — my passport, on a seat. Next day when I realized my error I desperately rang round to see if anyone had found it. To my huge relief, the airport lost property office had retrieved the briefcase, and was holding it for me to pick up. I could have hugged the lost property officer when he handed it over to me, smiling broadly. I just know that if I’d made the same mistake in England, they’d have called in the bomb squad to blow it up.