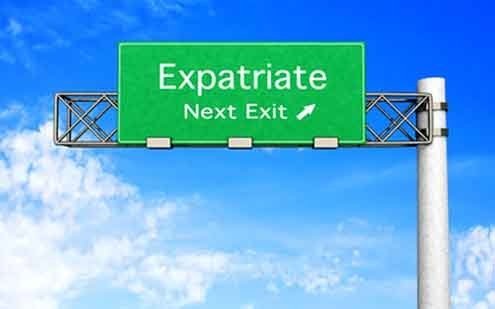 In some situations, expatriation makes sense, but only because of the shortsightedness of American tax logic.
J

ean called me from Genoa sounding desperate. Emilio, her Italian husband of 30 years, had told her to give up her U.S. passport immediately. He’d read that America taxes the estates of its citizens regardless of their residency, their location, or the source of their assets. That kind of taxation, he told Jean, could destroy them financially, and he was having none of it.

For him, the only solution was for Jean to put her U.S. passport in the morgue. But Jean was dead-set against it.

Soon after she married Emilio, the couple founded (and still ran) successful international companies. Both were now wealthy, Emilio more so as the beneficiary of his Italian family’s generations-old inheritance.

Emilio knew that the U.S. would exempt the first $5.49 million of Jean’s estate assets, but he also knew the exemption wasn’t remotely enough. If he died first, Jean would inherit most of his $20 million estate. At her death, the amount over the exemption limit would be slammed with taxes at a rate of close to 40 percent.

That scenario made Emilio’s request understandable. But if Jean took the drastic step of dodging the U.S. tax system via expatriation, she’d need to do so carefully to avoid falling into a little-known trap (more on that later).

If she and her family played astute tax chess, they could use that same trap to their advantage.

Their schedules made it difficult for them to visit Rome, so I took a train trip to their coastal home. When I walked into the conference room at Jean and Emilio’s combined corporate offices, he was pacing around like an anxious panther in a cage. He got straight to the point.

“How can it be?” he roared. “Jean was born in Italy to American parents. She’s lived here all her life and worked hard to build her business. She has more than $10 million in assets including $6 million in shares in my company that I gave her.

“How can the U.S. government have the right to tax her estate if she dies just because she’s an American citizen? And what if I die first and she inherits a part of my estate? The U.S. would be taxing an inheritance passed to me from my Italian ancestors. Why, we’d have to sell our companies to pay the taxes!”

Emilio also worried about the couple’s children, both also American citizens and in line for portions of the estate.

Emilio was adamant. Jean had to dump her U.S. passport. “Basta!”

I let emotions dissipate before replying. I then told Emilio that making such a choice would put Jean on edgy ground. An “exit tax,” which I’ve covered before in this column, applies to so-called “covered expatriates,” someone whose average net annual tax liability (taxes on income) for the five years before the date of expatriation tops $162,000 (or someone whose net worth is $2 million or higher on that same date).

Exit tax is calculated on hypothetical net capital gain based on the assessed value of personal property assuming all you own is sold at fair market value the day before the expatriation.The first $699,000 of any gain is shielded.

Some people accept this downside just to escape U.S. tax clutches. The catch is that gifts or bequests by members of the “covered” group to any U.S. citizen or resident are taxed at the highest rate of gift or estate tax in effect at the time, a rate that presently stands at 40 percent.

So if Jean surrendered her citizenship now, her assets would place her in “covered expatriate” territory, meaning she’d face the exit tax. Not only that, her U.S. citizen children would need to pay 40 percent on any gifts she might give them (or bequests they might receive from her) after her expatriation.

Jean broke the silence. “Are you actually saying the U.S. government would go to such extremes to punish high net worth U.S. citizens who expatriate?”

Yes, I replied. Despite the shortsightedness of the strategy, it would. The law forces people to pause before passing on their wealth to their American citizen children.

It was Giulio’s turn. “But if Jean and the children all give up their U.S. passports, it is the U.S. that loses out on all future taxes.”

And also on contributions to American society their children might make in the future, I added.

If Jean wanted to expatriate, I concluded, it was essential that she avoid “covered expatriate” status, thereby getting around the exit tax and its burdens.

“I say they all expatriate!” declared Giulio. Jean looked up clear-eyed, and with a simple nod showed that she had to agree.

Relinquishing a U.S. passport should be rare. But on the train back to Rome, I reflected that for American citizens living overseas, their country’s tax laws were turning a rare and awkward choice into something far too common.