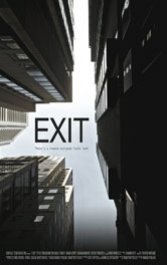 Australian Marek Polgar’s haunting but molasses-slow debut operates under the “Matrix”-like principle that people are tools of an engineered purpose and cities no more than a elaborate playpen housing those too lazy or lost to understand their fate.

In an unnamed but straightforward metropolis, a group of earnest but estranged people prowl streets and buildings seeking an exit from a world of “ghosts and cardboard cutouts.” The character around which Polger builds his story, Alice (Kylie Trounson), is a math wizard who has dedicated her life to solving the riddle of the maze, namely that humanity is the sum of framework from which there is an exit, a door, a hatch, and she believes she knows wear.

Much of her disjointed if visually sublime search is framed with a sense of the fraught that Peter Weir brought to his early Aussie efforts and which Samuel Beckett applies to Godot, diligence tied to absurdity tied to urban tedium tied to alienation.

An ominous-looking land developer named John (David Kemp) has bought out hundreds of city buildings, only to close them, determined they don’t contain “the door.” “Why,” he asks eerily, musing on the city’s residents, “does the maze turn them into scurrying rats?”

That of course is the story’s point: that humans are just going through the paces of urban drudgery without asking the only right question: How do I get out? But to what? “I need to get inside,” Alice tells the camera. “It’s hard to explain.” Too hard for Polgar, but that doesn’t stop him from trying.