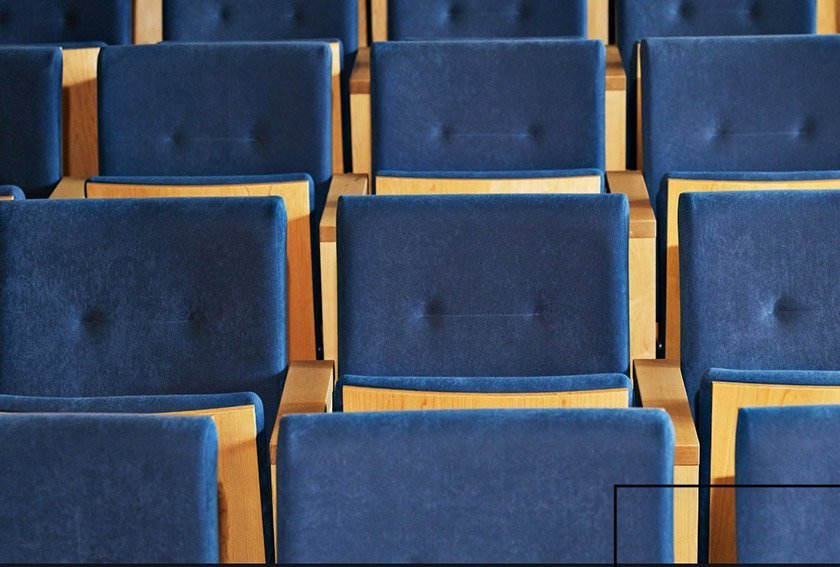 No one to teach at Berkely…
O

n April 14, 2010, the erupting Eyjafjallajökull volcano in Iceland spewed a giant cloud of ash that grounded airplanes across Europe. That day my husband Alvin Curran and I happened to be in Valencia, a charming Spanish coastal city whose historic center you can walk across in an hour. Train seats to Rome were snapped up before we caught on, and it took three days until we managed to hop on a plane. This generated our first lesson in being a refugee: if you can’t leave, even the loveliest town is equivalent to Hades.

Ten years later here we are again, only worse. Alvin and I came to California on March 4th so I could attend the 700-strong medical conference I’ve been going to every year since 1988, where I was to give a presentation of my memoir “Dottoressa: An American Doctor in Rome” to my scientific colleagues, and fit in another three book readings in other cities while I was there. Days later the coronavirus crisis hit in force, and we were sent scrambling. My conference was cancelled at the last minute, then my two presentations in New York, then all air travel to Italy. Since then, many cities have turned to full lockdowns.

We decided reluctantly that it wasn’t wise to bring our over-70 bodies to our beloved New York (try social distancing on the subway). Instead, we cast our net in search of refugee shelters in the San Francisco Bay Area, until at least late April, when Rome-bound planes may start flying again (though uncertainty reigns).

After offers of hospitality poured in from friends and relatives, we’ve landed in a comfortable “mother-in-law apartment” in North Berkeley, donated by friends who usually rent it out on Airbnb.

As soon as we’d unloaded our bags in that high-end refugee camp we headed off to the splendid Monterey Market, a few blocks away, to stock our refrigerator. Only after we got back to the apartment did it register, with horror, that after washing our hands a hundred times a day, and greeting friends with namaste instead of kisses, we’d just finished voluntarily spending an hour cheek-to-jowl with hundreds of Berkeleyites pushing past each other to score rice, blueberries, and kale.

Italians are great at handling emergencies, their national character blessed with resourcefulness and good cheer.

As all this unfurled, our adoptive country, Italy, remained under rigorous lockdown, with everything from schools to restaurants to churches shuttered, and a three-foot distance enforced even between pedestrians on the street. Most of Europe is now following suit.

Italians are great at handling emergencies, their national character blessed with both resourcefulness and good cheer. In 2010, Alvin and I got out of Valencia by sprinting across the airport on a tip from an Italian. Another time, when a cancelled flight left me and hundreds of others stranded at the New Orleans airport, all the Americans wandered around grousing. A party of Italians assessed the situation, decided there was no way to change it, and broke out some champagne. So it’s no surprise that quarantined Italians are socializing by singing from their balconies. For the national anthem, though, they needed help from a recording – nobody knows the words (some members of the national soccer team and Olympicans have faked singing it time and again).

There are hints that the Italian lockdown may already be bearing fruit, with a slight slowdown in the rate of new cases.

The United States has started doing the same, but it’s already way behind. Until recently, it was impossible to get the occupant of the White House to look beyond the health of the stock market. His recent Oval Office address, typically xenophobic, would have been laughable if the virus situation weren’t so potentially lethal.

Even acclaimed immunologist Anthony Fauci, who heads the National Institute of Allergy and Infectious Diseases, is pussyfooting. He does tell some version of the truth, that the epidemic will get worse before it gets better and that testing has been failing, but he offers virtually no guidance. The nation needs to hear from him who exactly should be tested, whether the U.S. will accept the test kits they’ve been offered by China, how exactly to carry out “containment and mitigation.”

When pressed, Fauci said sports played in front of crowds was a bad idea (all major U.S. sports have suspended play) but didn’t suggest a limit to the size of public gatherings or whether schools, restaurants, and bars should be closed — which in many cities they have been. So far, he’s said nothing to promote the vital policies of teleworking, universal sick leave, or free medical care for all coronavirus patients, including the undocumented.

Fauci’s colleagues told the magazine “Science” that he is “trying to walk a fine line, being honest to the public and policymakers but not so openly critical that he loses influence by being ignored or forced to resign.” I suspect this adds up to being muzzled the Trump administration and Vice President Mike Pence, who leads the country’s virus taskforce.

Even CNN, for all its justified criticism of presidential inaction, has spread misinformation. At different times their experts have suggested sending possible coronavirus patients to emergency rooms, where they may spread the virus around the waiting room. They’ve also said that people in self-isolation can go out to shop, and that family members of coronavirus patients don’t need to isolate themselves after the visit.

And unfortunately Rep. Katie Porter, during an otherwise exemplary hatchet job on the head of the Centers for Disease Control, confused influenza tests with coronavirus tests.

So far, most critical decisions have been left entirely in the hands of state and local government.

Many more Americans will die from COVID-19 whatever we do or don’t do. This hard truth is all the more reason to take rapid and concerted national action.

In case you’re wondering, I did manage to get in one book reading. Who knows when I’ll get the chance to do another.

— Editor’s note: This dispatch was completed on March 14.