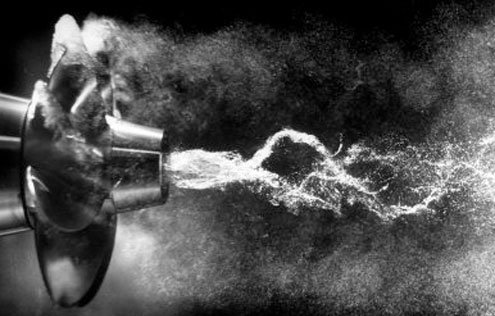 At visceral moments that I turn to my seatmate...
O

ver the holidays, which were solace in name alone, I learned three things. Better said, three things stuck with me.

An old friend, who is 72, is leaving his wife of 40 years. He met another women. His wife tossed him out of the house. His daughters send him angry text messages. He lives in a small rental apartment in a small city and sleeps on a second-hand futon. He explains all this in detail but I can’t fathom it.

Another friend, who is 34, is leaving her husband. She has three children. They were long-time sweethearts but he’s since become depressive and anxious, even destructive. He recently smashed a car window with his elbow. He drinks on the sly. They fight. She’s glad for the affirmation of her children while he’s apparently unhappy about everything, or so she tells me.

Finally, my West Coast friend has decided to take a leave of absence from romance. She’s 38 and has been married three times. Now she has a cat. With the husbands she had dogs, including one called Wrapper. She says she’s tired of drama, some of it, she admits, of her own making. When she speaks of men they sound like a garden vegetable, interesting enough to cultivate but not particularly necessary. A diet is adjustable.

Leaving a partner or doing without one is its own form of propulsion, a means to self, or to self-actualization, which to me sounds too much like something a satellite might do with its antennae before leaving the solar system.

A single man, I’m often privy to lengthy songs of self. I pose no threat. I do not send mean messages. I do not drink on the sly or own a cat. I’m sponge-neutral, a tissue of sorts. I absorb.

This absorbing seems to do no harm by itself. Why not listen to friends, or almost-friends, I tell myself; why not hear them out as they collect their messy heaps of confidences and try to arrange them either to persuade me, or themselves, that they’ve done the right thing, or that they don’t know what the right thing is but intend to do whatever it is they’ve decided regardless? To them, my voice probably sounds like an safe and agreeable nod.

At the same time I can’t get over the fact that all this news makes me irrepressibly sad. After all, I knew the man of 72 when he wasn’t 72 and remember hum as he cavorted among his sing-songy daughters on a Thanksgiving evening two decades ago. All seemed well, or as well as a family can seem from the perspective of a late November interloper.

Something about the evening and the union and its progeny seemed both chaotic and right. Cavorting is the word that comes to mind. But a loner’s eye is also prone to sentimentality.

When my 30-year-old friend met her husband she was a jubilant teen. He was the love of her whole life. Together, they joked and touched, two animals pawing for show. He once pulled me aside and said he didn’t deserve the good fortune of having met my friend. She had saved his life.

What’s come undone, I don’t know. Maybe the wheel lacked the right spokes or simply fell off by itself, through distraction or misuse. Now, her children are her only concern. Her beautiful children. Her husband will soon be ancient history. Her words and sentences sound like exclamation points with question marks added, like a cartoon. Do I get it? Yes, I tell her, but my head and heart sulk.

My West Coast friend sends me photographs of her quilts and her pottery, two skills she’s developed since she announced her sabbatical from relationships. She explains the stitching process and how fast a certain kind of wheel needs to turn to make clay more sympathetic, malleable, available to mold. She tells me about her cat’s idiosyncrasies, which apparently include a meow that to her sounds a little like Gershwin.

Unprompted, she tells me that maybe she’s not the marrying kind. Free bird, she says. Two of her ex-husbands are her best friends. She supplies them with romantic advice and quilts.

Every so often, when I’m flying back from America to Europe, turbulence jars the flight and despite my years of air travel I become afraid. Not slightly but very. It is at these visceral moments that I usually turn to my seatmate, student, priest or teacher, as if to swallow them whole, to ingrain them for keeps; no regrets, no chance to sever the bond, no walking away.

But inevitably the bumpiness passes and I return, sponge in pocket, to more familiar self-reliance, and to listening.