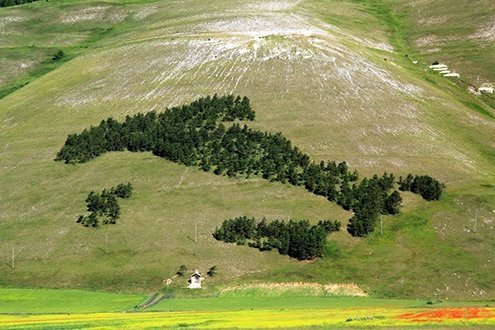 The Greens are the easy choice.
W

e’re voting on Sunday and I am terrified of the tiny fleck of inconsequential power bestowed upon me by the Italian government.

It’s my first election. I missed out on voting in my husband’s own ill-fated mayoral bid by a matter of weeks. Sure, bureaucracy was to blame, but you can still taste the faint hint of residual bitterness in the air nine months later. I would have voted for him, just so you know, but the record books will always state that I didn’t.

Before I became a citizen, I had the perfect out. I could just shrug my shoulders and say: “That’s Italy for you,” with a stereotypical shaking of pinched together fingers and an affected sigh of sympathy.

In reality, I couldn’t have cared less about the Italian government. I still don’t. Right or wrong, I have no idea who the current premier is or how the entire political system works, much less who any of the candidates are on the local ballot.

Gasp! Audible intake of breath. I have just committed our own personal brand of blasphemy. You do not confess ignorance or, worse still, political apathy in my adopted Italian famiglia.

When Giulio became our town’s councilor for tourism in the seemingly endlessly far-off past that is actually really only seven years ago, he morphed into a miniature sun with the gravitational power to knock any other topic of conversation out of the orbit of our mid-week family lunches.

Just yesterday over polenta and braised porcini mushrooms, I watched his eyes glaze over as my father-in-law talked about the blatant preferential treatment he’d witnessed while in line at the bank. Second later, the planets realigned and we were back to Matteo Renzi.

My husband’s co-conspirator, his dwarf moon, if I am to continue with this intergalactic metaphor, is my mother-in-law, who only veers from the topic briefly to update us on her many maladies.

When I mentioned a couple of months back that I wanted to vote for the Greens, or at least the Italian version of the Greens, she called me a hypocrite for eating wild game and wearing leather.

If you haven’t figured it out by now, I am not a passionate political firebrand, so it never crossed my mind to align my political leanings with my dietary habits. I come from a country where you are legally mandated to vote when you turn 18 or you get slapped with a hefty fine. In council elections, I usually vote for the person who looks the least like a pedophile and don’t even bother to check the results.

In any other election, I vote for the Greens because I like equal rights and the environment, but more importantly, because the Greens are the McDonald’s of global politics. Wherever you are in the world, they’re there, serving up the same undeniably appealing, if irrefutably beige, basic principles with a few local menu items thrown in for good measure.

You know you’re not getting game-changing policies, but it’s comforting and familiar. I don’t need to go and research what the Greens stand for. I know they’ll have something about equal rights and the environment and I know they’ll never win, which is actually a plus. Then when things inevitably go to shit, I can just shrug my shoulders and say: “I voted for the Greens” with a formulaic shaking of pinched together fingers and anything-but-affected sense of self-satisfaction.

With well-practiced dictatorial flair, Giulio has already told us who to vote for on Sunday. I have no intentions of listening to him, but since I can’t skip the ballot box all together without attracting suspicion, I will find myself at some point between 6 a.m. and 11 p.m. on March 4 in our drafty elementary school with a responsibility that feels as though it far outweighs my one measly vote.

Do I fall into line and vote as ordered? Or do I break ranks and stick with the Greens while my mother-in-law’s disembodied ghost head floats above me tittering in disappoint and disgust?

I think I’m just going to follow the example of my very astute younger sister and simply write “Elisa for President” instead.