Euro on the horizon 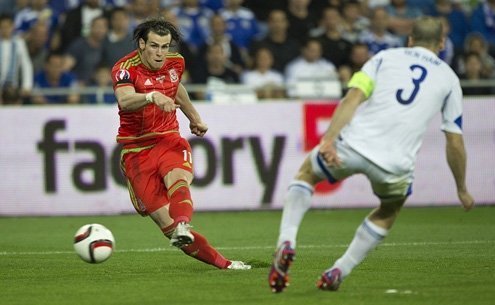 Gareth Bale-led Wales vs. England in the small French city of Lens promises to attract tens of thousands.
J

ust-ended 2015 was a watershed year in international football, and not for things that happened on the field. For decades now, dark clouds have gathered over FIFA, the game’s international governing body, whose web of corruption seemed to only grow stronger as it became more comically obvious. The year witnessed the culmination of U.S. and Swiss-led criminal investigations that led to high-profile arrests and, eventually, the suspension of FIFA president Sepp Blatter.

While most football fans will be happy to see the crooks side-lined and some belated justice served, the grim reality remains, for now, the same: the 2018 World Cup will be held in Russia and 2022 in Qatar.

The latter’s logistical and moral problems are already well-documented: the tournament will be held in winter to keep Hades away from players and fans, thus disrupting just about every top-tier club competition in the world, while the stadium construction has confirmed the existence of organized 21st century slave labor.

Russia is comparatively less problematic, but only slightly. Even ignoring geopolitical events in its backyard and further afield, the recent allegations of state-sponsored doping make it a questionable venue for hosting a Winter Olympics and World Cup in the space of four years. It is also unclear how a fairly rigid visa regime will accommodate hundreds of thousands of traveling fans.

What, then, do international football fans have to look forward to?

The European Championships in France this summer will be the major event on the 2016 calendar, and its new format will provide a much-needed antidote to the staleness and toxicity surrounding the international game.

While Frenchman Michel Platini, president of the European football’s governing body UEFA, has received the same eight-year suspension from the FIFA ethics committee as Blatter, it should not take any of the shine away from his brainchild.

Both FIFA and UEFA have recently sought to conquer growth markets by hosting tournaments in South Africa and Ukraine. This time, UEFA has returned their showpiece international event to the heartland by hosting it in France, while bringing more countries onside by changing the format.

Euro 2016 will feature 24 teams rather than the customary 16. Rather than the traditional four groups with two teams progressing from each, the 2016 edition will feature six groups from which the top two teams will progress, along with the four best third-placed teams.

The third-place route offers the enticing prospect of less meaningless games and more unpredictable pairings in the knockout round. Two early losses will no longer condemn a team to an irrelevant final group stage fixture. Nor will the four lucky third-best teams know until all is said and done in the group stage who they will be playing next; gone with the old Winner A vs. Runner-up B scenario, and in with the Winner A vs. 3rd Place Group C/D/E quagmire. The new formula may harm Thomas Cook’s ability to sell travel packages, but someone will profit from selling a cheat sheet that is decipherable to the common and potentially inebriated fan.

With 16 rather than eight teams making up the knockout stages, the Euros will feel increasingly like a World Cup in its rhythm and length.

More importantly, the changes will be palpable on a sensory and spiritual level, one that will also resemble a World Cup. Albania, Northern Ireland and Wales are first-time participants that will bring freshness to the field of teams. It seemed like destiny in December when England was drawn against Wales in Group B, and with the addition of eight teams to the fold there is an increased probability of these passionate rivalry games. Inhabitants of Lens may feel less positively on June 16 when the English and Welsh fans descend via the Eurostar onto their town of 30,000.

None of the newcomers will bring more intrigue than Iceland, though. With just over 300,000 people, Iceland is by far the smallest nation to have ever qualified for either a Euro (previously Slovenia with two million people) or a World Cup (Trinidad and Tobago with 1.2 million). On the continent’s geographic periphery and perhaps best known in contemporary pop culture for a volcanic ash cloud, Iceland presents both an instant underdog favorite and a genuine chance to increase our knowledge.

Cynics may argue that relaxing the quota of Euro entrants may dilute the level of talent, but the qualifying stages for the tournament were hardly a tour de force by the traditional powers. Germany struggled to win its group while the Netherlands failed to even qualify. It seems safe to say Italy is a receding force, even if most teams would hope to avoid it. Belgium, a team that did not even qualify in 2012, currently lead the FIFA World rankings and will be favored against Italy in Group E.

While the rankings are not without their biases or methodological criticisms, it should be added that each of the 24 qualifying teams currently fall within the top 38 in the world. At the 2014 World Cup in Brazil, all four of the Asian representatives were ranked outside the top 40.

Even if the usual pecking order is restored in France, what cannot be denied is that much of the continent’s can’t-miss talent originates outside of the traditional power centers. Gareth Bale (Wales) and Zlatan Ibrahimovic (Sweden) are arguably two of today’s three most electric European talents along with Cristiano Ronaldo, and a national team tournament that brings them all together is long overdue.