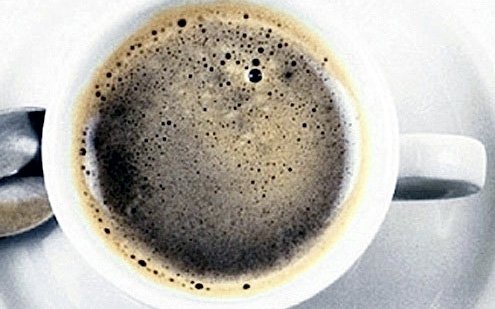 This, not cappucino, is the lunch-chaser.
W

hen I first moved to Italy, I got into the habit of heading down to my neighborhood coffee bar after lunch for a cappuccino. The experience would play out the same way every time.

“Cappuccino?” the puzzled barista would ask, eyebrows raised high onto his forehead. I’d nod, and a minute or two later he’d place the cup in front of me with exaggerated care, announcing,“Ecco! Un cappuccino!”

Confused, I figured I wasn’t pronouncing the word right, so I asked my Italian friends for help. I practiced until the word rolled off my tongue like a Roman. Still, every time, the scene would repeat itself: “Cappuccino?” he’d ask again, feigning surprise.

Eventually, I figured it out — my problem was timing. Nobody, it seems, is supposed to order a cappuccino after mid-morning. Who wants all that milk sloshing around in a belly full of good food when coffee alone would be just right?

This, you see, is a country that takes its coffee seriously.

The basic measure of coffee in Italy is the “caffe,” which is an espresso. With half the amount of liquid — really just a few syrupy black drips in the bottom of a cup — you get a ristretto. Twice as much liquid with the same amount of coffee is a lungo. Add any more water to the coffee than that and Italians refuse to claim it as their own: it becomes an americano.

The name changes if you want to add a bit of grappa to it. There are eight or nine ways — including the aforementioned cappuccino — to order coffee and milk in different proportions, temperatures, and consistencies. You can even specify what kind of container you want it served it (recently, I’ve been ordering my coffee “al vetro,” or in a clear glass, which makes it easier to admire the coffee’s color and consistency, and — as the weather cools — to feel the coffee’s welcome warmth in your hand).

But however it’s ordered, Italians see coffee as a magic liquid. Putting the coffee cup down means the meal is finished. I’ve been told with a straight face that the same coffee that helps wake you up in the morning helps you sleep soundly at night. A few coffee beans in a glass of Sambuca brings good luck.

Italian coffee has a certain nobility. There is still not a single Starbucks on Italian soil, though the company has been threatening to open locations in Italy for several years now. No coffee bar I’ve been to on the peninsula offers a frappuccino or a double decaf macchiato with caramel flavoring. The country has for the most part been spared the indignity of the paper coffee cup designed for sipping on the go.

— Don’t sit down. Not only is nursing a caffe macchiato at the table several times more expensive than drinking it at the bar, it’s a coffee sin nearly on par with ordering a cappuccino after a big meal. Drinking a coffee is more social at the bar. And you should probably drink it faster than you could walk it to a table — almost like throwing back a shot of bourbon in an old Western.

— The best coffee comes from bars that ground it as needed and that blend different types of beans. You can see the grinder — a big glass basin holding whole beans that are ground for each order — and you can ask the barista if the basin actually holds a mix of different types of coffee or roasts. Or just taste. The difference is obvious.

— The worst coffee comes from a coffee maker cold from lack of use. That could happen early in the morning after the machine’s been off all night; even more so on Monday when the previous cup was poured on Saturday. The worst bar-made coffee I’ve had in Italy was served to me fairly recently, early in the day after my neighborhood bar had been closed for its two-week summer holiday. I grimaced as I put the vetro to my lips and the gritty, bitter brew touched my tongue. The same barista who used to scoff at my 2 p.m. cappuccini threw his hands in the air, exclaiming, “Even the American knows our coffee isn’t fit to be dumped in the Tiber!”

— Rules are made to be broken. I’ve found there is one time when it’s OK to order a cappuccino after breakfast: when the weather is cold. Then, the coffee’s magic kicks in, and the same milky mix that is an inappropriate presence in your tummy when the weather is moderate will warm your soul on a cold and blustery afternoon.